Just hours after guiding Wimbledon to another League One victory, Mark Robinson was providing coaching tips for aspiring young footballers at a school just around the corner from Plough Lane!

Young Wimbledon supporters at Smallwood Primary School were delighted when our Head Coach dropped by to join in with their football session – and Haydon the Womble was greeted like a superstar!

As part of the EFL Day of Action – clubs around the country showcased their fantastic work in the community – the Sky Sports cameras were also present.

Andrew May, Education and Sport Manager at our Foundation, said: “We’ve been running an active Dons Holiday programme at Smallwood over Easter. It is a free provision and they do a variety of sports, plus a bit of dance and drama. They also get a free lunch as well. It’s funding we’ve been given through the Foundation. This is one of four venues that we’ve been running the initiative from and it’s just around the corner from Plough Lane, so it’s ideal.

“There have been a lot of Wimbledon fans and we even had a Wimbledon academy player taking part today. There’s a lot more people really understanding our story and what the club is all about (since we moved to Plough Lane).” 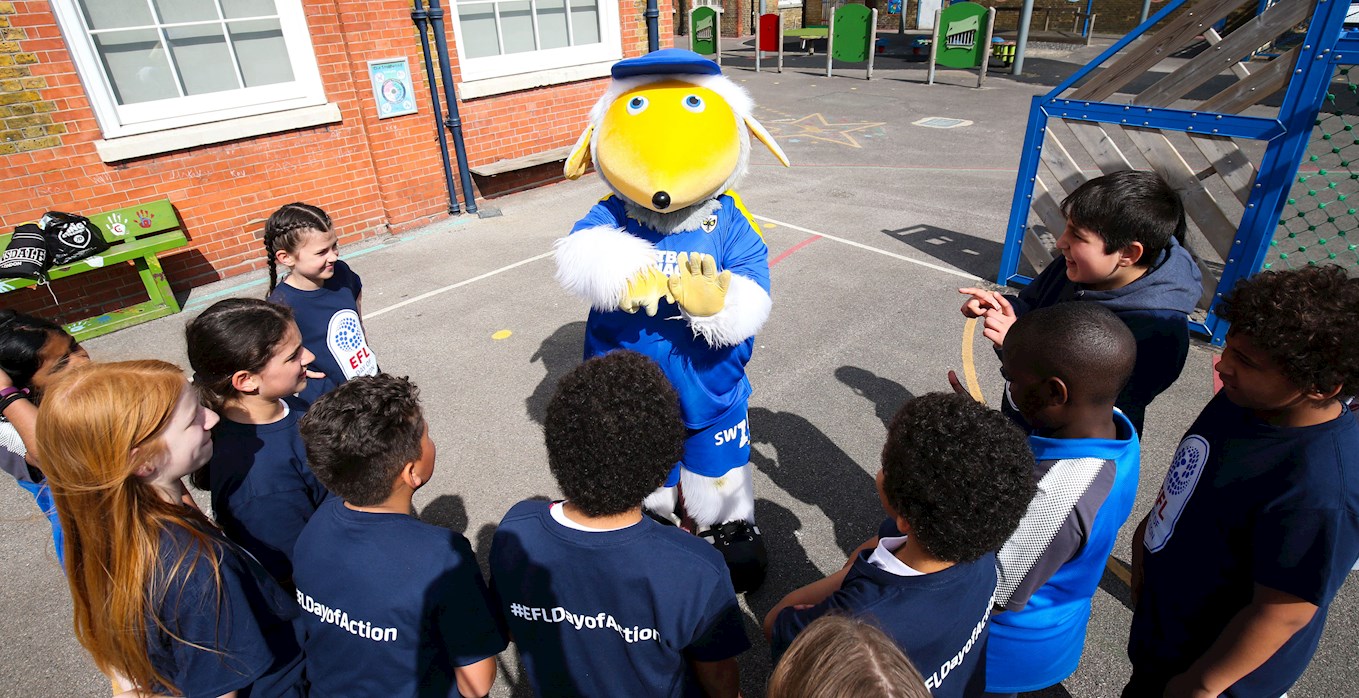 Mark Robinson said: “This is so important and the Foundation do a fantastic job. We have to grow everything that we do: we have to get myself and the players more involved. The players realise what a massive impact they can have on these kids and how positive it can be. We have to keep growing this side of the club.

“A few of the kids knew that we beat Ipswich, which was nice! There are some Wimbledon fans here and we want to see Wimbledon shirts when we are walking around. It’s great having a stadium, but when I come out of my front door we don’t want to see Arsenal and Chelsea shirts – we want to see more Wimbledon shirts. We’ve set the target as a team to successfully continue the greatest story in football and I think that should be the club: every department should be looking to do that.”