Mark Robinson was delighted with his side’s attacking play today as Wimbledon took a step closer to League One survival with a convincing win.

A swashbuckling display swept Swindon aside and the margin of victory could have been greater than 4-1 in Wimbledon’s favour as the woodwork was struck three times.

“Going forward, it was the best we’ve played, no doubt,” said Robbo. “We played so quickly and in varied ways, whether it was quick combinations, one touch stuff, or going in behind. There was a bit of everything going on, as well as some great individual skill as well. That carried on for the beginning of the second-half as well. Going forward we were so exciting, but there were things we still needed to improve upon defensively.

“Steve has been brilliant. He fed things to me after the Plymouth and Fleetwood games after I thought we played well. I took what he said into a meeting, before taking it into training. I think it has made a difference. That’s Steve’s job, to be looking from the outside and picking up on things that we miss, and then it’s my job to implement it into the training. At the moment, we’ve done that, but now it’s about maintaining it and looking at other aspects, so that we keep it going.

“It was a great header by Will and fair play to Andy as that’s another set-piece, but there’s a lot of other work he’s doing too. He’s about restarts and us gaining momentum from every restart, whether its their restart or ours. There have been huge improvements in that too, so he has done well.”

Despite moving five points clear of the relegation zone, our Head Coach added that no one will be resting on their laurels - and he was far from pleased with the defending at times.

“Obviously, we are happy and you have to celebrate and enjoy your football, but the standards have been set and we are having those discussions," added Robbo. "We shouldn’t be finishing the game flat. There are two ways you finish that game. You could finish it pressing because we put on five subs, or you finish it in a good shape and moving the ball around, so that they are chasing shadows. That didn’t happen and that’s where the standards have to be. We have to prepare for the next game and take more points and that has to continue right until the end of the season.

“I didn’t think we looked as solid today in certain areas. We could have found ourselves 1-0 down early on as we didn’t start the game well enough. We’ve had a chat in there and if this happens again and we are in front we need to look at how we finish games better.”

We also caught up with Joe Pigott and Will Nightingale straight after the game today. Our top scorer celebrated a landmark goal with his 50th for Wimbledon, and Will scored his second header in just five days! Click on the link below to watch Rob Cornell's interview with Joe and Will. Pic credit: Ian Stephen, Pro Sports Images. 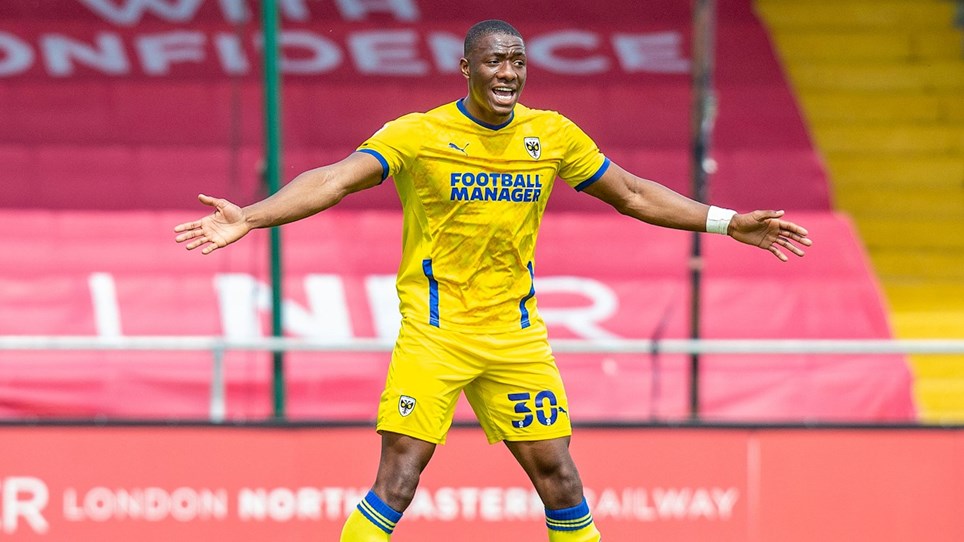 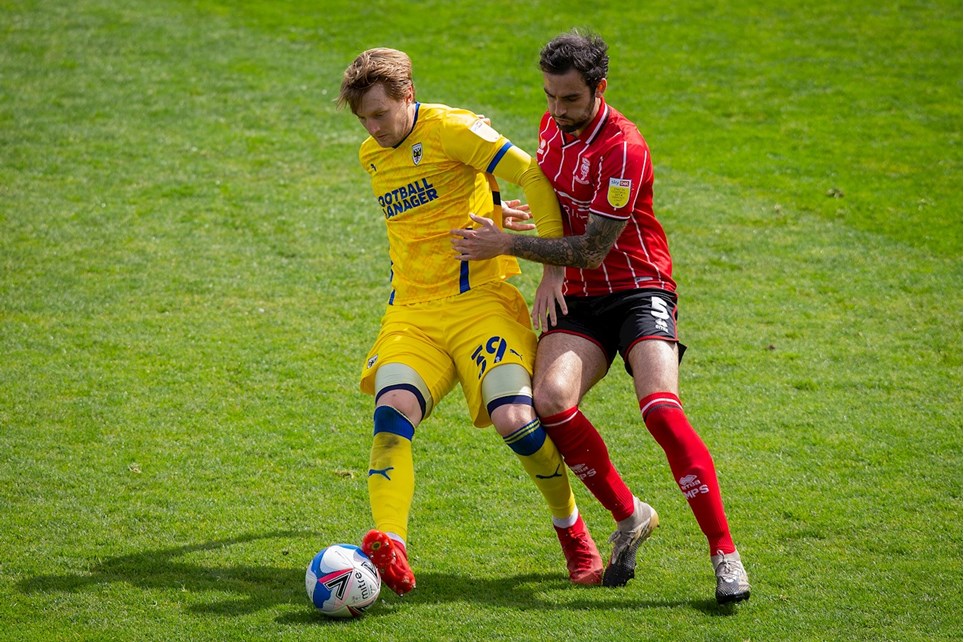