This week we are counting down to one of the biggest moments in Wimbledon's history by recalling great matches from our first Plough Lane era.

Ahead of our first league match back at Plough Lane with supporters in three decades, Stephen Crabtree looks back on memorable matches at the old stadium. The picture above shows Dons players - including Wally Downes - celebrating promotion 42 years ago.

Just two years after Plough Lane had hosted Football League football for the first time, the Dons were upwardly mobile again. A come-from-behind victory over York City was not designed to ease the nerves of the near 4,000 crowd but when leading scorer Alan Cork smashed home the winner with five minutes to go it led to a pitch invasion and the scenes were repeated when the referee’s final whistle signalled that Wimbledon had been promoted.

In an echo of Mark Robinson’s approach today, manager Dario Gradi had unashamedly opted for youth when taking over 18 months earlier and his faith in teenagers Alan Cork, Steve Ketteridge, Wally Downes and Steve Parsons had been amply rewarded. Up with the leaders all season, the Dons had secured Third Division football with two games left to play.

“There is a ten-year plan to take this club into the First Division pinned to my office wall,” chairman Ron Noades revealed. “Last year was for ground improvements and this year it was things on the field. Some have been surprised by the way things have gone this year but there is a good spirit about the place. Everyone works hard ... directors, committee, staff and players. Our support is not very large yet but, with a few more nights like this, we will improve it.”

The picture below shows Alan Cork striking home the winner. 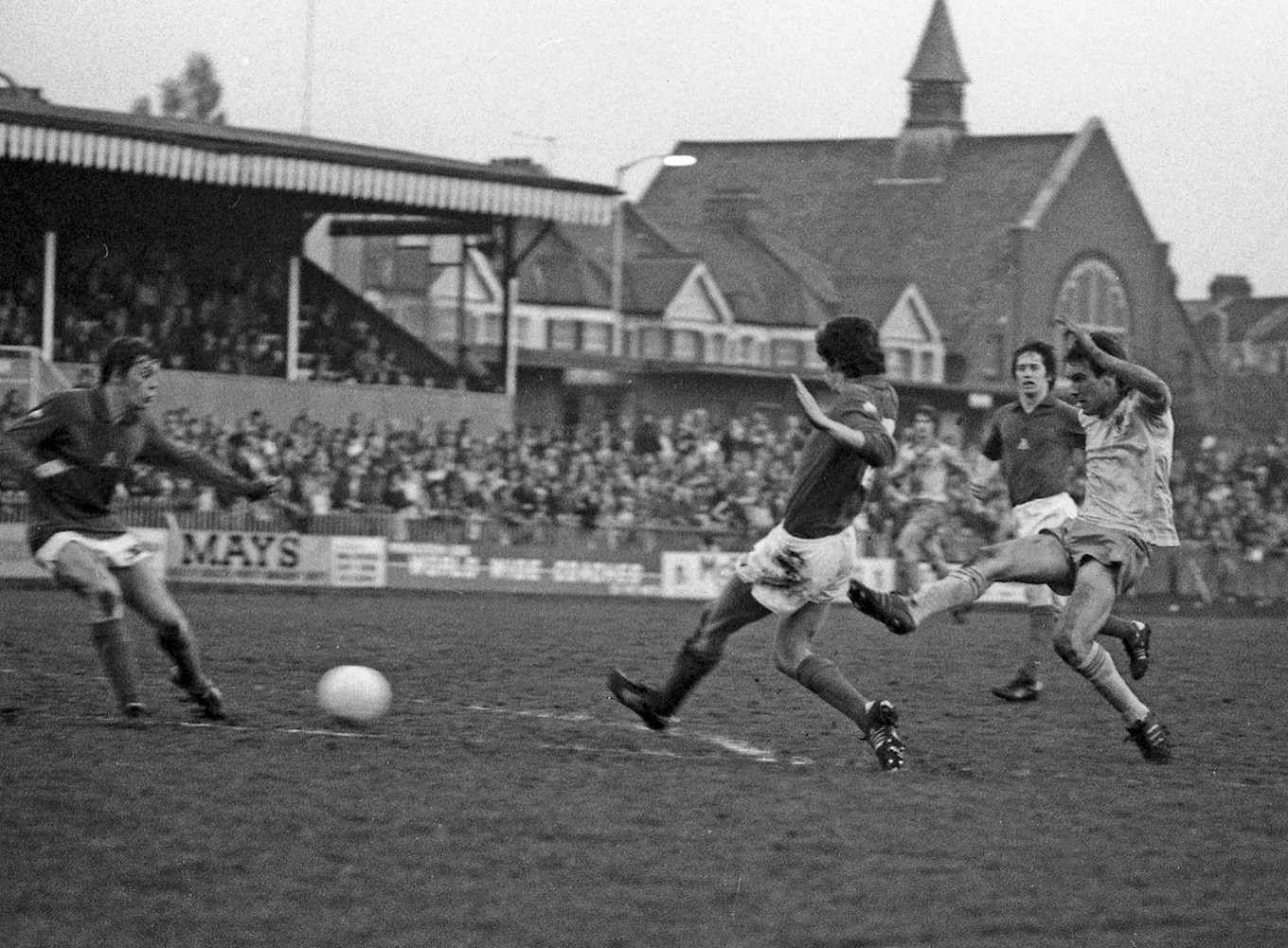