With the Dons returning to playing in front of fans at Plough Lane after 30 years, we are counting down with a reprise of five great matches at the old ground.

Today, we start with a memorable cup upset - something that would be repeated time and time again by the Dons throughout the decades!

It was the afternoon that Plough Lane witnessed the Isthmian League Dons take a first ever Football League scalp. Despite conceding most of the possession to Third Division Colchester in an FA Cup first round tie, the hosts emerged victorious, leaving United boss Ted Fenton to admit; “Wimbledon were the better side on the day and took their few chances in grand style. We didn’t, and paid the penalty.”

Forced to play all but 15 minutes of the first half with just ten men after midfielder Bobby Ardrey went off with a cut to his head, the excellent Roy Law repelled a number of Colchester attacks before Geoff Hamm played Les Brown in on goal just before the half hour mark and he beat Percy Ames with low drive that sent the 9,500 crowd wild.

With the heavily bandaged Ardrey returning but forced to play the second half out on the wing, the visitors continued to create and miss chances. They were made to pay when Eddie Reynolds (pictured celebrating above) volleyed home the second. Despite Martyn King reducing the arrears with ten minutes left the Dons held on for a famous victory. “We had the luck and you have to have it in cup ties,” said delighted coach Les Henley. “I thought we were well on top in the second half and deserved to win.” 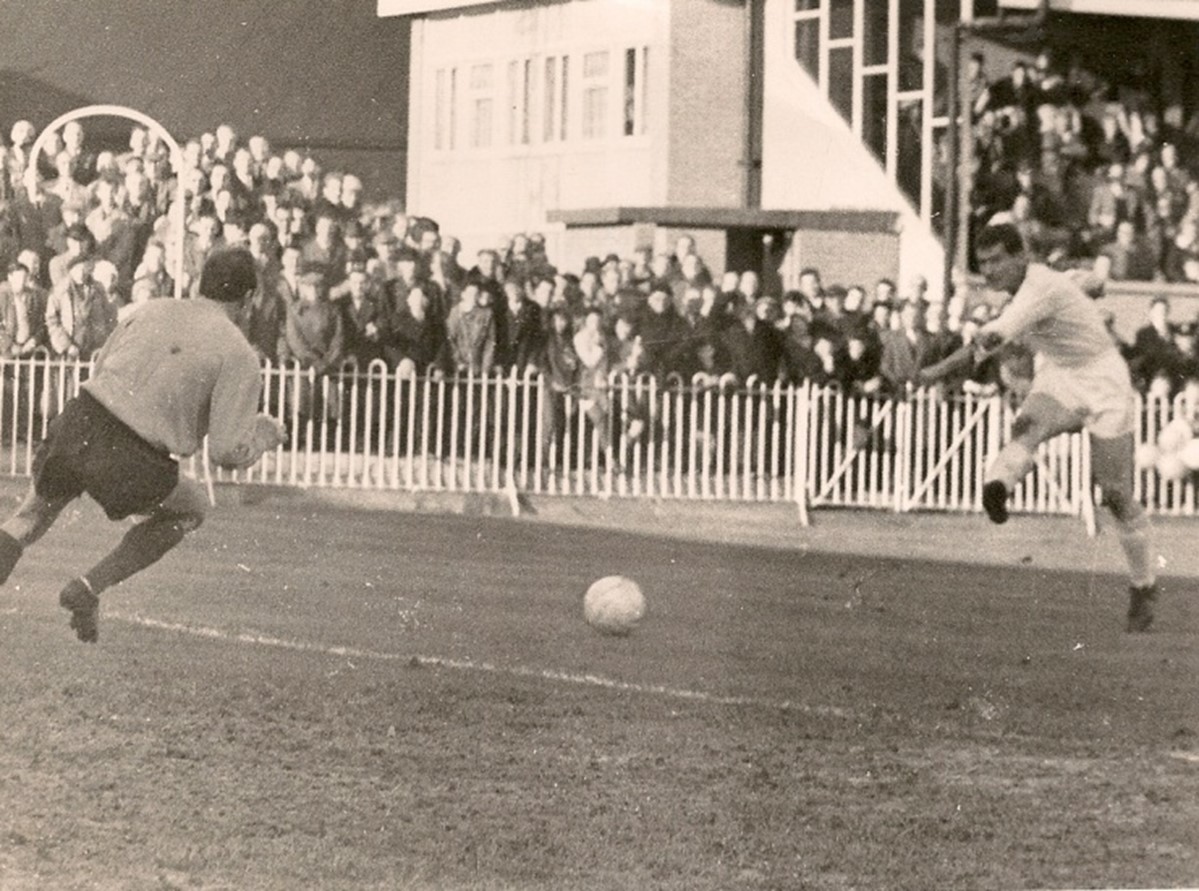