The visit to Arsenal next month will reignite the debate about who was Wimbledon’s greatest ever player, writes Stephen Crabtree.

While goal scorers such as Alan Cork or Lyle Taylor often make headlines and swashbuckling midfielders like Robbie Earle or Dennis Wise take the plaudits, left back Nigel Winterburn won the supporters’ poll for player of the year in each of his four seasons at the club before he moved to Highbury in the summer of 1987. A remarkable achievement for a defender.

Quick and ferocious in the tackle, his marauding forward runs were a feature of Dave Bassett’s side as they won two promotions in three years before taking the top flight by storm in 1986/87.

“It’s amazing looking back,” he said in an interview for the latest edition of The Historical Don. “Imagine how it would be reported today if a side came up from the Championship and finished sixth in the Premier League having won at Anfield, Old Trafford and Stamford Bridge. Yet at the start of the season people were saying we were certainties for relegation and that we might get the lowest points total ever.”

The picture above shows Nigel crossing the ball during Wimbledon's opening match of the 1984/85 season against Manchester City.

After four years at Plough Lane he went on become part of the Arsenal side that famously won the league title at Anfield on the final day of the 1988/89 season – and the silverware just kept on coming for Nigel with the Gunners.

To this day, Wimbledon are still the only side since the Second World War to win at Liverpool, Man United, and Chelsea in the same season. The Dons won 4-0 at Chelsea, 2-1 at Anfield, and 1-0 at Old Trafford – completing a league double over United!

Speaking about the achievement a few years back, Dave Bassett said: “Our team had been together for a while and we had a number of players who had come through the youth system. Kevin Gage, Brian Gayle, Andy Thorn, Glynn Hodges were just some of the players who had come through the ranks. Dennis Wise came a bit later, but Dave Beasant, Nigel Winterburn, and Alan Cork had all played for us in the third and fourth divisions. We did not buy loads of players for the top-flight, but we had a good team that had come up through the leagues and we had a great spirit.”

Nigel’s recollections form part of a new edition of the Historical Don, a popular fanzine that also features an interview with Glyn Hodges on growing up at the club in the 1980s, and Terry Burton’s memories of the Dons’ first season outside the top flight for 14 years in 2000-01.

The Historical Don will be on sale around the ground at the match against Oxford United on Saturday for just £2.

The picture below shows Nigel in his Arsenal days, taking on Terry Phelan, his successor at left-back, in a game at Highbury in January 1992. 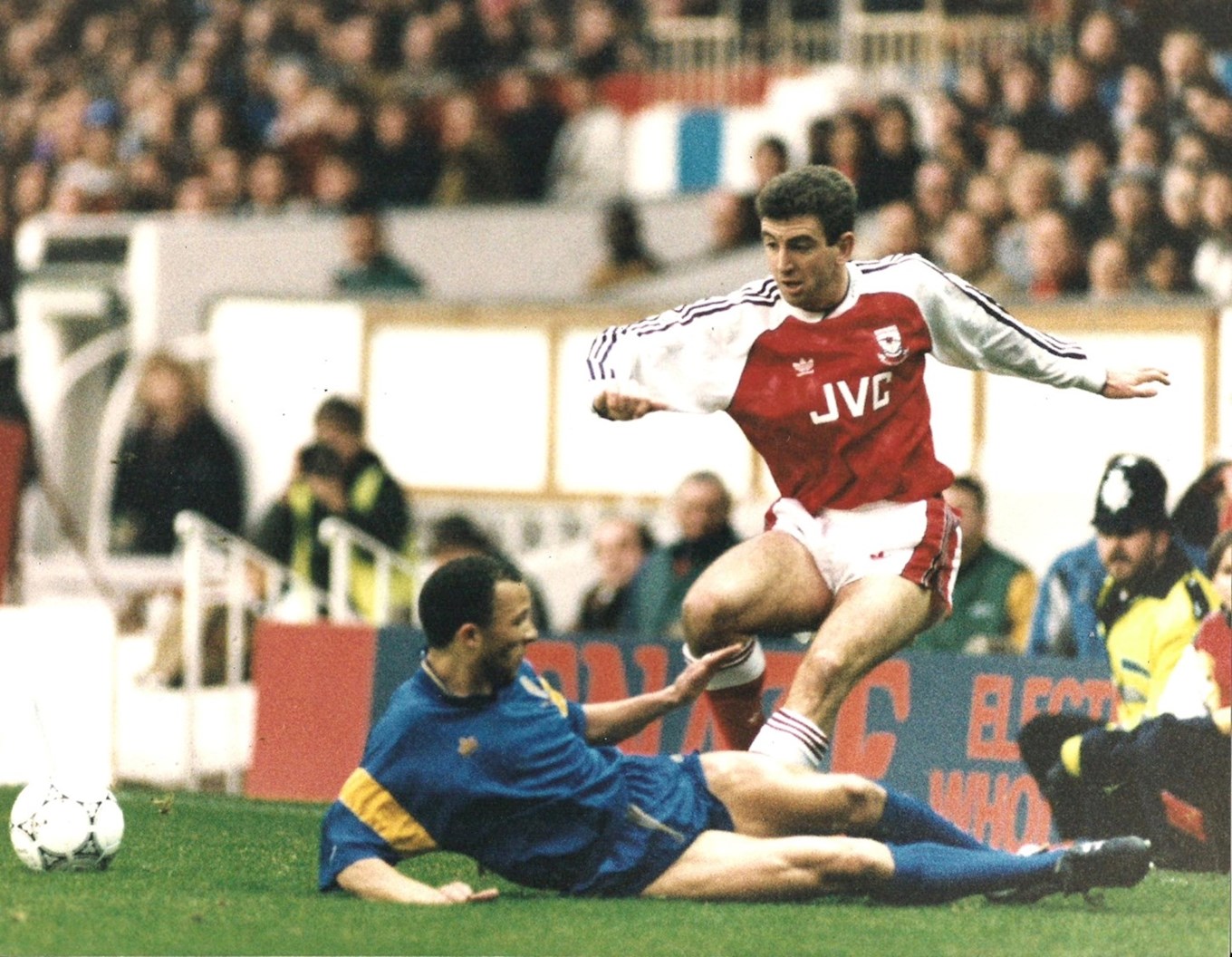