Nesta Guinness-Walker and Ethan Chislett share a renewed responsibility to step forward and help our rejigged squad to achieve success this season.

Team-mates from their non league days with Met Police, the pair were both on target in our opening league game of last season, a 2-2 draw at Northampton Town, and they are optimistic that Wimbledon can push higher up the table in 2021/22.

Nesta, who has made 61 appearances in two seasons for us, said: “Building those relationships on the pitch is good for the team. You want to have those links, we are both on the same page and we know each other’s style of play. I think that filters throughout the team, and these are links that give us cohesion. We like to play fluent football and hopefully the fans get to see that this season.

“Even though most of the team is still together from last season, I feel we’ve got a certain level of responsibility to step-up and show the new lads what Wimbledon is about: to show them the values that Robbo has drilled into us.

“Robbo knows each of us as individuals, and he has been spot-on since he came in as Head Coach. It’s refreshing that we’ve been given that freedom to express ourselves in the final third – to be exciting. We’ve got great talent throughout the team, so it’s just good to have that belief from the manager to produce. As a team, we have to make sure that we’ve got that solid base to build on. We’ve got the potential throughout the team to score a lot of goals, and hopefully we can show that this season.”

Ethan’s first season with us was interrupted by injuries after a bright start and he is determined to contribute more to the team this time around.

“I’ve been working hard in the off season and pre-season with Tim and Chris, just to strengthen in all areas. For me personally, I want to score more goals, get more assists, and help the team, as I’m sure Nesta does. We all want to create history, and all the players know that. The club has an amazing history, but we want there to be a bright future as well.

“Robbo came in with slightly different philosophies, and depending upon the players in the team that can be a difficult thing to do, but he has made it seamless, which is a credit to the manager that he is. Robbo has instilled a mentality into us that is based on the approach of ’80 per cent us, 20 per cent them’. We are focusing on us going into the first game of the season, as opposed to them.

“We want to get the highest points total for Wimbledon in League One, I think that’s achievable with the group of players that we have. It all starts on Saturday though, and three points is a necessity.” 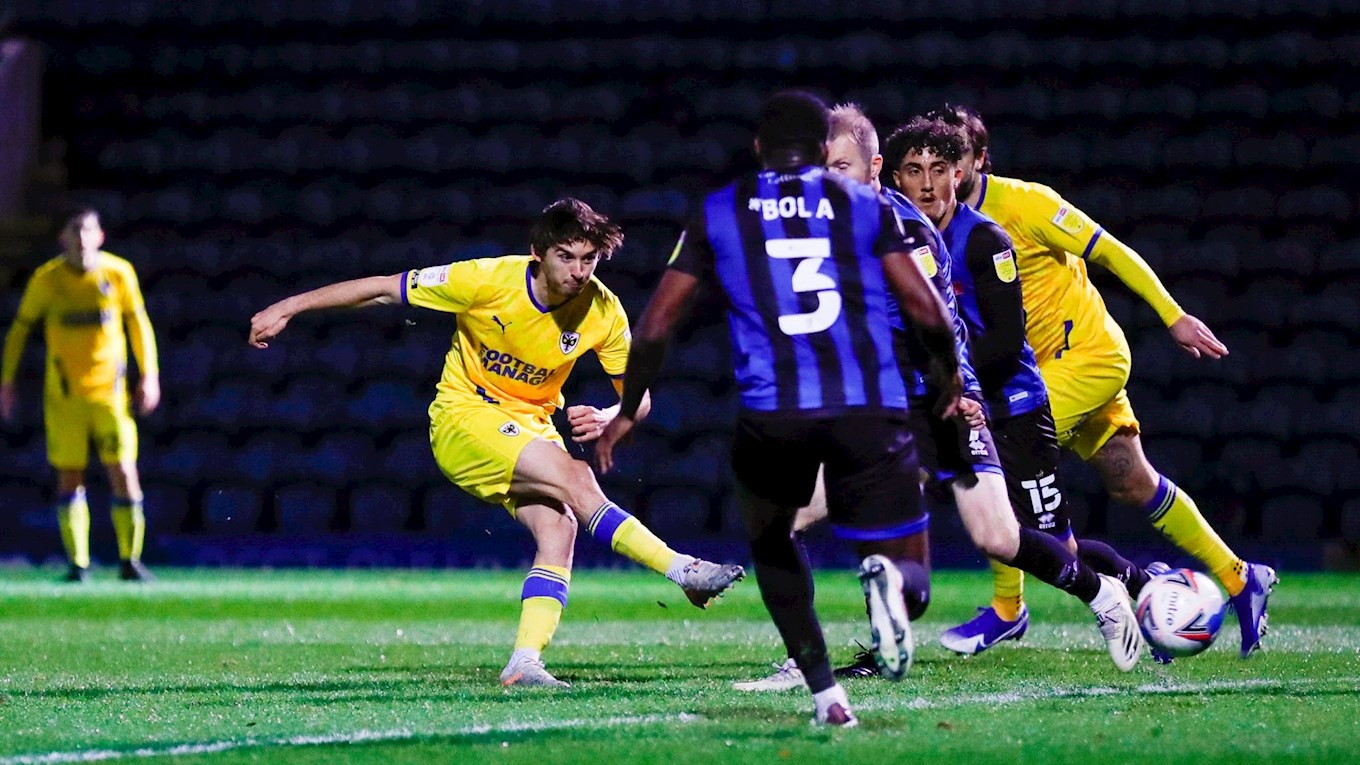 On the prospect of playing in front of a travelling Dons support for the first time this year, Nesta said: “We can’t wait, especially for the support that we get from the fans – they are definitely our 12th man. From staff to players, we are just buzzing for the fans to be able to come and support us. Hopefully, they will be there in loud voices at Doncaster, and helping us to get a result.”

Ethan added: “The past year has been weird for everyone involved in football, but I’ve never experienced the Dons fans in full force. I was involved in the Liverpool game and pre-season test events, but not with all of the fans there, so it will be great to experience that.”