Mark Robinson today provided an upbeat bulletin ahead of the big kick-off with almost a full squad to choose from for Doncaster on Saturday.

New signing Dapo Mebude is not considered quite ready to be included in our matchday squad, but our Head Coach reported no fresh injury concerns before the trip to South Yorkshire.

Robbo said: “Dapo did his first training session with us today, so it will probably come a bit too early for him. He’s the only one not ready and everyone else is fighting for a place. I said to the players today that they need to be giving me a massive headache, and up until now they are.”

With eight new signings made during the summer, Robbo spoke enthusiastically about his squad – and he is excited by the prospect of helping young players to flourish.

“George Dobson was the only one that we missed out on, but then we brought George Marsh in, and he was a target anyway,” said Robbo. “We have to be pleased with the signings we’ve made, and the young players we’ve attracted here. I know when any club signs a player they always say there was interest, but there was genuine interest for these lads from so called bigger clubs. Now it’s about getting their talent, and making it work.

“If it gels quicker than you think, fantastic, but it’s going to take an amount of time. It’s just that adaptation to men’s football. That’s where myself, and the other coaches, have to deliver, and not be knee-jerk in our reactions. That doesn’t mean we don’t expect hard work. They have to give everything, but at the same time we’ve got to realise that there’s got to be some adaptation. It’s our job as coaches to make sure that happens as quickly as possible. I think we showed that when young Ayoub made the transition into men’s football. Once it all gels it should be very exciting.” 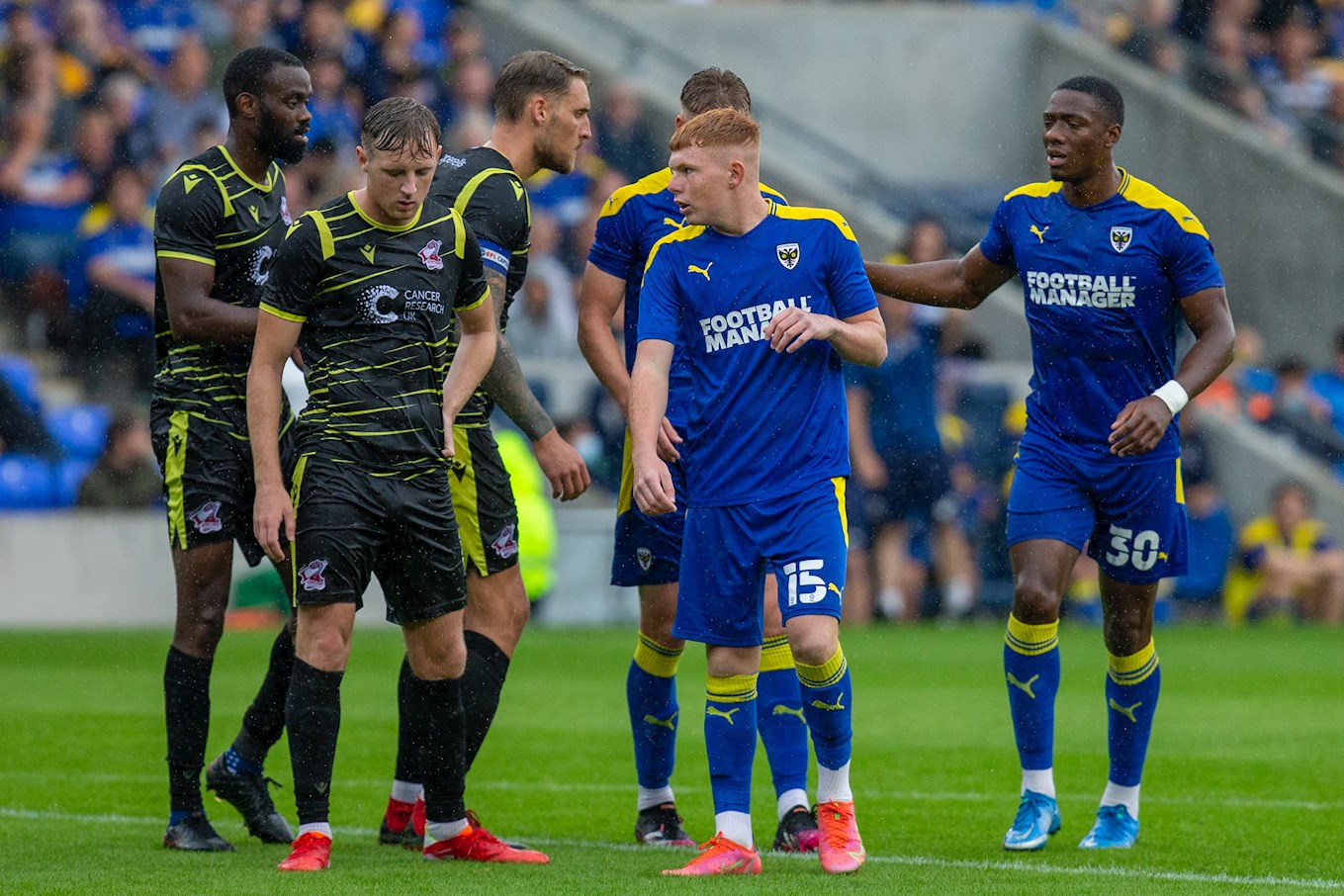 Alfie Bendle is a player who certainly showed promising signs for the future in pre-season and Robbo revealed that he has signed scholarship forms with the Dons. At the age of just 16, Alfie (pictured above in match action versus Scunthorpe), who was previously with Brighton’s academy and Lewes FC, is likely to be in our first-team squads very soon.

“I really rate Alfie, and it was important to sign him," added Robbo. "Even at first-team level, you can see how vital it is that you have an environment where you develop players because this lad could possibly walk into any club. The fact that he has chosen to come here – and he was pushed into our direction because this was recommended as the place for him to go – is massive for us. We’ve just signed a very talented young man.

“He is actually a more advanced midfielder – he’s more an 8 or a 10 – and he’s starting to show that more in training by being creative. He picks out clever passes and he can finish. Although he can play as a four, he is definitely more of an 8 or a 10.”

Speaking about his approach to tackling Doncaster on Saturday, Robbo will be sticking to his principles of focusing on the strengths of his own side – something that worked very well during the latter part of the previous campaign.

“First and foremost, you don’t look at history because it means absolutely nothing. We will stay with the approach of 80 per cent us, 20 per cent them. We need to have a massive emphasis on what we are capable of, and make sure the player feel confident enough to implement that.

“Doncaster play good football, and if you don’t get things right they will hurt you, so we need to be excellent off the ball and made sure that if we press we know when to go. If not, we need to be in great shape because they will carry a threat. We know exactly what to expect from them, but if we end up totally obsessed with what they are going to do then you don’t do anything yourself. It is just getting that mixture right.

“I think that having flexibility in terms of formation can be a strength of ours. I looked at Peterborough last year and I thought that was a massive strength for them. In the first-half against them last season we were very good, and then in the second-half they came out with a completely different formation – using natural width – and the game was all over in 10 minutes. That was because they completely took us by surprise. I want us to have the ability to do that.

"It’s not about tinkering, but it’s just about having that ability to recognise that something is not working, so we do something else. People forget in football that no matter how much you prepare and you want to hurt the opposition there are 11 blokes and another coaching team who are trying to stop what you want to do, so you need to have that ability to change and give them a different problem.”

You can watch Rob Cornell’s extensive interview with Robbo by clicking on the link below.