With just one day until our first league match at Plough Lane in front of fans for three decades, we continue our countdown with a look back at a memorable victory from 1990.

Top-flight title contenders simply hated visiting our old ground and on this occasion Arsenal, defending the Division One crown that they famously won at Anfield on the final day of the previous season, came a cropper. The picture above shows former Don Nigel Winterburn battling for possession back at Plough Lane.

It was a game that epitomised the weird and wonderful chemistry between Bobby Gould and Sam Hammam in the days when Plough Lane played host to the best teams in the land. Humbled in the third round of the FA Cup at lower league West Brom the previous Saturday, the manager announced in advance of the visit of champions Arsenal to SW19 that the performance had been so bad he was dropping several of his star players.

“Sam Hammam had it written in my contract that he had the right to change my selected team 45 minutes before kick-off if he chose,” manager Gould recalled. “Sparks always flew between us anyway, but the balloon went up when I left out Terry Phelan, Dennis Wise, John Fashanu, Carlton Fairweather and Terry Gibson after we had lost at the Hawthorns. I accused the players of coasting and behaving like fat cats. Sam was steaming and let it be known he was not happy.

“I had several of the directors’ call me on Friday night to get me to change the team, but I refused saying that if Sam wanted to alter it he should see me the following day. There was no sign of him. I had put John Gayle up front in place of Fash and he battered Steve Bould and Tony Adams. I brought Mickey Bennett off the bench and he scored the winner with two minutes to go. Afterwards Sam was snarling at me, before a grin broke across his face: “Don’t do that again. You manager, I owner.” 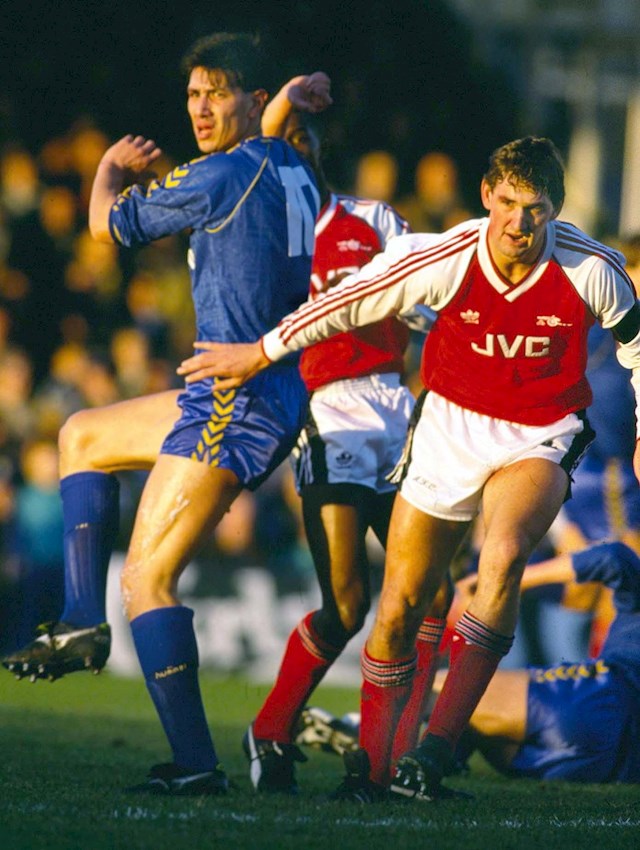