His midfield displays this season have caught the eye, but there’s been a welcome distraction from football for Anthony Hartigan with a new companion invited into his Chessington home!

With no games recently, ‘man’s best friend’ has kept everyone busy in the Hartigan household.

“Away from football I just like to rest and chill out,” said Anthony. “My Mum has a new dog called Maya. It is a French Bulldog so we are being kept occupied at home!

“I like to go out for walks, and I go to Kingston a fair bit on my days off, just meeting up with mates for a coffee. I’m not too fussed about doing a lot when I’m off.

“Nik (Tzanev) is just down the road from me, he lives in Esher, so we meet quite a lot and go down the gym when we are off. We often go for a bit of lunch afterwards. It’s nice to build relationships off the pitch, as well as on it.

“We are a tight-knit group and I feel that the closeness of the group translates to results on the pitch. We are in a good place at the moment, but we just need to keep going and push on.

“We need to keep working towards what we want to achieve and see where that takes us. If we keep on improving we could go under the radar. Who knows what can happen? It’s a long season and there are plenty of points to play for."

At the age of just 21, our home-grown midfielder has racked up 103 league appearances. Having joined us at the age of 14 when our dream move back to Plough Lane was a long way from coming to fruition, Anthony feels privileged to be playing a key part in the Wimbledon story.

“After coming through the academy and watching loads of games at Kingsmeadow, I’m now playing every week at Plough Lane, and that is special to me. Passing the 100 mark for league games is not something I want to dwell on. I want it to inspire me to keep progressing and to play as many games as I can.

“My Dad comes to every game and he’s been there for me since the start so he’s my number one fan! When I was a kid playing football I was just falling in love with playing the game. It’s a dream come true to be playing professional football. I’m still living in Chessington and there are a few lads I went to school with that are AFC Wimbledon fans, so they come along to watch me play at Plough Lane.

“It’s always nice to play at the new stadium. With behind-closed-doors football last year it just wasn’t the same and the fans are the reason why football is so good. For them to be back watching us every week is great and you can feel the connection between the fans, staff, and players. It’s really coming together.” 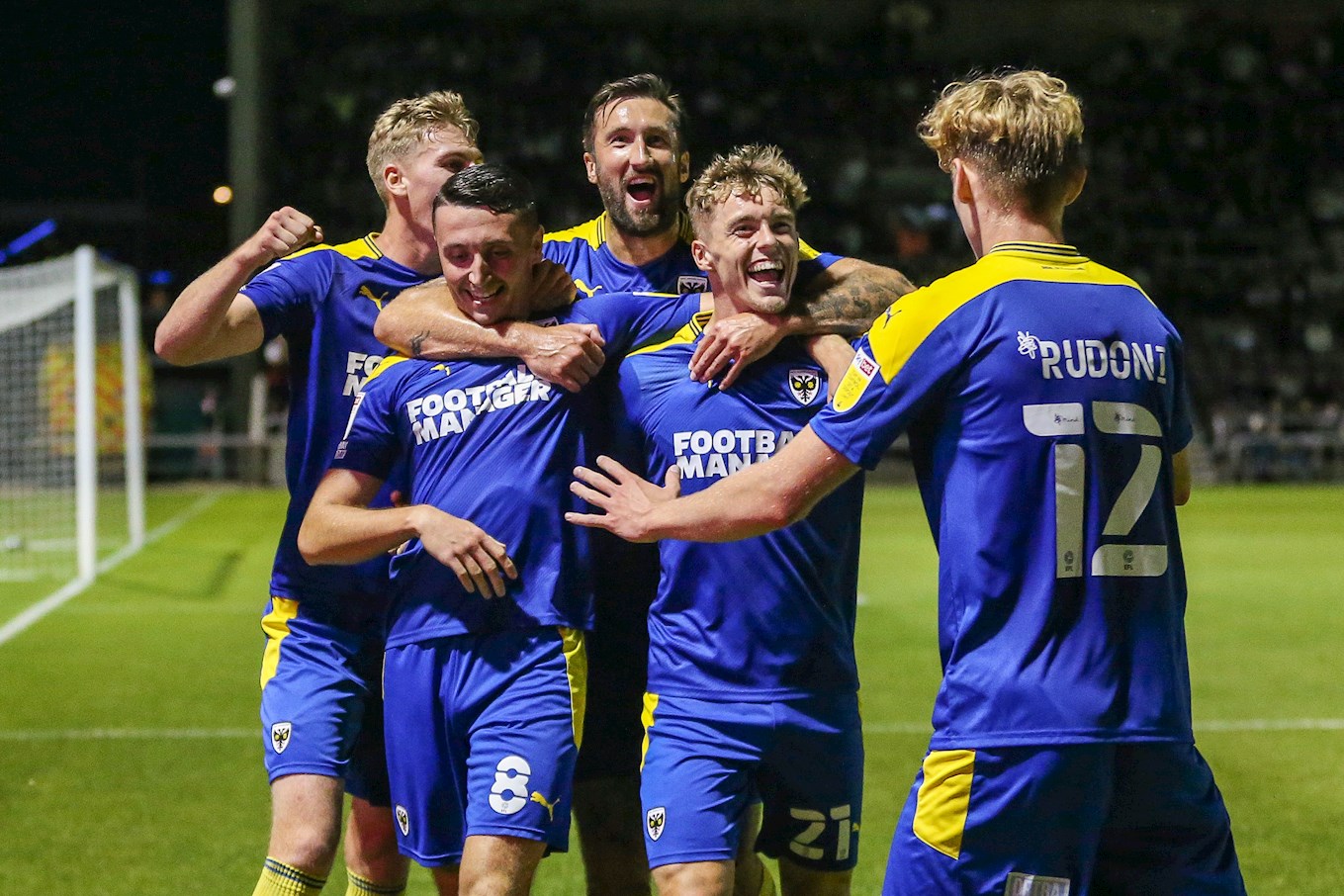 In comparison to other footballers picked up by professional clubs at a very early age, Anthony was something of a late developer as it was only in his teenage years when his talents started to get noticed.

“Chessington & Hook United was my local Sunday League team and I played there from the age of six until I was 14. I had trials at other clubs, but they didn’t lead to anything.

“I had a trial at Brentford when I was 14 and I also went to Norwich City Youth & Development Centre. That was at Tooting & Mitcham, where I ended up training with our academy. I was training with Norwich for about two months and after doing well I was asked to go and play in youth games to try and get into their academy, but it didn’t work out. I also went for trials with the Surrey Schools team, but I didn’t get in.

“I was a bit of a late developer, but I don’t think that’s the worst way to come through. When you do get a chance you have that determination to kick on and show what you can do in your career.”

Anthony has certainly done that since his big break seven years ago when his talents were spotted playing against us for a local coaching company.

“I played in a game for Pro Direct Soccer against Wimbledon and after that I was asked to come down for a trial. Jeremy Sauer (our former Academy Manager) was there, James Scott was the coach, and Michael Hamilton was also at the game. Robbo was the Under-18s coach at the time and Rob Tuvey was managing one of the younger age group teams. It’s crazy that they are in first-team management roles, but they’ve worked hard for it and deserve their opportunities.

“Whether it’s youth football or men’s football, everyone can still learn more about the game. We are a group of lads that are willing to learn and there’s a real determination to achieve something.

“It’s good to hear success stories from people in different sports. This is something Robbo has developed with coaches like Ben Ryan coming in. Everyone is successful for a reason and you want to learn from them as much as possible." 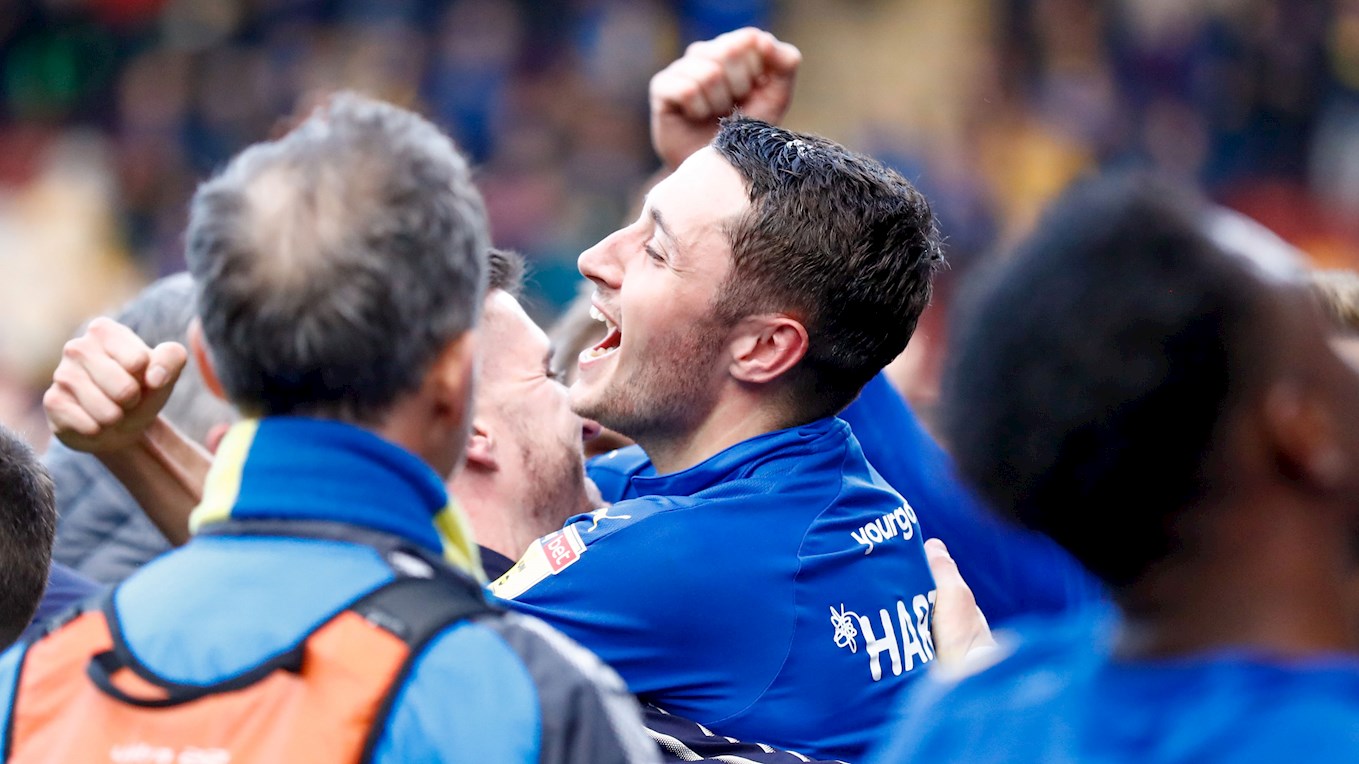 Anthony has relished being given more responsibility to pull the strings in midfield, and he feels that a good partnership has developed with Alex Woodyard.

“Personally, I feel like it has been a good start to the season, and it’s something I want to keep building on, but it’s not about me – it’s about the team.

“With the way that we are playing at the moment, I’ve got a bit of licence to get forward and shoot. I can now get into the positions to score, but previously I felt a bit restricted due to the style of play.

“I am enjoying my football now as I’m playing with a bit of freedom. It is just clarity that’s the main thing. I just need to keep learning so that I progress as a player.

“Woody is someone who helps me a lot with my game. He’s got loads of experience and it’s really enjoyable to play alongside him. I’m learning from him every day.”

His deliveries from set pieces have turned out to be a key weapon for the Dons this season and he was quick to acknowledge the impact of our Restarts Coach Andy Parslow.

“Free-kicks and corners are a big part of my game and it’s something I feel I’ve got to offer the team. I just want to keep contributing.

“Set pieces are a big weapon for us and we work on them together as a team. When I get the chance to practice after training I do that. When my deliveries are good I don’t like to focus on it too much – I want it to come naturally.

“I’ve taken set pieces in the past, but it’s only now that I feel we are making something of them. That’s not just down to the deliveries because the movement is also important. It’s down to the work that Andy Parslow is doing with the guys getting into the box.”

In his fledgling professional career there have already been plenty of stand-out moments, but Anthony struggles to select one highlight.

“I’m still in touch with players I came through the ranks with, including Joe Bursik. He came to the play-off final at Wembley to watch me when I played there for Newport. It’s good to know someone in football that I’ve stayed in touch with since academy days and he has kicked on in his career. We message each other regularly.”

A real positive aspect of this season has been the impact made by so many of our young talents and Anthony believes there’s much more to come.

“It’s exciting to be a part of a squad with youngsters stepping up and doing well in the first-team. You can call them youngsters, but most of them have been around the first-team squad for a couple of years now. We are all still young and still learning, but we’ve also got a fair bit of experience at this level as well. We just have to keep working hard together and supporting each other, so that we all progress.

“Every week is a step in the right direction and we just want to continue progressing.”