Cheye Alexander said the squad are raring to go for a ‘massive’ end to the season with Mark Robinson having had a positive impact upon the players.

Speaking ahead of the trip to Peterborough, the 26-year-old right back said: “There’s a positive attitude throughout the whole squad. The way the manager wants us to play is maybe suited to a few more players than with the other style. I think it’s just about being positive, being proactive, and being together. Being a tight-knit group is going to be big for us in the next couple of weeks.

“We expressed ourselves as a team at Wigan and also as individuals. The shackles are off, everyone is just ready to go, and to show what they are about, and to perform for the team. We’ve got a massive back end to the season. We need everyone to be together. We will get out of the position we are in now. When the fans come back in it will be a fresh start and we can build for the future.

“If we are at it on Saturday and we do our job we will win the game, but we know we have to go out there and give everything. Hopefully, giving everything will get us the three points.

Cheye became our first summer signing last year after deciding it was the right time for him to step-up from non league football. He’s made 18 first-team appearances so far and helped the team to a much-needed victory at Wigan with Shane McLoughlin out injured. Though the Irishman is back to fitness now, his versatility means that both players could feature in the starting 11 – and Cheye has nothing but praise for Shane’s performances this season.

“I have not played as much as I would have liked, but that was just down to the way the team were doing as we were going well at the beginning of the season and I didn’t get my chance. Thankfully, I got my chance a couple of months ago, I took it, and I thought I had a good three or four games for the spell I was in the team, but we have a big squad and it is always going to change.

“The more I play the more consistent I will be. Coming in for one game and back out again is difficult. A good run of games is going to benefit any player, especially me, and I can’t wait to get a run of games. I had many opportunities to come into the league prior to coming here, but I didn’t think it was the right time or the right club. This season was the perfect time for me to step-up and what a club to come to.

“Me and Shane have been working for the same position, but he has been amazing. He has had a great season up until now. He’s had the injury, but he’s back out there now. Hopefully, we can step onto the pitch together and work wonders for the team.” 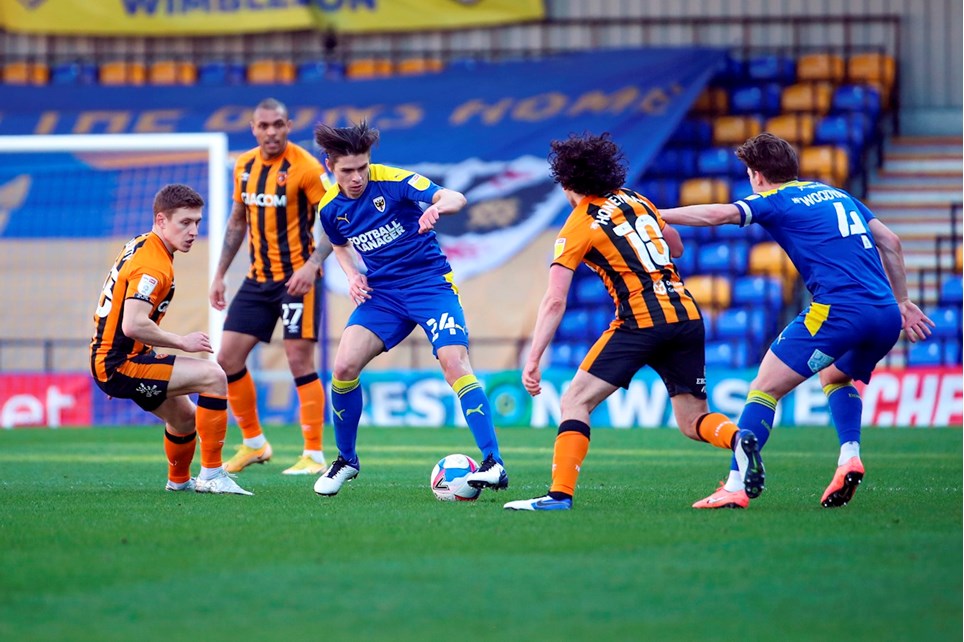 Mark: It was not good enough for various reasons


Mark Robinson summed up his disappointment with the manner of today’s defeat at the hands of a Hull City side that controlled the game for long spells. 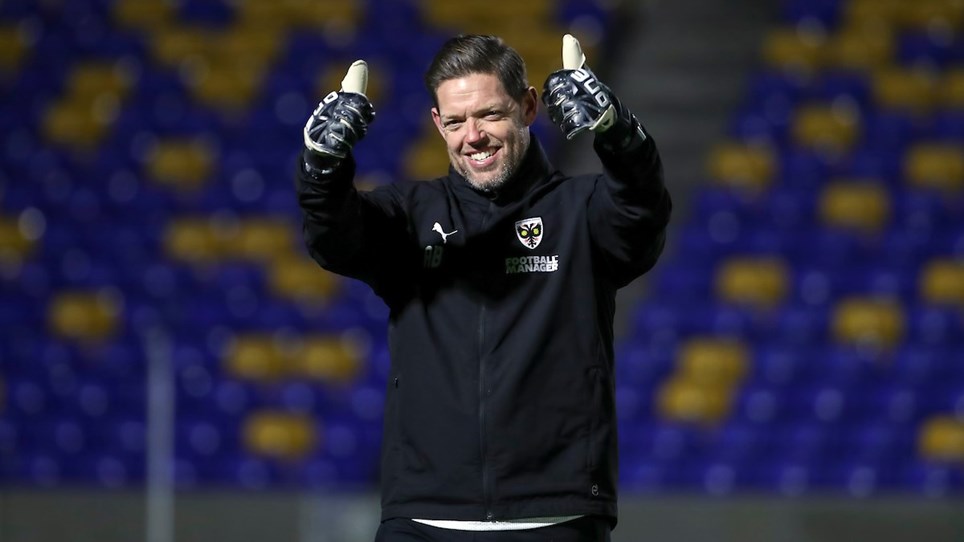 Bayzo rises to the challenge


Ashley Bayes has returned to his role in our new-look coaching structure with renewed vigour and determination to produce a homegrown keeper for our first team.


It’s now seven years since Will Nightingale’s first-team debut, but the home-grown defender is relishing playing for the Dons more than ever after Mark Robinson’s positive impact on the squad.