A trio of Wimbledon first-teamers made time after training to do their bit for the Dons Local Action Group.

Joe Pigott, Alex Woodyard, and Jack Rudoni dropped off boxes of food at a local DLAG collection point this afternoon. Since its launch almost a year ago, the Dons Local Action Group has gone from strength to strength, providing a vital community resource since lockdown started – and it’s a cause that our Head Coach Mark Robinson is keen to continue supporting.

“As you know, I was doing a lot of work with Dons Local Action during lockdown,” said Mark. “It’s so important that we carry on doing that because that’s what this football club is all about. I asked Katy Bignell, who is part of the medical team, to take that on for us and she has happily done that. She is our link between the Dons Local Action Group and the first-team, though we all have our part to play.

“Katy has already organised various things and a few of the lads – Joe Pigott, Alex Woodyard, and Rudi – went after training today to take food parcels to Dons Local Action. This is key because you have to take players out of that football bubble and get them interacting. To be fair, the lads have been fantastic. They want to help. We behave in a certain way because it becomes the norm, but it shouldn’t be the norm. They are footballers, they are human beings, they want to help, and that’s what they’ve done today. We’ve got football matches to win, but there’s more than enough spare time to do this other stuff and that’s what this football club is all about.”

Earlier this week it was announced that Dons Local Action Group had won the Community Connectors Award, recognising their work in providing food, laptops and furniture for the local community. Congratulations to all the volunteers that played a part in winning this award. 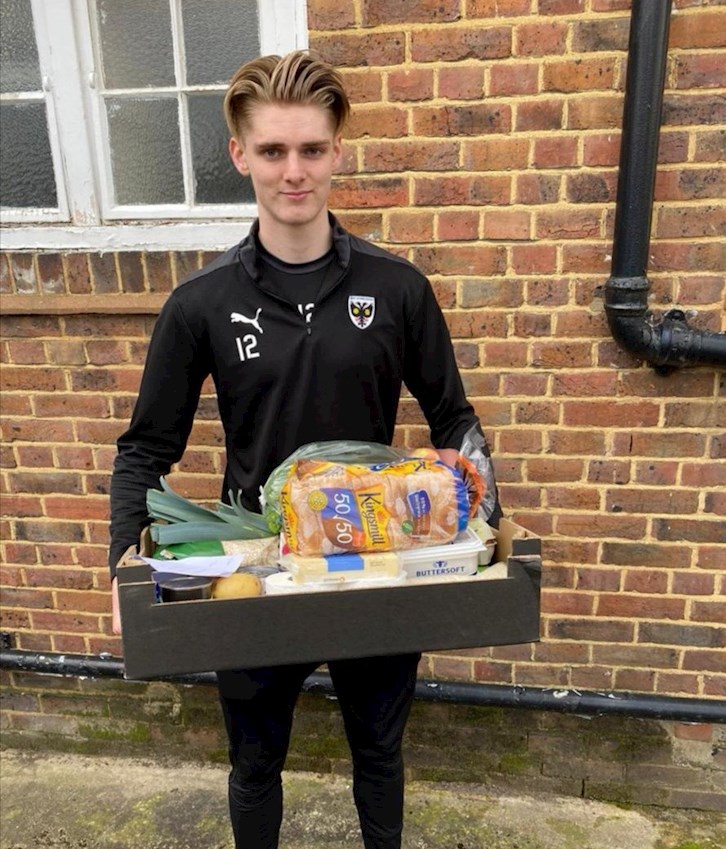