Will Nightingale stressed the importance of a much-needed clean sheet last night, but he believes that match-winner Jack Rudoni can provide an extra dimension in the coming weeks at the other end.

Speaking after the 1-0 Papa John’s Trophy victory at Bristol Rovers, Wimbledon's captain explained that he was not surprised to see our 19-year-old midfielder hit the goal trail at the Memorial Stadium.

“I said to Rudi a few times recently that the goal is coming and you could see it because he has got that bit of magic about him, that something different. Hopefully, that will open the floodgates for him now because he is definitely good enough to rack up a few goals this season. He’s creating the chances for himself, which is good, and hopefully he can start to get a few more.

“He’s got two good feet, he can shift the ball either way, and he’s light on his toes. We’ve seen those moments from him this season, including when he won the penalty away at Sunderland. He’s so tricky. We’ve got to get these players in good positions and find them with the ball. We have to let them be the match-winners.” 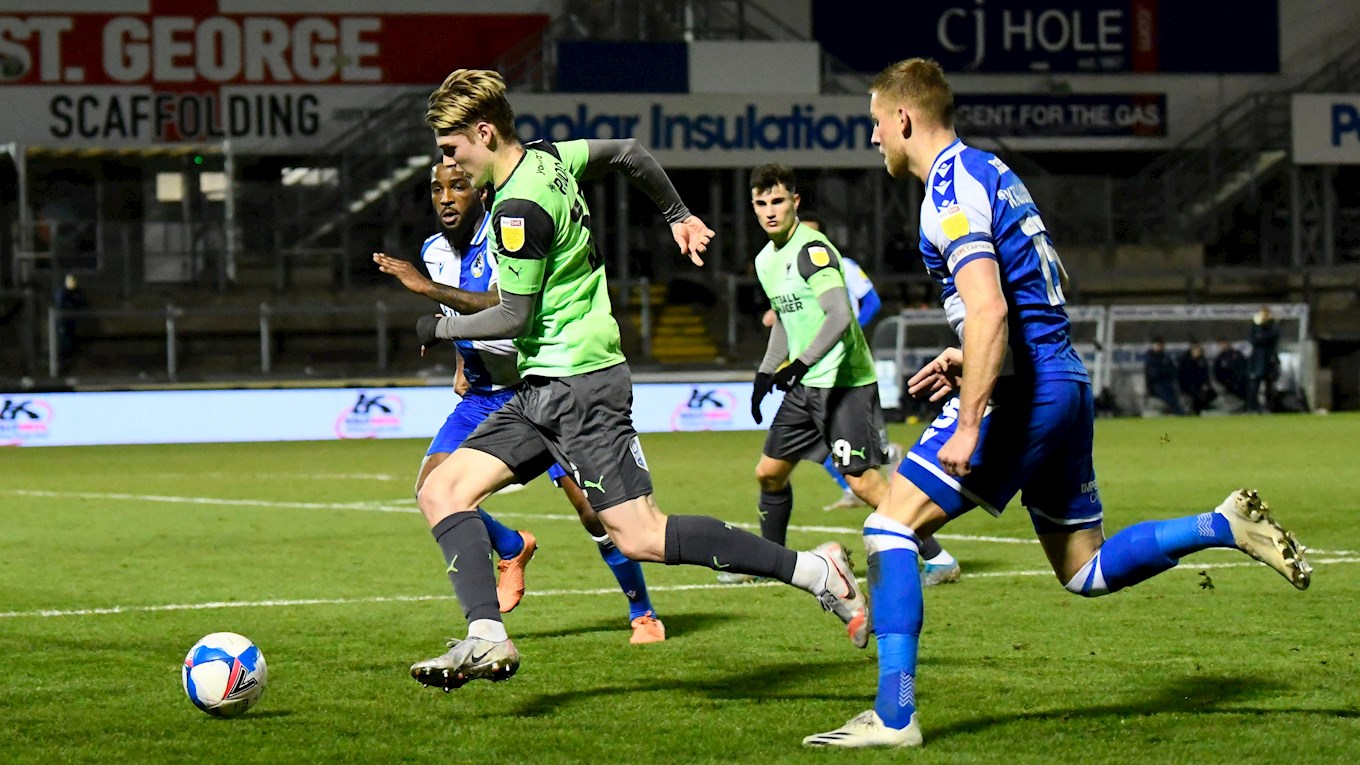 Wimbledon reverted to four at the back last night, but Will added that getting the basics right was key to the improved defensive display, and he said that new goalkeeper Sam Walker offered a reliable presence between the sticks.

“We showed togetherness. We know that we’ve been through a bit of a bad spell, but we know how good we can be. I think we need to get back to basics and just cut out simple things. The sooner we do that, the better we will be. We should be doing better – we know the quality that we have – and it has just been a bit of naivety at times from the boys. We know we can turn this around, we are more than confident, and the gaffer is getting us going again.

“You have to adapt as a player. No matter what formation you play, if you do the basics well it puts you in a good position to win the game. Forgetting formations and putting that aside, we need to start doing the basics well: defending our box and being clinical at the other end. It’s simple stuff really and I’m confident that we are going to get back to winning ways.

“Sam is a big size, a big presence, and he’s very assertive. He’s a loud keeper and we’ve all got to take something from that. We’ve all got to do the same really, which I know we can. He’s only been here for a couple of days, but he seems to have settled right in. He’s an experienced lad, so that can only help us out as well. It was his first clean sheet, so it was good to get that early on, and hopefully he can get a few more now.”

Victory at Bristol Rovers last night moved Wimbledon a step closer to a Wembley final, but Will was keen to focus on the next challenge – the visit of Sunderland to Plough Lane on Saturday.

“It’s obviously a chance to win games and a massive chance to get to Wembley, something that not every player will achieve in their career. Every game you go out to play you want to win and we got the 1-0 win here, so we want to kick on and get another one.

“It’s going to be a tough test on Saturday, but I say ‘bring on the big boys’. You should want to win every game, it doesn’t matter who we play. We’ve got to get back to doing the basics well, which I know we can, and if we do that we can be a good side. We’ve got the potential there. We just have to learn from things. The gaffer is trying to drill stuff into us and as soon as we learn and put it into practice the better.”