Glyn Hodges believes he has added a bit of midfield steel at an important stage of the season with the arrival of George Dobson from Sunderland.

The 23-year-old has signed for the rest of this season on loan and the deal was signed in time for George to be in the squad for Saturday’s match at Crewe Alexandra. George only joined up with his new team-mates tonight, but our kit man Robin Bedford had his number 24 shirt ready in plenty of time!

George has made over 118 league appearances so far in his career, including 81 for previous club Walsall, where he spent a year and a half after a successful loan spell. The picture below shows George in action during the 1-1 draw against us at the Stadium of Light in December. 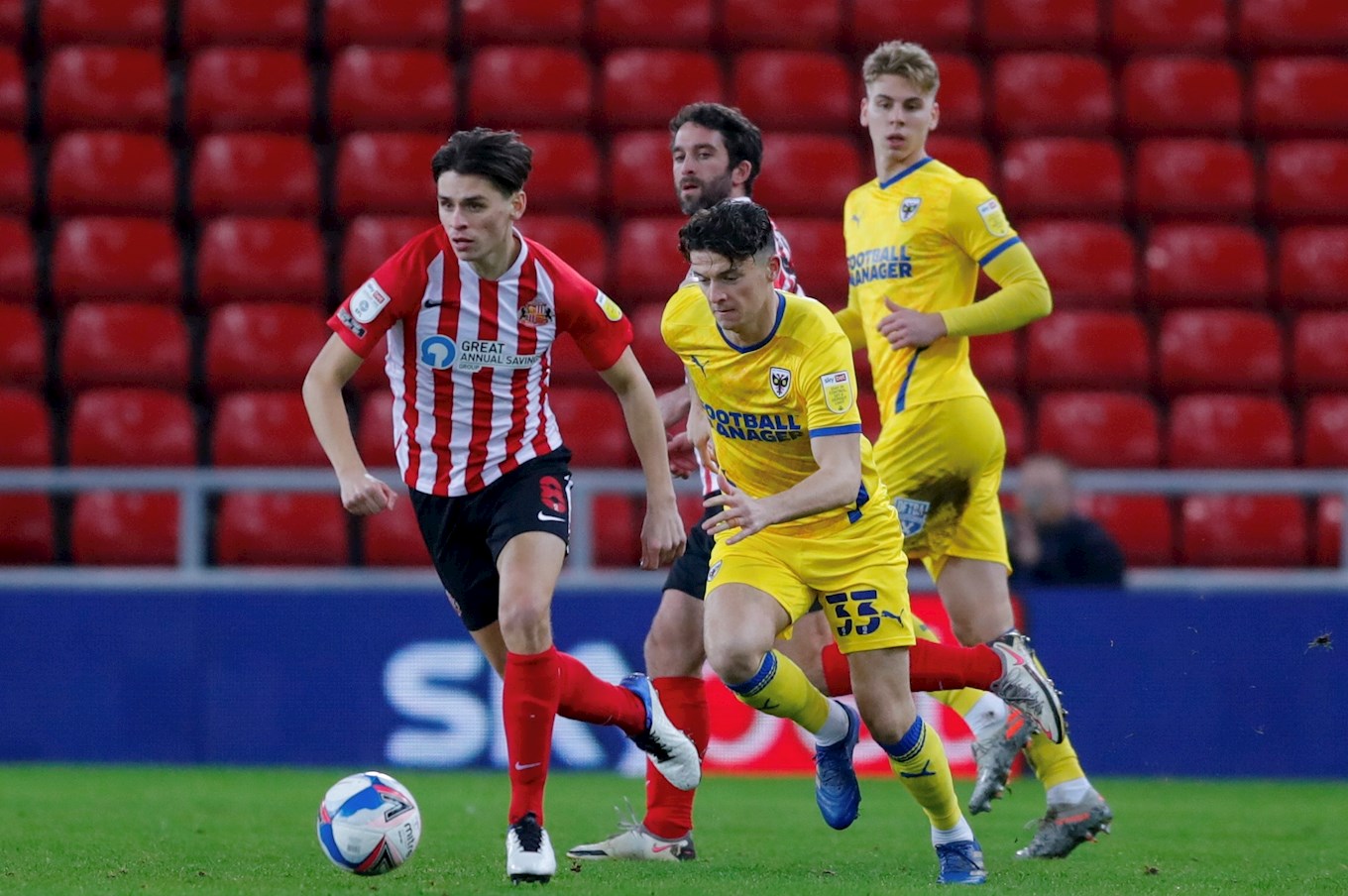 Our manager is delighted to add a player of such experience and talent during the January transfer window.

“George is a top League One performer,” said Glyn. “He is a defensive midfielder who is a good footballer and he will add a bit of steel to our midfield. George has played a lot of games at this level, so he adds experience to the squad, even though he is only 23. A lot of players at the bigger clubs of George’s age haven’t played many games, but he has gone out and played his football. He left West Ham to go and play Walsall and he also played in Holland. George has played plenty of football at a young age, and we are delighted to have him.

“There were a lot of clubs sniffing around to potentially sign him, so we are pleased that he has seen our position in the table but he’s prepared to take the challenge on. We’ve set him a challenge, along with the other lads, to help get us up the league. There was a lot of interest and we’ve done well to get him.

“It’s really difficult (to sign players) in January, but we are still keen and we have another one bubbling away. We are just waiting for things to drop: one minute it is on and the next minute it is off. This one we kept going and today we managed to get it done. He played against us up there, but he hasn’t been involved in the last few games. He will go into the squad for tomorrow, and there are plenty of games coming up, so he will soon catch-up on his fitness.”

George started his career with Arsenal and he was there until the age of 17, before he joined West Ham, the club he supported as a boy. A successful loan spell followed at Walsall, and he tried his luck in Holland with Eredivisie club Sparta Rotterdam after being sold by the Hammers. However, George was in Holland for just six months before he was snapped up on a permanent deal by Walsall. Sunderland swooped to bring him to the Stadium of Light in July 2019 and he has since made 47 appearances in all competitions for Sunderland, scoring two goals.