Academy Manager Michael Hamilton is delighted to report that four young Dons have signed on the dotted line at AFC Wimbledon.

Described as ‘exciting prospects’ by Michael, AdeJola Lahan and Hugo Few from the Under-16s, along with Harry Sidwell and Archie Stephens from the U-15s, have committed their futures to Wimbledon. They join Kai Jennings, Luka Ziger, Leo Young and Ibrahim Bangura in signing up as scholars to the academy up until the end of their U18s season.

The picture above shows Archie Stevens and Leo Young (left to right).

Below is a description from Michael on the latest quartet to sign up to the academy:

Jola has been a Don since Under-14s and he is a powerful and commanding centre back. His progression is down to the coaching and patience of the development team. He is an athletic centre back who has come on in leaps and bounds and has a very infectious personality.

Hugo has been with us since Under-14s and he is an intelligent midfielder who is comfortable receiving the ball in tight situations. Hugo can operate in a deeper midfield position, but also in more advanced areas.

Archie joined us just over two seasons ago and has made massive strides in his development as a player, but also as a person. He is an energetic midfielder, who is capable of playing in numerous positions and is known for his goal scoring and creative ability.

Harry has been a Don since Under-14s after previously being at Fulham and his connection to AFC Wimbledon stretches back to when his uncle Lee Sidwell played in the club’s first ever season. Harry is a technical midfielder who loves to dictate the game with his range of passing and he is also a threat from set-pieces with his delivery.

Michael Hamilton added: “One of our priorities is to secure the registrations of our younger prospects as soon as possible, so that we can plan and really hone in on providing the boys with the development opportunities they need.

“In order for all boys to be offered a scholarship we have implemented a method where players present to us their personal development plans. This details their journey with us up until now, their attachment to the club and the story of AFC Wimbledon, plus how they plan to develop themselves to maximise their potential with the support of staff. It is almost like a ‘development contract’ between us, which serves as a framework that we can work on together and refer to in the future. Not only does it give them input into their development, but it also highlights that this milestone is just the next step for their target of becoming a professional footballer and that the hard work starts now.

“All four players are very different and their development will be specific to their needs, however what is the same is that they need grab this opportunity and make sure they give it 100 per cent.”

James Oliver-Pearce, Lead Youth Phase Coach U13s – U16s, said: “I would like to add my congratulations to all of these individuals on achieving this milestone and also to the families that have supported them along the way. All players are educated on the club’s history when they first join and these four individuals embody the values that we stand for and because of that I have no doubt they will go on to attack he next steps of their development. The reward of their hard work will certainly now come with even higher expectations of them individually and I am sure they will embrace this.”

The picture below shows Luka Ziger and Jola Lahan. 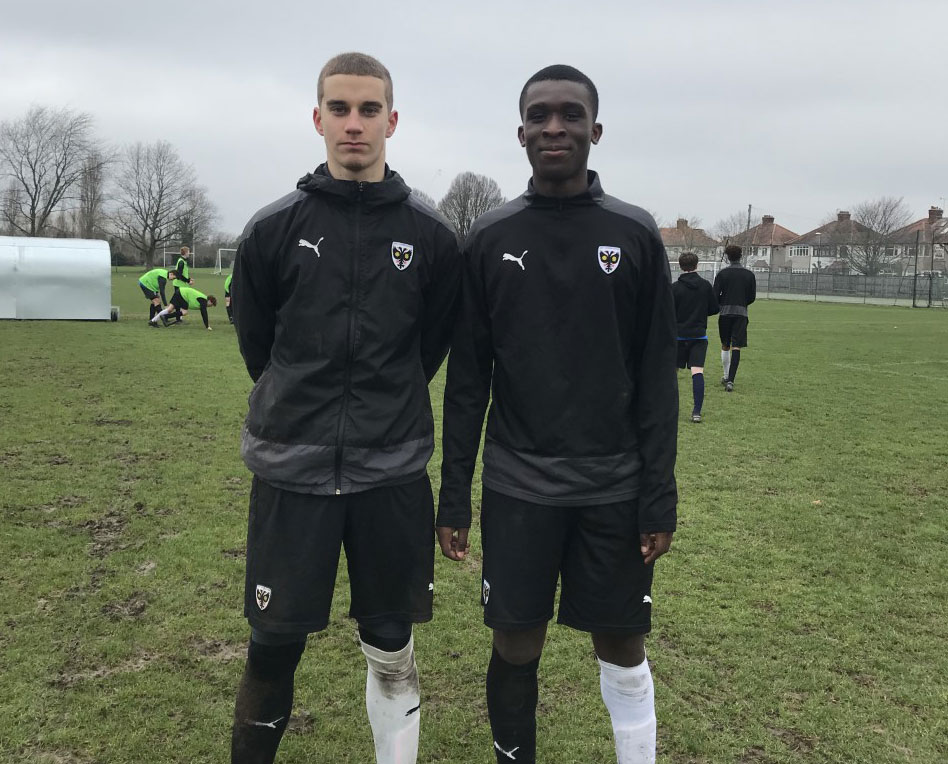