A hat-trick by Glyn Hodges versus Sunderland on 12 April 1986 made him very popular with our fans - and his team-mates as it led the way towards a sunshine end of season party for the Dons boys!

With Sunderland visiting Plough Lane this Saturday, Stephen Crabtree turns the clock back to a couple of memorable matches against them in the 1980s.

On the pitch, Wimbledon were closing in on promotion to the top-flight and the culmination of a remarkable rise through the leagues, but a deserved reward off the pitch was also on the agenda, thanks to our manager.

Under the bonus system in place at the time, a hat-trick was rewarded with a cash payment that went into the pool for the end of season break in Majorca.

When Glyn was presented with the ball after his man of the match performance in the 3-0 win versus Sunderland all he could hear was team mates chanting: “£100, £100, £100.”

However, the euphoria amongst Glyn and his team-mates was not shared by manager Dave Bassett, who could be a hard task master. When 23-year-old Glyn returned to the side after a run of injury problems and scored a hat trick against Sunderland, he might have expected praise, but the man who guided Wimbledon through the leagues had other ideas.

“After the game Harry told me that he would probably drop me as he did not think I could play that well again,” our manager recalled. “I remember thinking that if that is his opinion I may as well pack it in.”

The pictures below show Glyn striking home the penalty that sealed his hat-trick and receiving congratulations from John Fashanu and his team-mates. 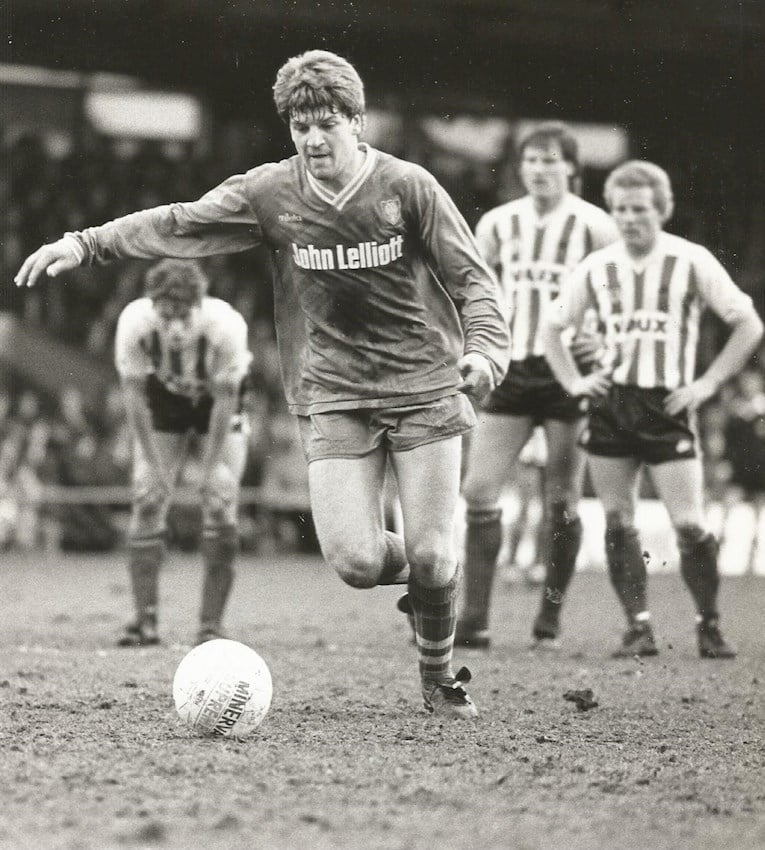 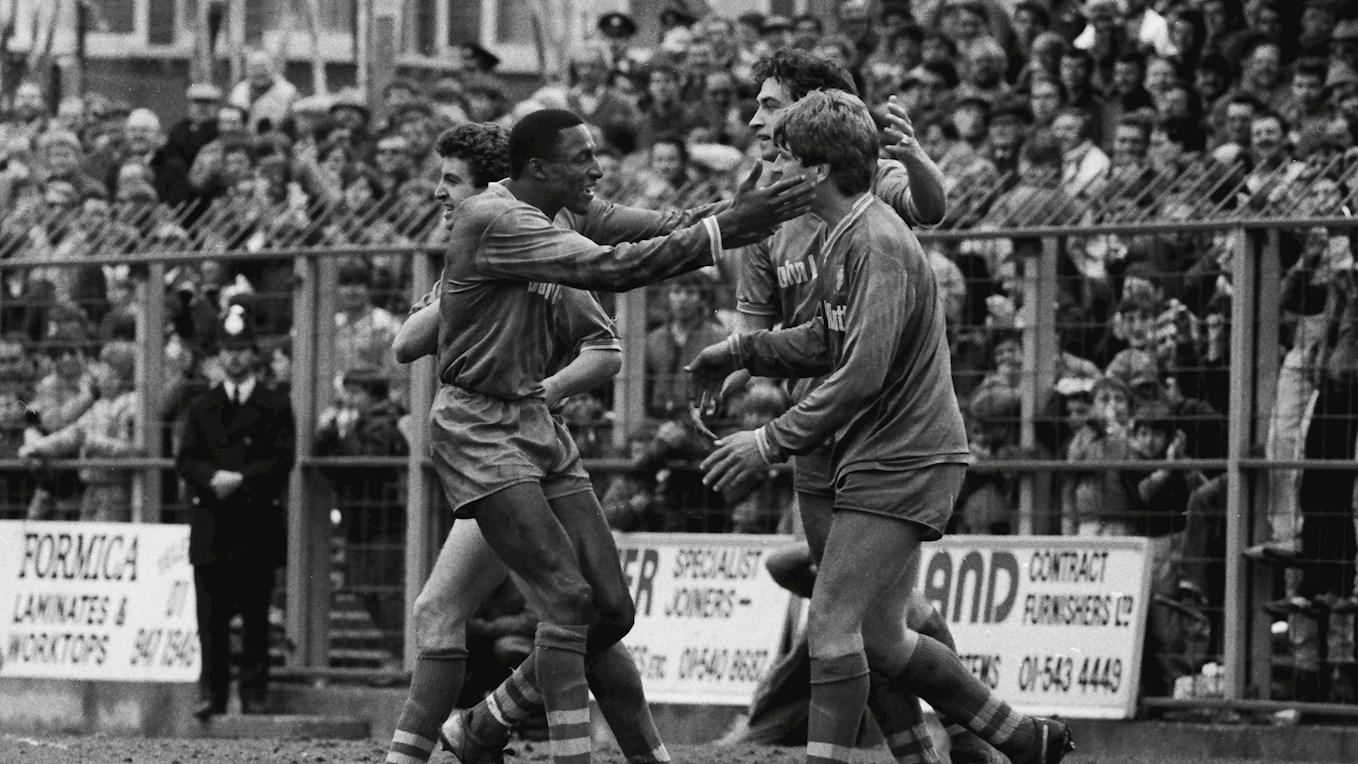 There was method in Harry’s madness as his desire for constant improvement took the club to new heights. By the time Sunderland visited Plough Lane again – for a 1987 FA Cup tie - the visitors were the underdogs as the Dons had won promotion to the top flight in the interim. This time the Black Cats showed far more fight and were leading with just three minutes to go. Then Lawrie Sanchez scored an equaliser, before Glyn popped up with an injury-time winner.

“We were rubbish,” Bassett fumed after the game. “There isn’t a real professional at the club. We deserved nothing. Half of them looked like they were on drugs – sleeping drugs! They have been sloppy all week. Some of them are only getting themselves worked up for the big games and don’t worry too much about teams who aren’t full of star names. That’s not good enough for me.”

The manager got the response he was looking for as Wimbledon eventually bowed out to Tottenham Hotspur in the FA Cup quarter final, before finishing their first Division One season in sixth place.

This clip shows BBC coverage of the FA Cup win versus Sunderland and pictured below is Lawrie Sanchez in match action during the same game. 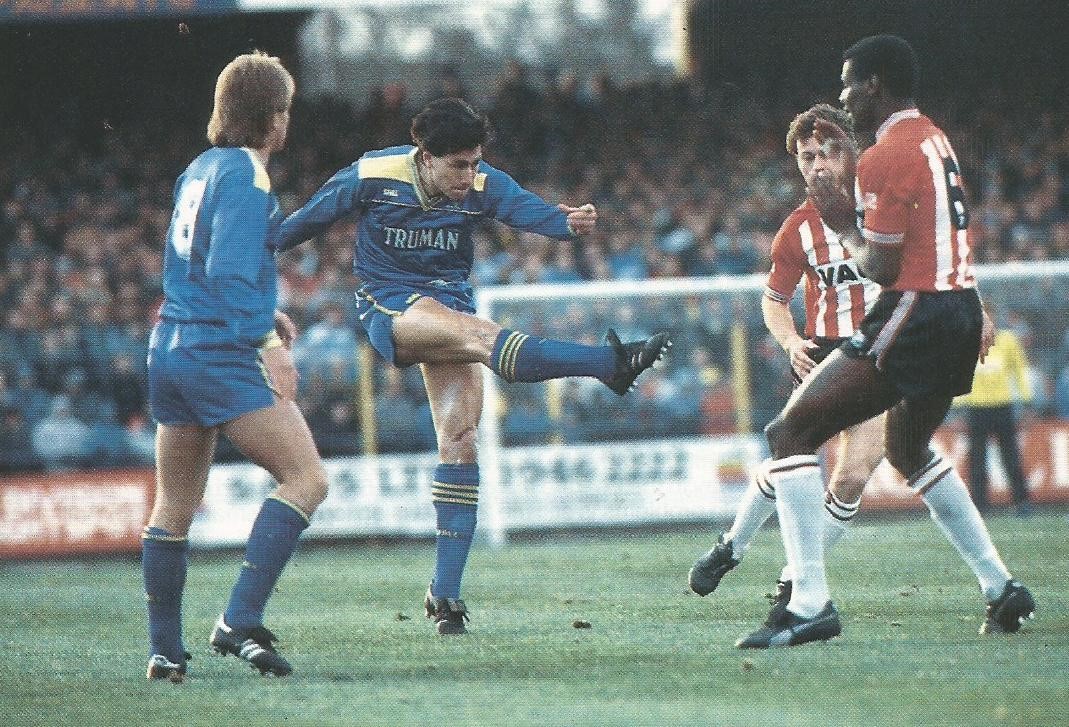