Jimmy Abdou struck a superb opening goal on this date three years ago to help Wimbledon to a memorable victory at Bradford City.

On 27 January 2018, the midfielder who played international football for Comoros, latched onto a pass by Lyle Taylor, before curling home in style to set Wimbledon on the way to a 4-0 victory in front of a crowd of over 19,000 fans.

Cody McDonald set-up the second goal for Wimbledon just before the hour with a fine pass to pick out Andy Barcham in the box and he kept his cool with a low finish past Bradford keeper Rouven Sattelmaier. It was far from a case of Wimbledon sitting on the lead after earning a two-goal advantage and it was 3-0 in the 65th minute. McDonald won possession on the left flank and darted inside before striking a shot that Sattelmaier was just unable to keep out and it rolled over the line for number three. 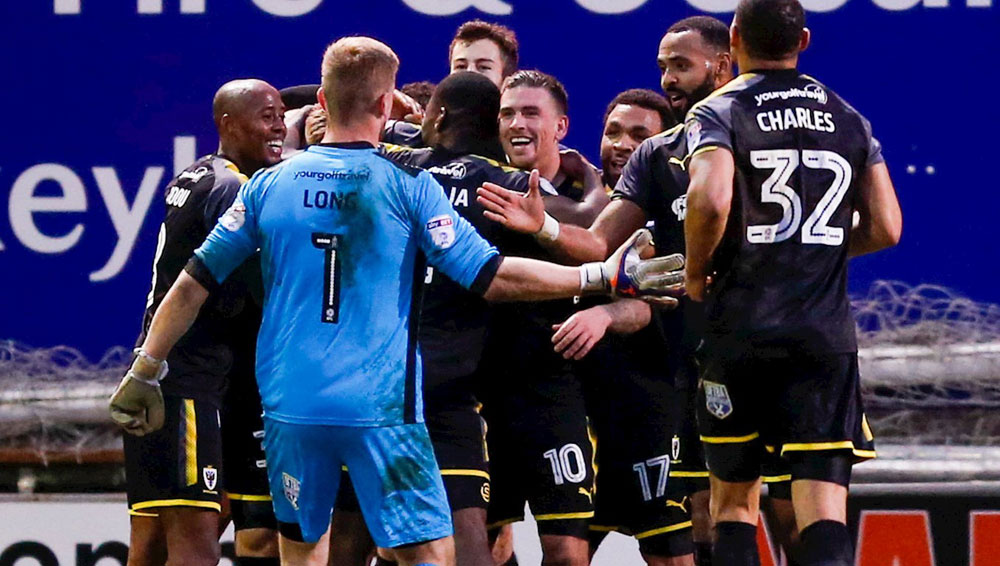 Our current top scorer Joe Pigott had only joined us earlier that month and he continued his fine start to life at Wimbledon by coming off the bench to play a part in the fourth when he sent through a lovely pass for McDonald, who finished emphatically to round off the scoring.

The victory completed a very good calendar month for Wimbledon, raising hopes of staying in League One, a mission that was completed with a game to spare, thanks to a 0-0 draw at Doncaster.

Click on the link below to watch the highlights from the Bradford game.