Wimbledon completed the double against old rivals Oxford United on this date four years ago with a superb strike by Dean Parrett leading the charge.

On 14 January 2017, the Dons edged out Oxford with a 2-1 win at the Cherry Red Records Stadium in a battle of two sides promoted from League 2 at the end of the previous season.

A first Wimbledon goal by Sean Kelly proved decisive with all the goals coming during an action-packed first-half. It came in front of watching former England manager Roy Hodgson, who must have enjoyed Wimbledon’s fine attacking performance!

The match started badly for Wimbledon as Robbie Hall gave Oxford the lead in the seventh minute, beating James Shea with a fierce drive. However, Dean Parrett’s shooting ability paid dividends to earn the equaliser, his powerful effort striking the crossbar, before rebounding in off Oxford keeper Simon Eastwood. Dean was officially credited with the goal after a check by the dubious goals panel!

The midfielder then turned provider with his well-executed free-kick finding Sean Kelly in the box, and he headed home for his Wimbledon goal, which turned out to be the winner. 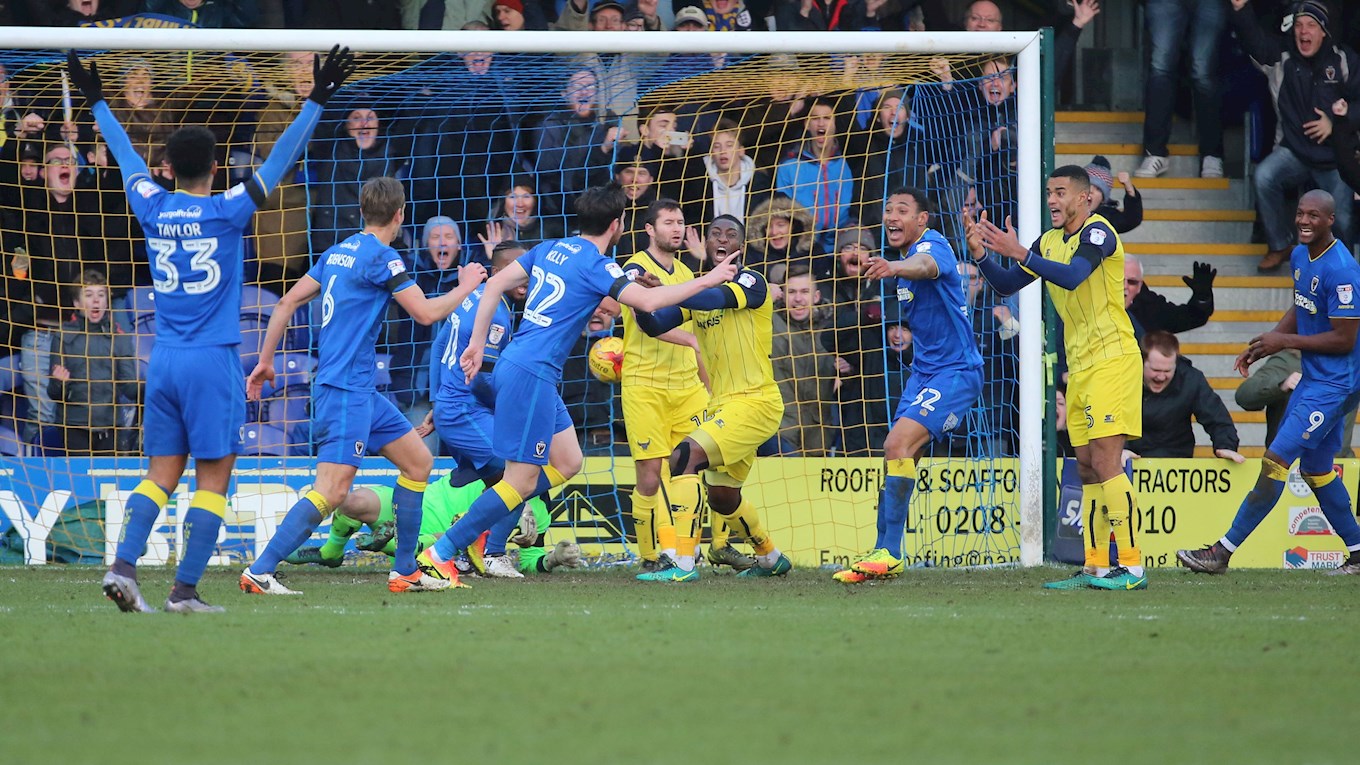 You can watch the highlights from this game below.