A larger-than-life character throughout his long career in football, Tommy Docherty, who died on December 31 at the age of 92, played an unwitting role in recruiting one of the greatest players in Wimbledon history, writes Stephen Crabtree.

Winning numerous caps for Scotland while on Preston North End’s books as a player, ‘The Doc’ achieved fame, and notoriety, after taking over as manager of Manchester United in the mid 1970s.

Forced to leave Old Trafford under a cloud, he moved to Derby County in September 1977 in the wake of the departure of Colin Murphy and his assistant Dario Gradi from the Baseball Ground. When the latter took over at Plough Lane the following spring, Docherty agreed to release a promising teenage goal scorer by the name of Alan Cork, whose potential Gradi had spotted while he was working in the Midlands.

With 430 starts and 145 goals, Cork went on to make the most appearances and become the highest scorer of the club’s Football League years. “Derby was my home town club but I never got a chance there,” Cork said recently. Derby's loss was certainly Wimbledon's gain.

Just over 31 years ago, on December 30th 1989, ‘Corkie’ came off the bench with four minutes to go and scored the equaliser against Manchester United at Plough Lane. “Alan Cork has to be the player of the decade for Wimbledon,” then manager Bobby Gould said after that game. “He has been here through thick and thin. You can always rely on him to pull something special out of the bag.”

As we offer condolences to the family of Tommy Docherty, we remember the part he played in bringing a true legend to the club.

The picture above shows Alan Cork playing in his last game for Wimbledon versus Notts County in 1992. 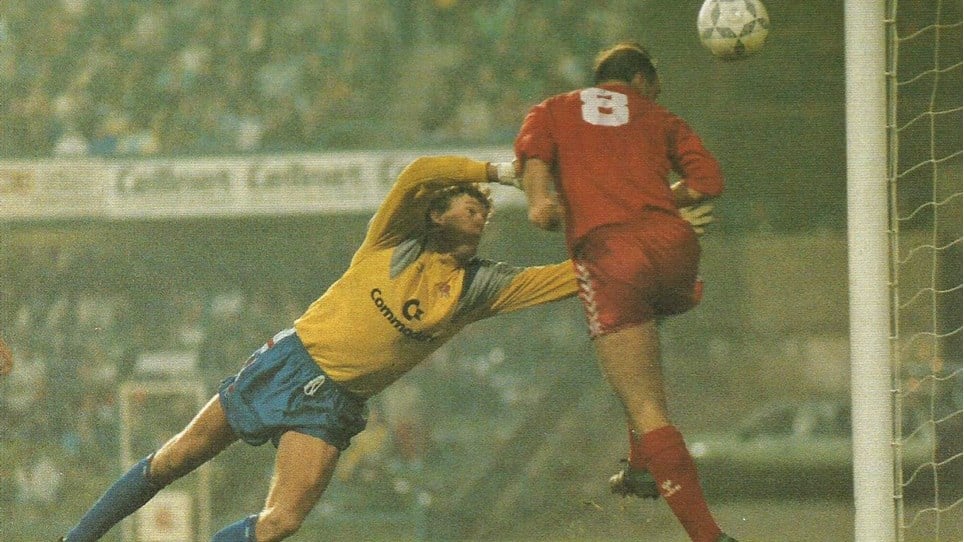 
Throughout July, Stephen Crabtree will be selecting a memorable Wimbledon match for every one of the last 31 seasons.