We are delighted to announce that Darius Charles is back at Wimbledon - and he’s excited by the challenge of making us a force again!

Deservedly voted by our supporters into our 'Team of the Decade' last year, Darius played a key part in our promotion at Wembley five years ago by forming a rock solid partnership at the heart of defence alongside Paul Robinson. The 33-year-old made 85 appearances in all competitions for us in just over two seasons after joining us in March 2016, initially on loan from Burton Albion. Darius has signed for us after leaving Wycombe Wanderers, a club he helped into the Championship last year.

Robbo explained that the centre-back has been brought in for his character and personality behind-the-scenes, as well as providing a defensive squad option if required.

"In terms of playing he will be more as cover," said our Head Coach. "He’s very capable of playing, but I’m quite happy with the centre back options that we’ve got. Darius will be there if we need him to play, but he’s also there to implement everything we want around the changing room and the environment. We are going to have by far the youngest squad in the four divisions, so he is going to be there to provide that experience because he has promotions under his belt.

"We are going to help him on his pathway in coaching because that’s what he wants to do. It’s a fantastic signing for what we want to do now and in the future. He will be here helping young players in the way I believe they need to be helped and motivated, so that they can perform to the best of their ability.” 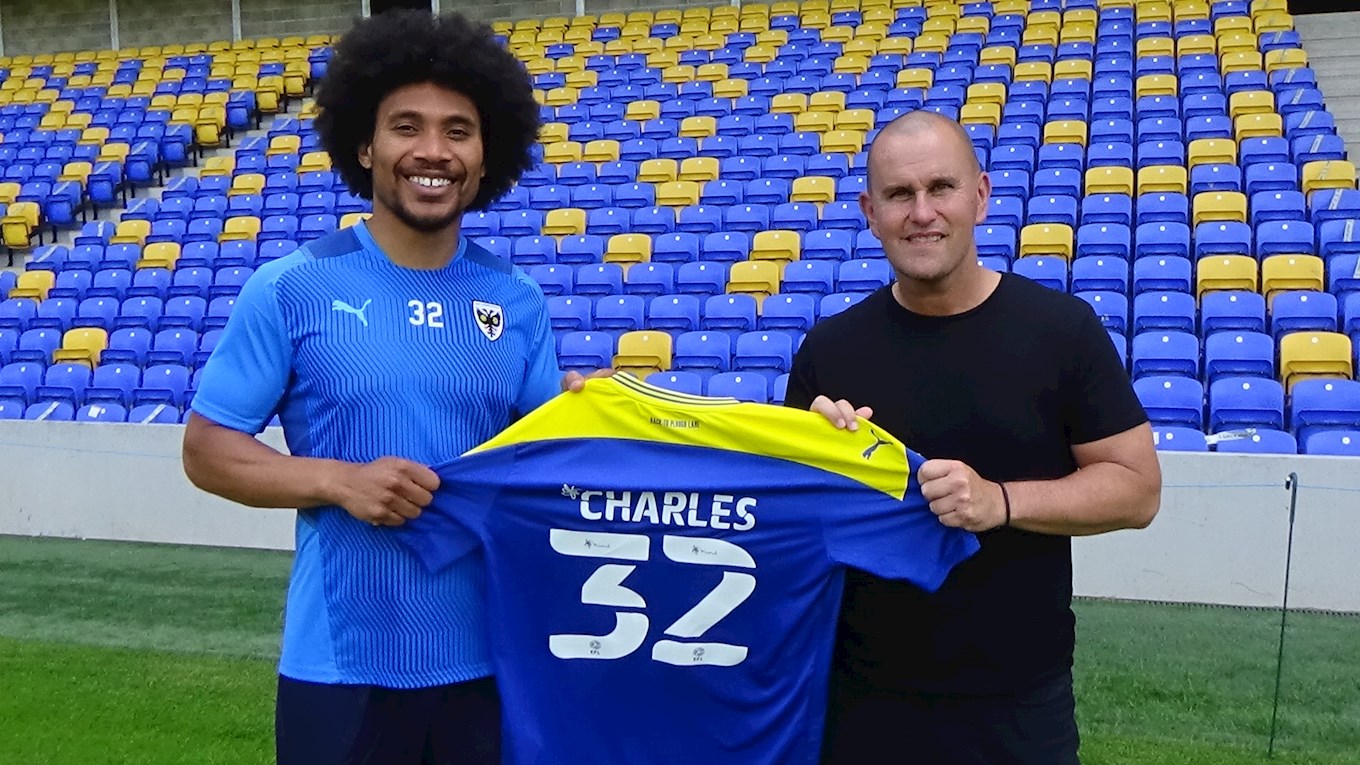 A three-year stay at Wycombe Wanderers for Darius was hugely successful as he played a part in promotion to the Championship in 2020 and he left the Chairboys earlier this summer after their gallant attempt to stay up. Darius became a real favourite with the fans at Adams Park and his contribution to the club was recognised with a special award from Chairman Rob Couhig before his departure. Darius, who started his career with Brentford, also helped Stevenage to promotion in 2011 after reigniting his career in non league with Ebbsfleet United.

Robbo revealed that Darius was someone he had targeted since taking over as Head Coach.

“I spoke with Darius to find out if he was up for it and he was as excited as me," added Robbo. "I was really close with Darius when he was here previously. We used to spend a lot of time after training just talking football, and we are very aligned in our thinking, so we’ve always stayed in touch. He has done stuff with the Academy, including talking to young players, so when I got the job Darius was someone who I thought about straight away. I am massive on trying to build the right environment for a winning culture."

Click on the link below to watch Rob Cornell's extensive interview with Darius.