Mark Robinson’s hard work came to fruition with the arrival of Luke McCormick from Chelsea – and our Head Coach is striving to make Wimbledon an attractive option for young talents at Premier League clubs.

A big factor in Luke’s decision to choose us instead of going elsewhere was a presentation that Robbo made about getting the best out of him, leading to the midfielder signing here on a permanent basis. Having made presentations to Chelsea and other top clubs, Robbo believes that a platform has been built to attract more of the best youngsters around.

“It’s not just the Chelsea connection, it’s working with the best, and working with top quality,” said Robbo. “When you are looking at loans you want to be going into the best. I made a presentation to Chelsea and six or seven other clubs as well.

“We might not get targets this year, but it’s just about building those relationships for the future. At the same time, we want to bring through our own lads as well. It’s just about building those relationships and making them realise what we are about and what we are going to do. If we need a loan or a player such as Luke becomes available on a permanent basis we want to become the club of choice. That’s what it is all about.”

During an extensive update after completing the signings of Luke McCormick and Darius Charles, Robbo revealed that Terell Thomas had decided to go elsewhere, bringing an end to his three years at Wimbledon.

“Terell won’t be coming back,” said Robbo. “I met with Terell about a week ago and we sat down for a long chat. It was genuinely a tough decision for him. I think he had made his mind up a long time ago that it was going be his last season (here). I think if he had played in those last 21 games it might have been a different story, I think he had that mind shift that he was going, even though he could see big changes. He’s had offers. Terell is great, we had a long chat, but unfortunately you win some and you lose some. We wanted him to stay, but we wish him all the best.”

Terell made 90 appearances in all competitions for the Dons after signing from Wigan Athletic in the summer of 2018 and his consistent performances at the back earned him our Player of the Year award in 2019/20. 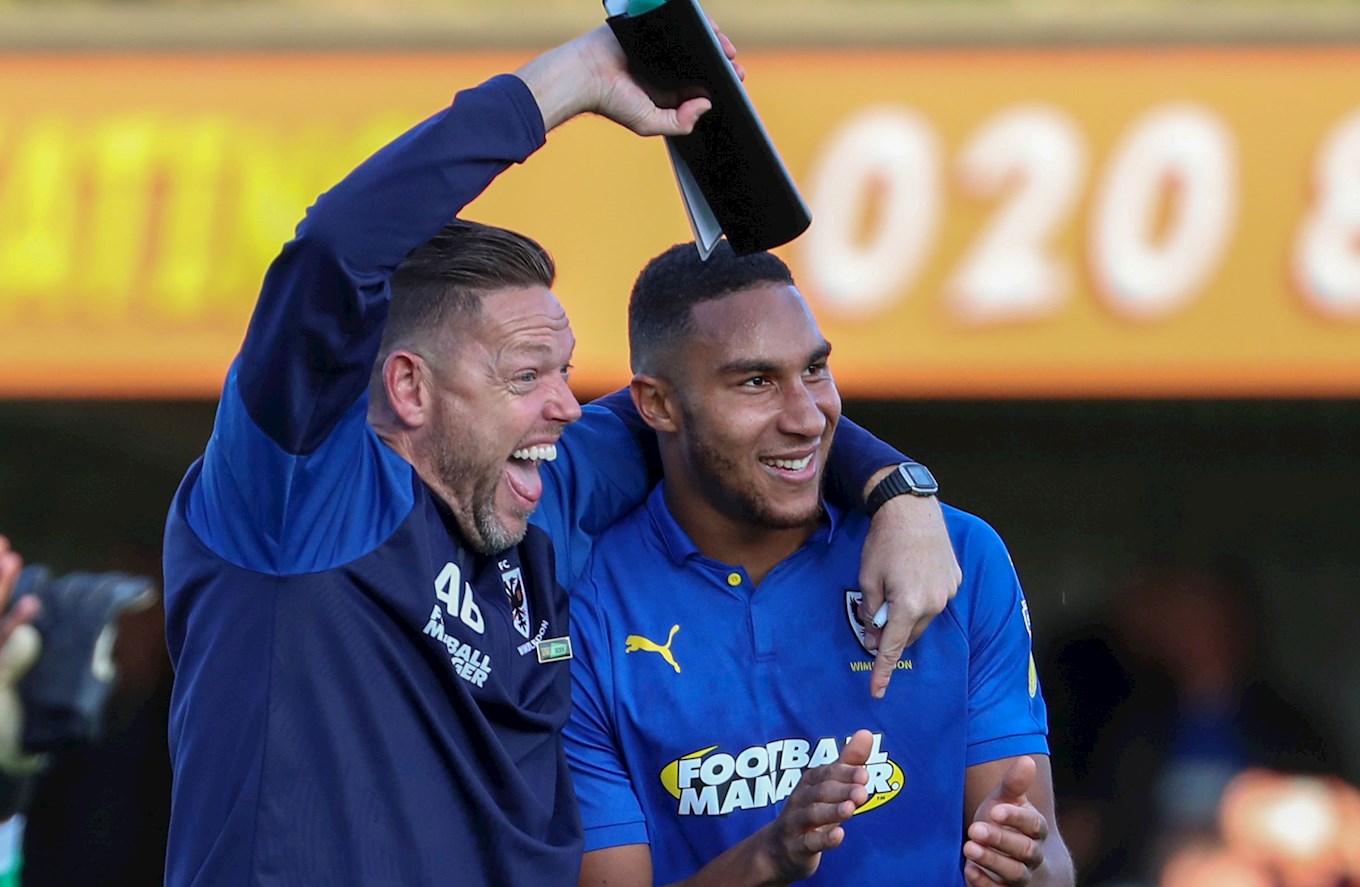 Robbo also explained the reasons why Archie Procter had left the club, the 19-year-old defender joining Accrington Stanley for an undisclosed sum. Archie had been with us since the age of 11 and made two first-team appearances last season in the Papa John’s Trophy.

“It was just a complete difference of opinion, but a good one,” said Robbo. “I wanted Archie to go out on loan for another year. I don’t like our young players not playing. I think he was good enough to come into our squad, but I want our young players playing football. I have seen too many good young players at this club not play enough football and then they don’t progress how they wanted.

“Archie felt he should be in the squad, which is exactly how you want a young player to think, but it was just a difference of opinion. He then got an opportunity to go to Accrington and be in their first-team squad. I hope I’m wrong and he goes there and absolutely smashes it. It was completely amicable, and I was in touch with him throughout it all. Unlike previous situations we got paid for developing him and we will continue to get paid if he keeps doing well. I would have loved him to stay, but my opinion was that I wanted him to get more men’s football before he came into the squad. We educate our academy lads to have loads of self belief, so I hope he goes up there and smashes it.”

There is a proud family connection for Archie with the Lancashire club as his uncle Andrew played for Accrington Stanley. All at AFC Wimbledon wish Terell and Archie all the best for the future. 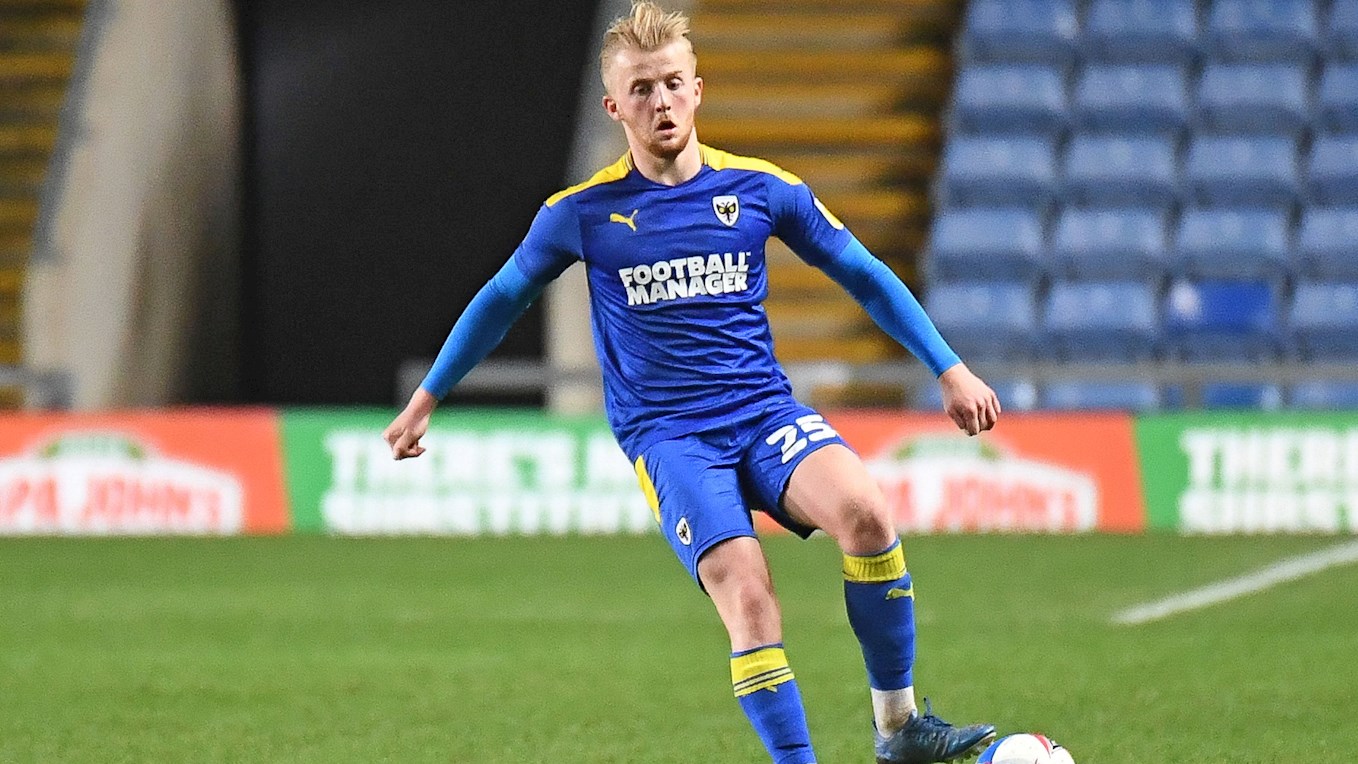