We are delighted to announce that we’ve beaten off competition from several clubs to secure the signing of highly-rated Brentford striker Aaron Pressley.

Having scored 19 goals for Brentford’s B team last season and made three appearances for the newly promoted Premier League club’s first-team, Aaron’s availability on loan attracted interest from a host of League One and League Two clubs.

However, Robbo’s powers of persuasion pointed Aaron in the direction of Plough Lane – and our Head Coach believes the 19-year-old will be a real asset for the 2021/22 campaign.

“Aaron was our number one priority in terms of forward options,” said Robbo. “I’m sure everyone will think I’m bound to say that, but it’s a fact – the same as with Luke McCormick and George Marsh. Out of all the centre forwards we looked at he’s the most similar to Joe Pigott in terms of what he brings to the team. Aaron links up play really well, he can score goals, is good off the ball, and he’s very dynamic. He ticked all of the boxes.

“The only element is that it’s going to be his first real taste of men’s football, so he will be looking to take his excellent form for Brentford’s B team into League One. I am absolutely delighted to sign Aaron because I made a presentation to him weeks ago, but there was loads of interest in him.” 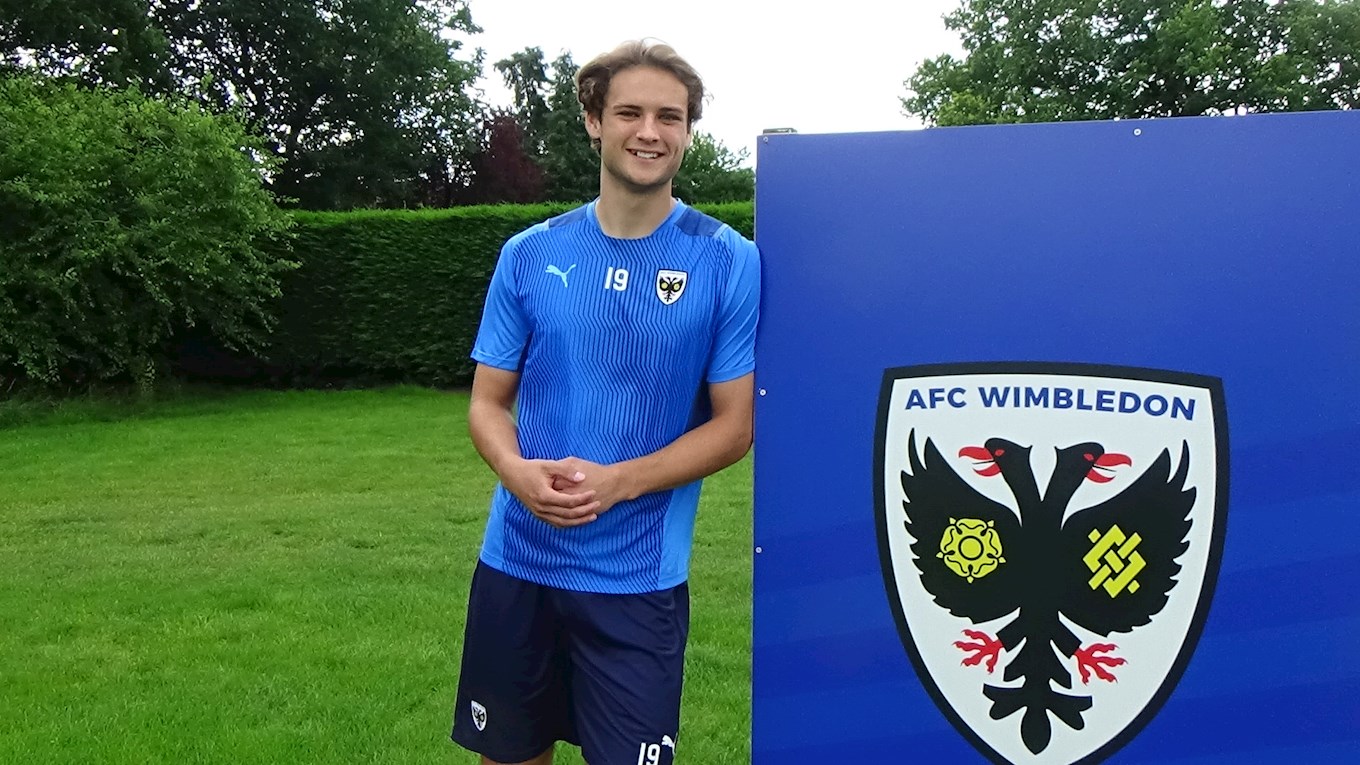 The striker has signed on a season long loan deal from Brentford, following in the footsteps of Marcus Forss, Mads Bech Sorensen, and Jaakko Oksanen, who all enjoyed impressive spells here.

Aaron, who is the son of former Scottish international defender Steven Pressley, wasted no time showing his eye for goal in Brentford colours shortly after arriving from Aston Villa in January 2020. Indeed, some Dons supporters will already have seen him score twice! That’s because Aaron scored a double against Wimbledon for Brentford B in the London Senior Cup at the Cherry Red Records Stadium in one of his first appearances for the club.

Take a look below at a selection of Aaron's goals, including that brace! Thanks to Brentford FC for the footage.

Speaking shortly after signing for the Dons, Aaron said: “It was a great season for me with the B team at Brentford, and that has brought me on a lot as a player. I have learned plenty from the first-team players there. After meeting with the manager, coming to Wimbledon really excited me, plus there is the new stadium and the fans. I can’t wait to get going.

“I spoke to a number of other clubs in League One and League Two, but I was excited by what the manager here had to say. In the presentation he made it showed that he wanted me a lot. I have watched videos about the club on YouTube, and it’s some rise with six promotions in 14 years. Hopefully, we can do it again this season.” 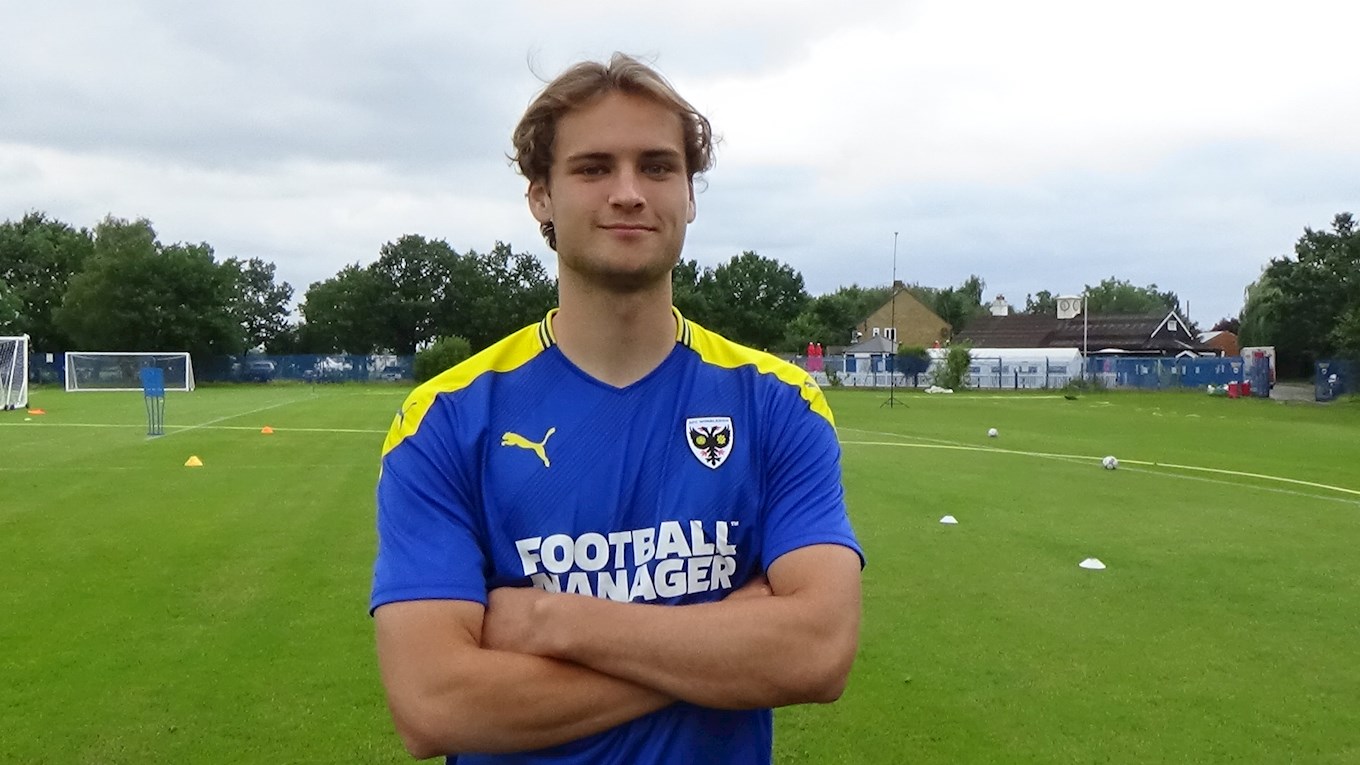 After winning the race to sign him, Robbo also explained that Aaron’s personality fitted the bill for the type of player he wants at Plough Lane.

“When I’m presenting to a player the first thing I talk to him about is what we are about as a club and the second thing is about what I expect from him as a player,” added Robbo. “For example, there is no point bringing in a player who doesn’t want to be involved in the Dons Local Action Group. If you have a player who turns his nose up at that – no matter how good he is – it’s not going to work for us. It’s important that they know that.

“There is also the football side - how you see the player fitting in - and the final part is about him. That includes how we can develop the player and why we are the best choice of club. Once you have those conversations you get a feel from the player about working in the community. You get an idea if he’s going to be the right person. So far, the feedback from everyone about Luke and George is that we’ve got it right in terms of their character and it won’t be any different with Aaron.” 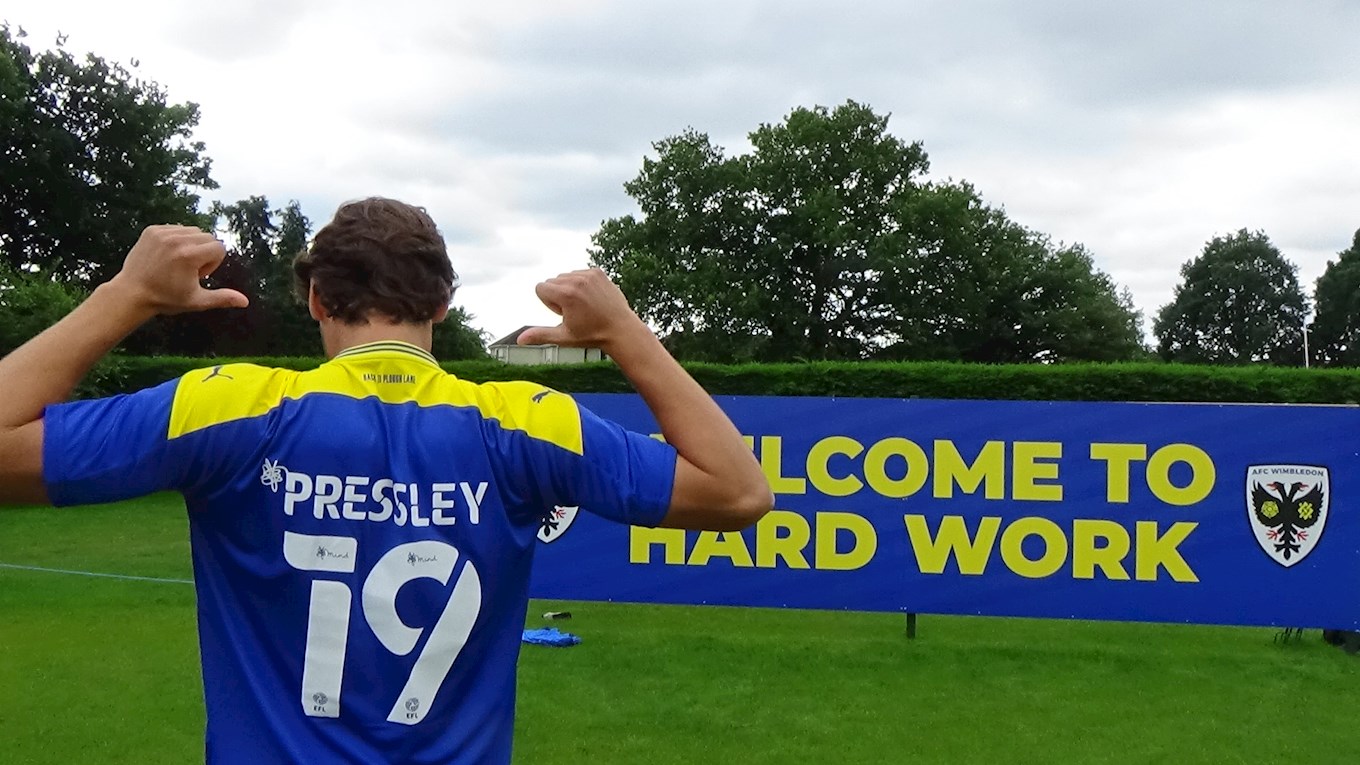 Brought up in Edinburgh, where his father Steven is still revered for his playing feats with Hearts, Aaron started his career with the same club, before heading across the border to join Coventry City and then Aston Villa. He spent seven years with Villa’s academy, but he decided that a move to Brentford would offer him a greater chance of progression towards first-team football.

Aaron will wear the number 19 for Wimbledon. He will not be involved for either side in tomorrow’s friendly at Plough Lane and his first day of training with us will be on Monday.

You can listen to an interview with Aaron by clicking on the link below.