Over 200 staff from St George’s Hospital in Tooting yesterday took part in a specially arranged football tournament organised by our Foundation.

On behalf of all at AFC Wimbledon, it provided a unique way for us to say thanks to all St George’s staff for their efforts during the past 12 months, and during the Covid-19 pandemic.

Philip Rudling, our Foundation Director, said: “We wanted to do so something to thank the staff at St George’s, who have done so much for our local community in recent months. Football has a unique way of bringing people together, so we were really pleased to help. Staff had a great time, and the games were really competitive as well.

“The feedback from players was excellent and they appreciated the effort to put on the tournament.  It’s really another example of the club’s work to support the NHS over the Covid period, including the use of the stadium for a vaccine centre, player visits at Christmas and donations to staff from the Dons Local Action Group and the Foundation.

"We intend to follow up this work by developing more health and community initiatives with St George’s, for example running regular staff tournaments and leagues throughout the year.”

A total of 25 teams competed with the winning men’s and women’s teams going on to represent St George’s and AFC Wimbledon in a tournament later this summer featuring other London hospitals and professional football clubs. The event was held at Aspire Academy in Southfields, with all players receiving a medal courtesy of our Foundation, and goodie bags provided by St George’s Hospital Charity. The tournament coincided with England’s opening Euro 2020 match against Croatia with the action from Wembley shown on a big screen.

Amerjit Chohan, Chief Executive, St George’s Hospital Charity, added: “It was a fantastic day, and we are incredibly grateful to AFC Wimbledon for running the tournament – events like this bring people together, and demonstrate the power of organisations working together for a common good.”

Suzanne Marsello, Director of Strategy at St George’s Hospital, said: “We are incredibly grateful to AFC Wimbledon Foundation for hosting this brilliant event, and to St George’s Hospital Charity for supporting it. Working in partnership with local organisations and charities is something we value highly at the Trust, and it was also great for our staff to take part in this event after a difficult and challenging year for everyone at St George’s.” 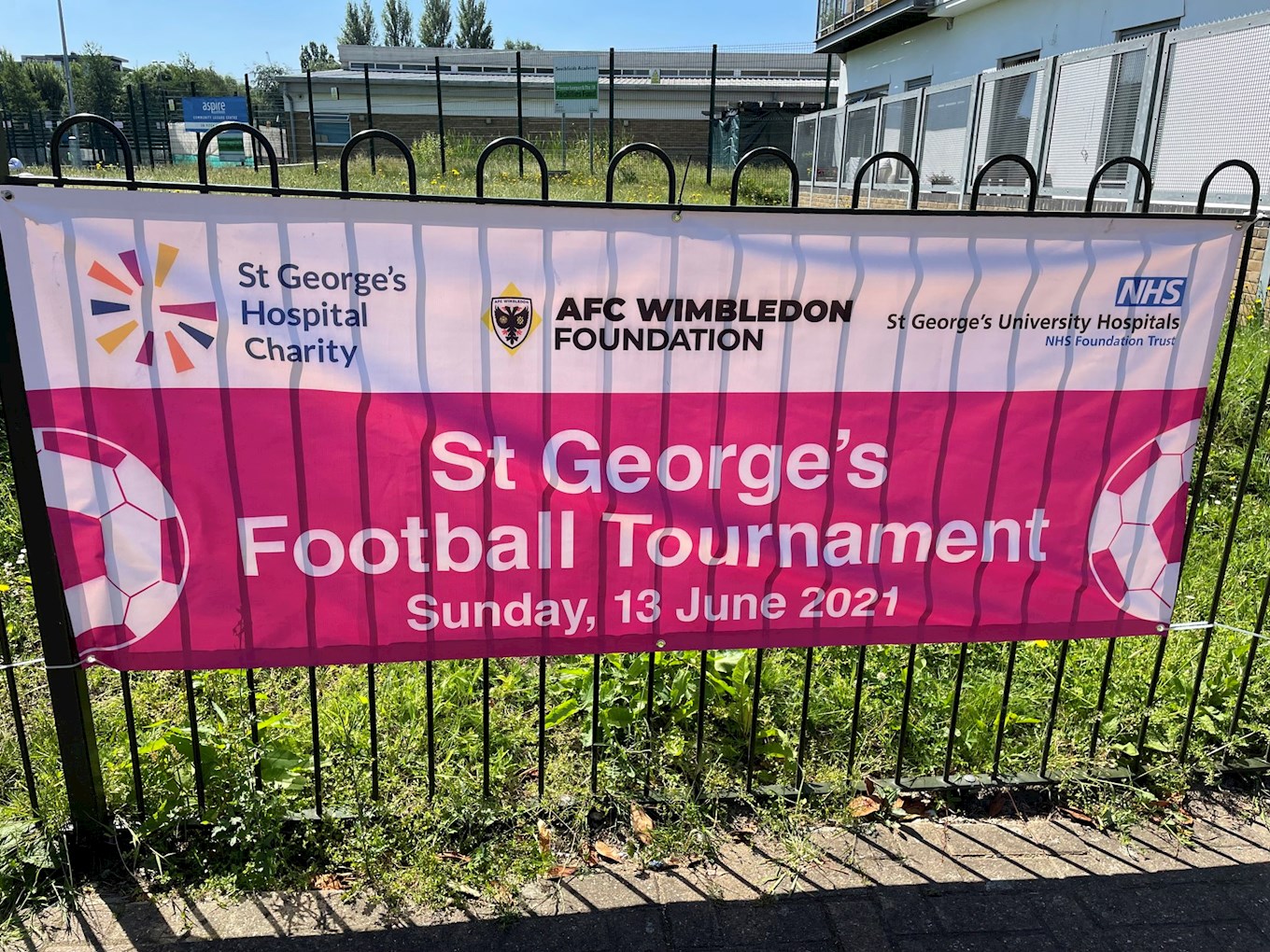