To mark EFL Youth Development week, Academy Manager Michael Hamilton discussed the rise of Ayoub Assal into the first-team and highlighted three players aiming to follow in his footsteps.

This week the EFL is highlighting success stories of players that came through academies to make a big impression at first-team level – and Ayoub certainly fits into that category!

Seeing Ayoub Assal pick up the EFL award for League One is not only credit to the opportunity he has been given and the hard work that he did behind the scenes, but it also sends out a key message to all the young players here. His performances came as no surprise to us at all. Ayoub was always one of the stand-out players in every team he played for during his time here. In fact, I can remember opposition coaches requesting me to ask Ayoub to calm down as he was all energy.

We do a lot of work in getting the boys to understand themselves and the outward energy they portray - we know we need to do more. It was said that Ayoub was ‘too small for League One’ and ‘had a chip on his shoulder’, but his performances for the first-team highlights what we say to all the academy players here: ‘block out the noise and let your football do the talking’. 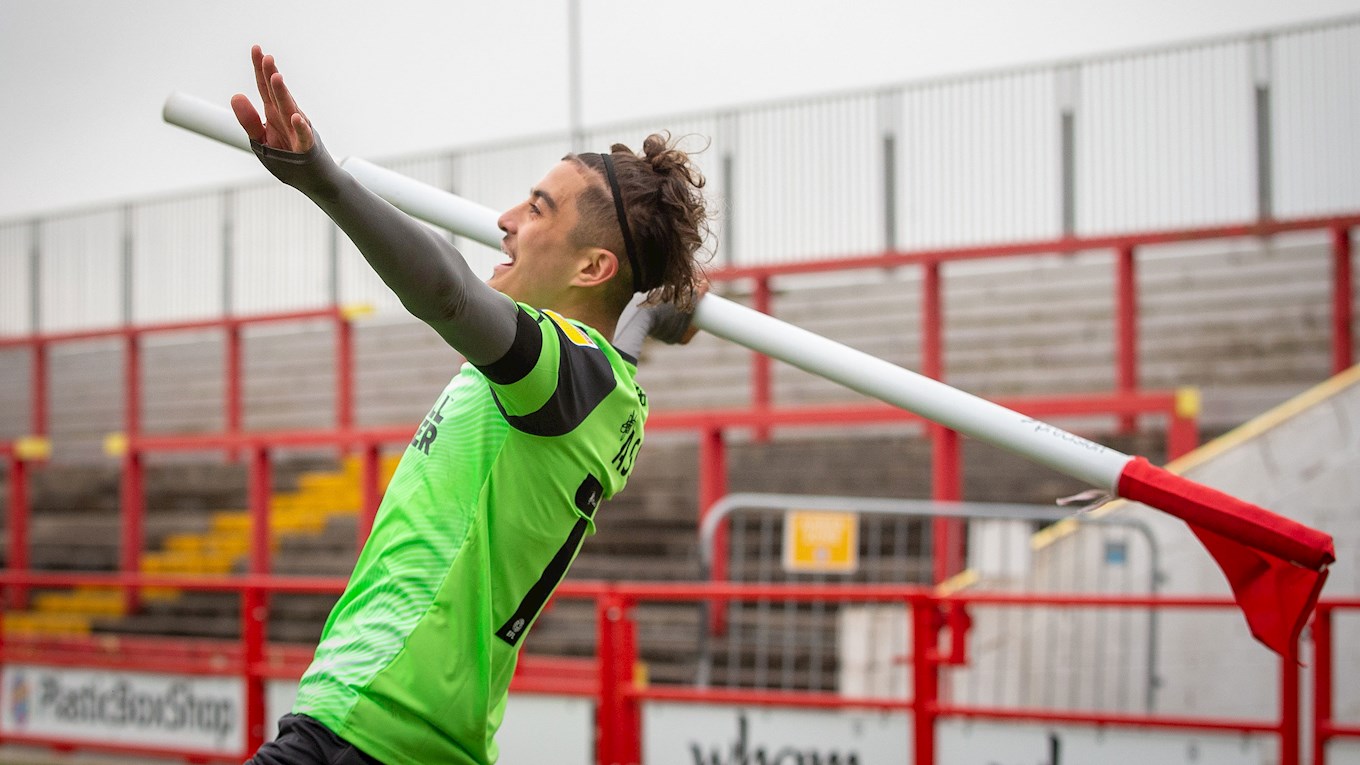 I am delighted to announce we have offered Oliver Downs a pre-scholarship here, which secures his registration with us for the next three years. I am also pleased to welcome two new signings into the academy, with one signing straight in as a scholar for next season.

Under-18s manager James Oliver Pearce told us: “We are delighted to announce that Oliver Downs and Harry Griffiths have been awarded scholarships within the academy after delivering excellent presentations on what being an AFC Wimbledon player is all about, their ambitions, and the areas that they will strive to improve upon. Both have had very different journeys with the club but without doubt embody the values, behaviours and performance characteristics to be an AFC Wimbledon player.

“Ollie has been with the academy from the age of eight, is a season ticket holder, and attends fixtures with several others from the group. Ollie has played in several positions since joining the academy, but has more recently settled into a left back / left wing-back position, where he has a fantastic delivery and works very hard to be the best he can be.

“Harry has not been at the club for long, having spent time with Horsham and Crystal Palace in recent years and he experienced playing as a 16-year-old in the FA Vase for Horsham. At AFC Wimbledon we have a rich history of producing some excellent goalkeepers and Harry certainly has the work ethic to ensure that he is continuing that trend. Harry is currently an Under-16 and will join up with the under 18s next season."

On the arrival of Leon Chiwome (pictured signing in our main photograph), Ben Foshuene, Head of Academy Talent ID said: “AFC Wimbledon would like to welcome Leon Chiwome and his family into the Academy. Leon has impressed academy staff during his trial, demonstrating good finishing ability, balance and power. Leon is keen to learn under our guidance and I look forward to seeing Leon’s development in our environment.”