When Nik Tzanev saved a spot kick against Northampton Town in March, he was following in a long line of Wimbledon penalty stoppers.

Stephen Crabtree has compiled a list of five penalty saves that are remembered as key moments in our history, and a summary of each is below. 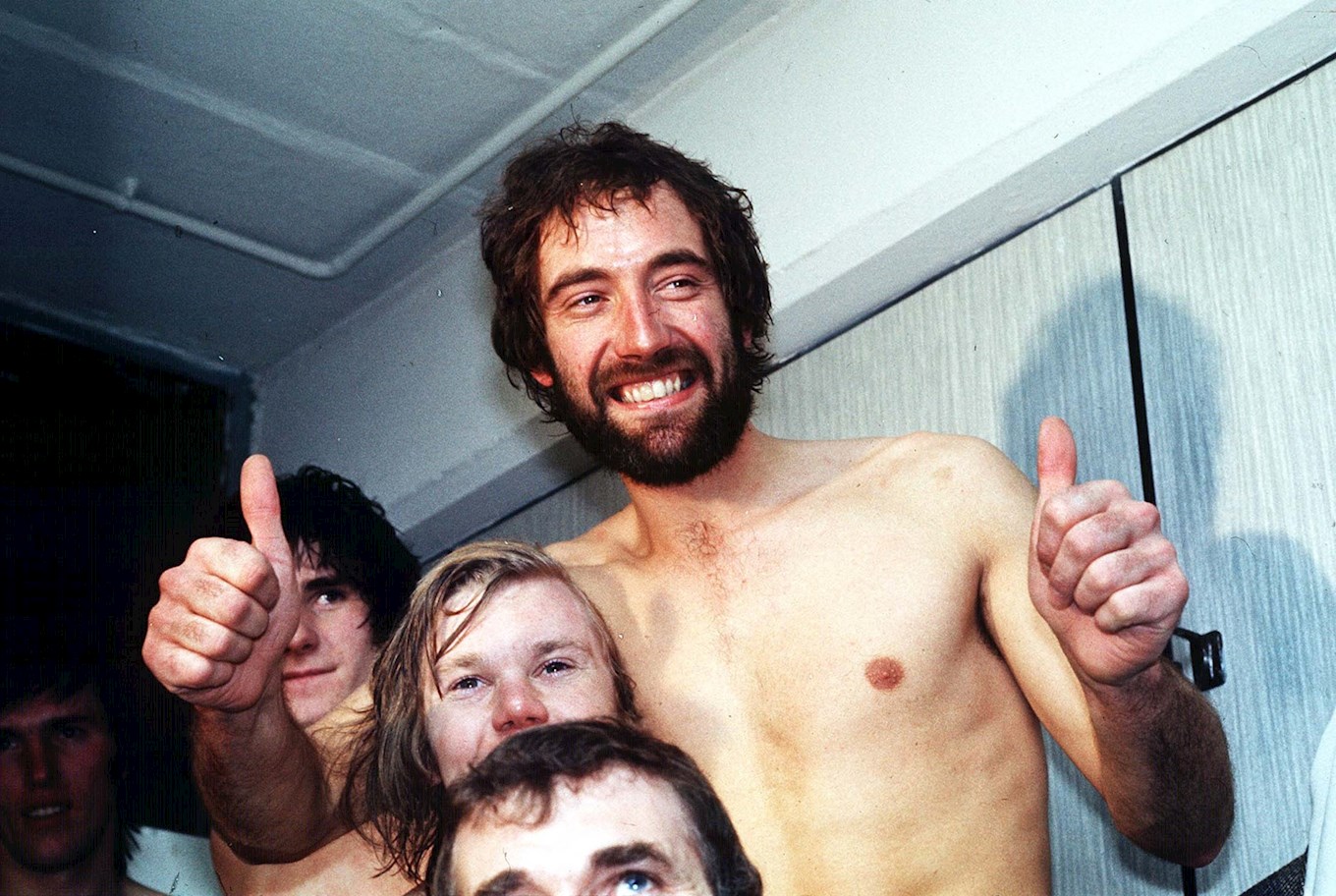 It was the save that made a bearded tally clerk from the London docks a household name and put the club on the map. Within touching distance of earning an FA Cup replay with reigning champions Leeds United, the Southern League Dons’ brave resistance seemed to have been broken when Dave Bassett’s tired tackle brought down Eddie Gray with eight minutes to go and the referee pointed to the spot.

The relief of most of the 46,230 fans inside Elland Road was palpable but they had reckoned without Dickie Guy. Facing Scottish international Peter Lorimer, famed as having the hardest shot in football, the green shirted goalkeeper got down and pushed the ball away. “When he stepped up I don’t think anyone gave me a dog’s chance,” he recalled recently. “But instead of his normal blast, he placed it and I dived to my right to save it. To earn a replay was extraordinary against the ‘giants’ of that decade.” 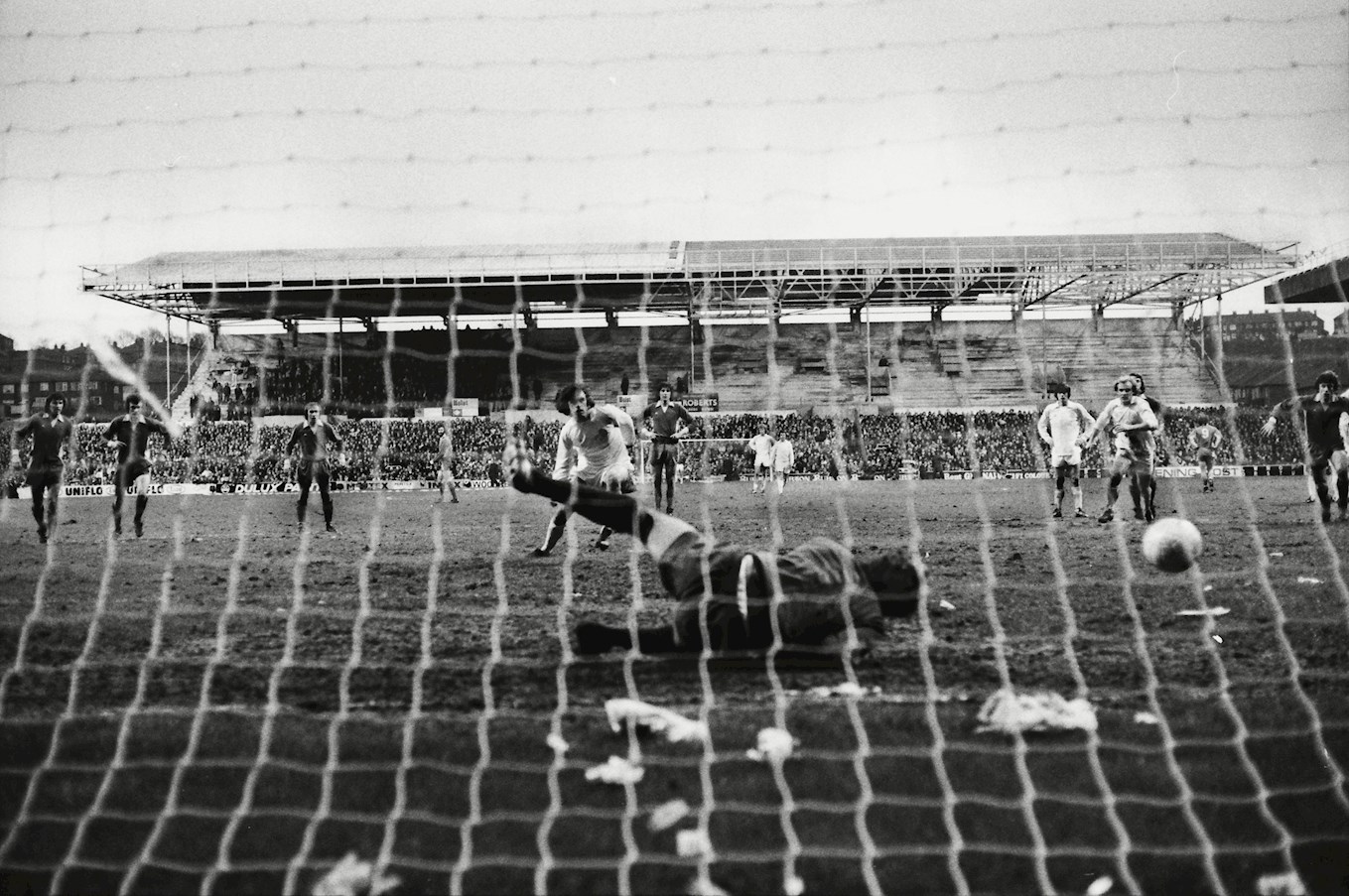 It took just half an hour for Hans Segers to turn from zero to hero. With his side leading 2-1 in a tight Coca-Cola (League) Cup fourth round replay against Liverpool in 1993, the Dutch goalkeeper flapped at a 90th minute cross and watched with horror as the ball dropped into the net for the equaliser. But the jeers turned to cheers in the shoot-out that followed a goalless extra time when Segers stopped efforts from Jamie Redknapp and Mark Walters allowing Neal Ardley to dispatch the winning strike.

“I’d made some pretty good saves near the end and then went and punched the ball into my own net,” Segers said after his team had re-enacted the Dambusters fly past during their post match celebrations. “I wanted the ground to open up and swallow me. Thank God I made amends afterwards.” Those two stops had led to one of the greatest victories of the Dons’ 11 year tenure at Selhust Park. 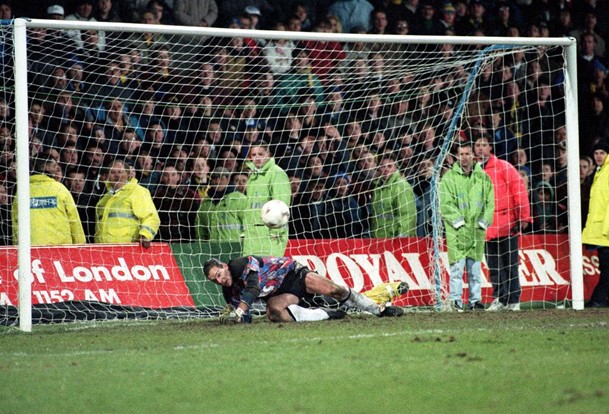 Seb became held in such high-esteem as Club President Dickie Guy and 1988 FA Cup –winning captain Dave Beasant, after he saved two penalties in the Blue Square Premier Play-Off final against Luton Town in 2011. It was his stop from Jason Walker's chipped spot-kick that really sticks in the memory. His opposite number Mark Tyler had just saved Kaid Mohamed's penalty to level it at 2-2, but Seb denied Walker, and that proved crucial as it eventually allowed Danny Kedwell to net from 12 yards and reclaim Wimbledon's rightful place in the league.

Speaking last year, Seb said: “We’ve been through a lot of it (about that day at Manchester), but the biggest thing now is being able to celebrate all together at Plough Lane. Whether that (2011 play-off win) was one of the catalysts, I don’t know, but if we didn’t get up that season and we were still in the National League then it maybe doesn’t happen. It certainly gave us more of a springboard to work off in terms of getting the fantastic stadium." 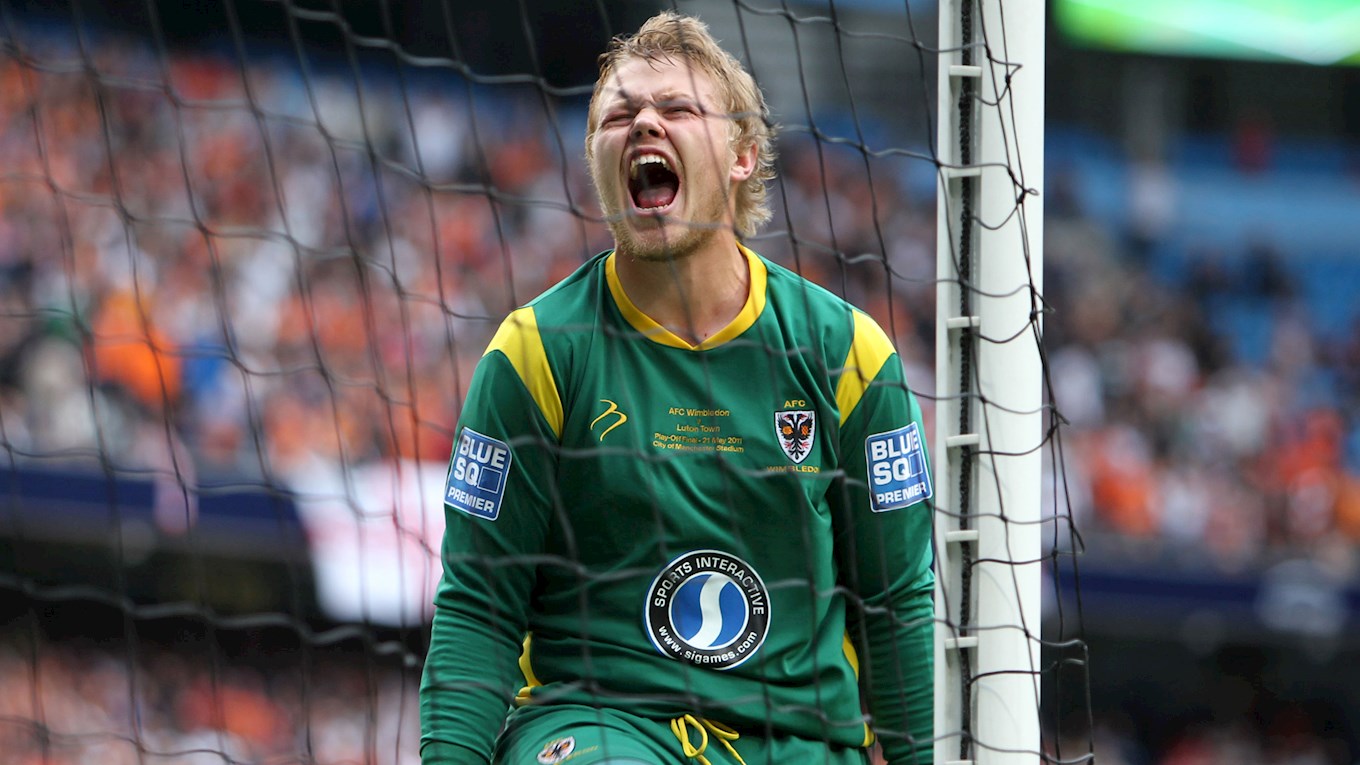 It was a penalty save that showed the Dons were still full of fight. After a run of eight games without a win, Joe Pigott’s close range effort in the 88th minute had given the hosts a sniff of victory against fellow strugglers Northampton Town only for disaster to strike. As the game moved into injury time Wimbledon conceded a penalty but Nik Tzanev rose to the occasion by diving to his right to keep out Sam Hoskins’ kick and earn a crucial three point haul.

“He is a very good goalkeeper,” coach Mark Robinson said afterwards. “I’ve already talked about his development and how it probably was hindered by the fact he had not played enough football over the years. Now he has got the opportunity, I’m sure he’ll continue to flourish. It’s not just a save – it’s a fantastic save.” Inspired by that victory, the Dons went on to produce a late season run that preserved their League One status.

It should never have been a penalty. Despite Clive Goodyear winning the ball with a perfectly timed 61st minute tackle, John Aldridge's tumble persuaded referee Brian Hill to point to the spot. Ahead following Lawrie Sanchez’s first half goal, the Dons’ dreams of ending Liverpool’s double hopes seemed to be over as Aldridge, who almost never missed from 12 yards, prepared to take the kick himself. But Dave Beasant had other ideas and flung himself to his left to push the ball to safety.

The Irish international sank to his knees in despair and was quickly substituted as Wimbledon saw out the final minutes of the 1988 FA Cup final with few alarms to cap the greatest day in the club’s history. The Dons had beaten the team of the era and ‘Lurch’ had become the first man in FA Cup history to save a cup final penalty. As Dave went up to lift the famous cup, those of us who were there quietly pinched ourselves. It wasn’t just a dream – the Crazy Gang really had beaten the Culture Club!