Mark Robinson said the second-half performance today set the standard he expects from his players on a regular basis.

Having taken a 2-1 lead into the half-time break, play-off hopefuls Charlton looked well in control, but the Dons were transformed in the second-half – and could have won it near the end.

Speaking in his post-match interview, our Head Coach said: “We tweaked a few things at half-time and I told them, ‘you have to believe and be brave enough to play’. I thought the second-half was really pleasing. I told them ‘you’ve set a bit of a standard now’ in terms of the intensity off the ball, as well as a lot of the things on the ball, but it means nothing. They’ve got to come into work every single day and deliver those levels again. Those are the levels I am expecting from them and the levels they are expecting from themselves. If we do that we will be absolutely fine.

“We told them to be braver on the ball in the second-half. We had worked on some movements, so that we could play forward. We wanted to get back to playing more possession football, but at the same time it was all about how can we play forward. We had to give the right angles, and I said to them that they had to trust each other and put the passes together. They did that and it gave us opportunities to play forward and make runs forward, so that we played quicker. That was the key, but also we had to really get after them. We did that, which was good.

“If we play like that and create more chances, both Ryan and Joe will score, and we will get goals from elsewhere because we will have more movement and more threat. Any shape you play isn’t going to be perfect, there’s always going to be vulnerability. If you get your work-rate and communication right, and you recover quickly enough, you should be able to nullify that. We did that in the second-half. I don’t think Ryan had lost his confidence, but fingers-crossed it just gave him another kick. I thought all of the midfield: Woody, Jaakko, and George were excellent. When Rudi came on he was also a threat as well.”

Robbo felt that Ayoub Assal showed plenty of promise after being handed his first Wimbledon start at the age of 19.

“It was difficult for Ayoub off the ball, but he had a couple of fouls given against him that shouldn’t have been given. Once he is facing forward and running forward you can see how exciting he is. I think we’ve got the youngest squad in all four divisions and that’s not an excuse, so fighting a relegation battle is something new to them. Other teams will have a lot more experience, but you can look at it the other way and say, ‘how exciting is that?’ We have these young lads who are performing well. Off the ball, Ayoub probably found it a bit of a shock with the intensity, but I thought the few times he got on the ball you could see what he was capable of. He will work that out, the more that time goes on. He will find more space, so that he can be opening up and running at people. It’s just a learning curve.”

Robbo expressed his disappointment with the manner of the goals conceded – and he has asked the players to come up with positive feedback when they come in on Monday.

“We started the game really bright and we looked a threat. I was really disappointed with the goals again. They scored with their first attack after a bright start and both goals we conceded were not good enough. I have said to the players involved that they have to come back with the answers before I give them the answers. We could be limited in the coming weeks with what we’ve got defensively. I have got to see if they are understanding their roles and their relationships together on the pitch, and then we move on. The goals were disappointing, but the start was bright and there were things to be pleased with in the first-half as we looked more of a threat.

“I’ve got no problem with teams playing in front of us, they can have 20 passes in front of us, but it’s about us recognising the trigger and when we have to go and press. We didn’t do that well enough at the start, which is an ongoing thing we need to work on. Once they delivered the pass we certainly didn’t do well enough. I expect them to come back on Monday and give me their thoughts.”

Dan Coska missed out on the squad today after suffering a foot injury in training and Robbo said that the medical team are awaiting the results of a scan to assess the length of time he will be out.

Click on the link below for Rob Cornell’s full post-match interview with Robbo. 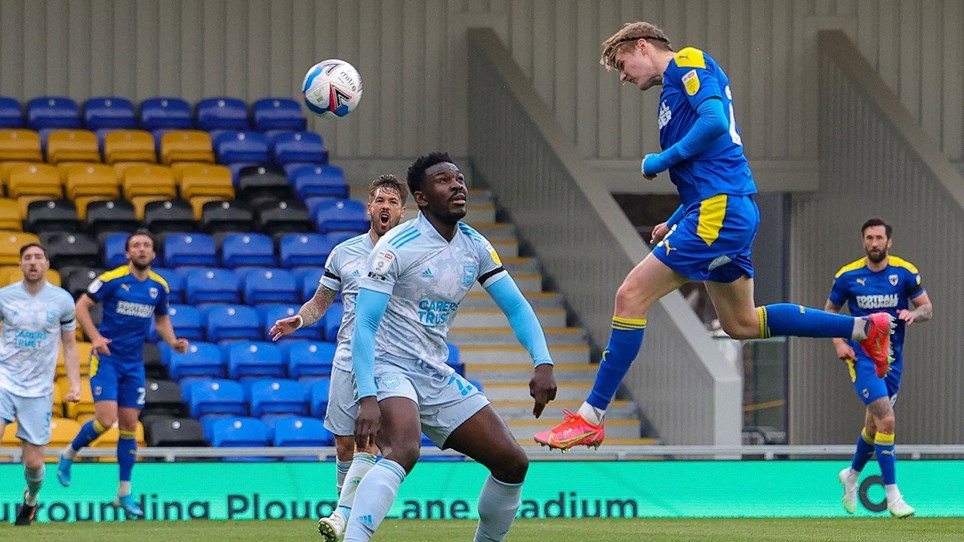 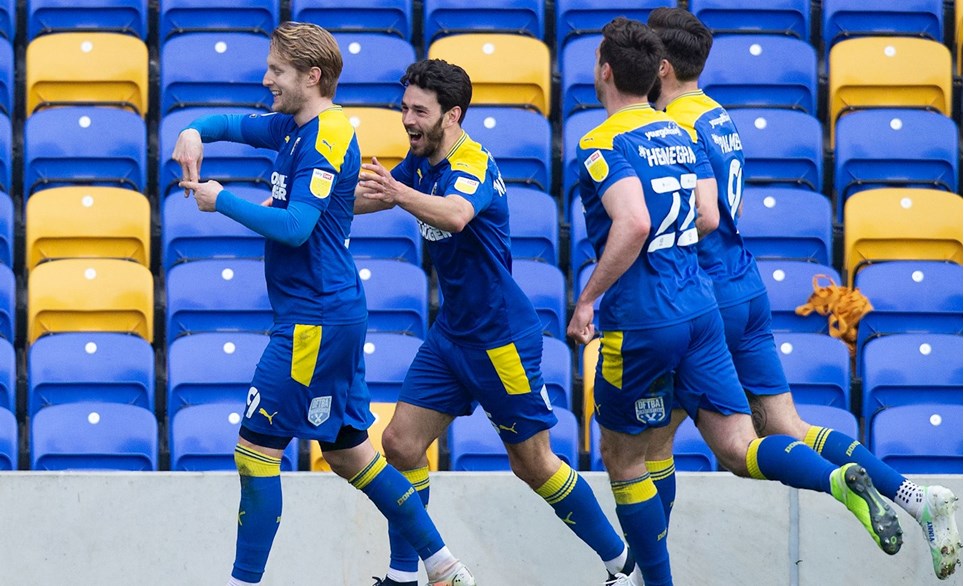