Our teenage talents will be seeking to prove that age is no barrier on Bank Holiday Monday when they bid to win a senior cup competition for Wimbledon.

Rob Tuvey and James Oliver-Pearce will take charge of a young Dons squad for the London Senior Cup Final versus either Hanwell Town or Tooting & Mitcham United with 18-year-old pair Kwaku Frimpong (pictured above) and Dylan Adjei-Hersey (pictured below) as the oldest players!

Apart from those two, the squad will consist of first-year scholars and younger players with even a couple of 15-year-olds involved. However, first-team coach Rob Tuvey is unconcerned by the youthfulness of the squad for Monday as he seeks to play his part in building a winning habit throughout the club.

“We want to create a winning culture,” said Rob. “That winning mentality has to come from all the age groups, starting from Under-7s all the way through to the first-team. That’s really important for us - these boys are under no illusions that when we turn up to every game in every competition we want to win. Even if we are seen as the underdogs because of age. It doesn’t mean a thing on the day, it’s about looking at the badge and recognising what it stands for, and putting in a performance for the fans.

“It will be a huge challenge for the boys, but when you play for Wimbledon you should expect to overcome these challenges. That’s the biggest thing for the boys to remember, and it’s a great experience for the boys to play in a final against senior opposition in front of fans. It’s an experience that we can’t always give them, so to be able to give them this opportunity means a lot. The Under-18s are doing this as part of their off season programmes, which is fantastic.” 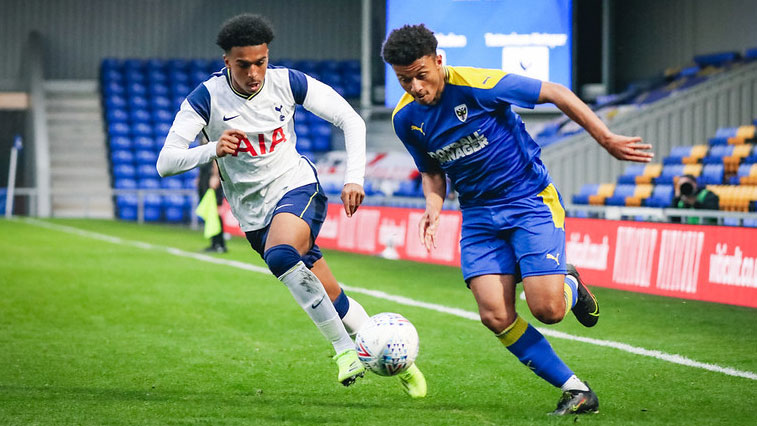 With first-team pre-season training starting on 24 June, Rob stated the importance of no interruptions to off season schedules for players, hence the decision to select such a young squad on Monday. However, players including Ethan Sutcliffe (pictured below) have already shown their qualities this season by helping the Dons to win the national EFL Youth Alliance Cup and in the FA Youth Cup.

“It’s frustrating that the older boys can’t play, but we have to make sure that they are getting ready for the new season,” added Rob. “We have to ensure that their off season programmes are up and running. They have all got daily schedules to follow to make sure they hit the ground running from day one of pre-season. 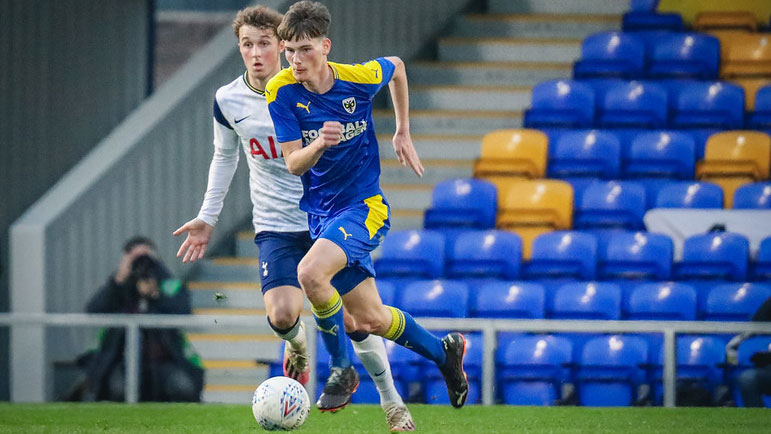 “Some of the players in the squad for Monday were involved in the test event, getting 15 minutes in that game, which was a great experience for them, and they now go into a final with silverware up for grabs. They’ve had that final experience already against Rotherham, and they have to remember that. It’s obviously going to be different against senior opposition, but myself and James are going to watch the other semi-final tonight, just to do a bit of homework, and we will be doing everything we can to try to bring home silverware on Monday.”

Wimbledon will on Monday bid to win the London Senior Cup for a seventh time with the final held at Hendon FC (1.00 pm kick-off). Dons supporters are welcome to come along and show their support for our young squad with advance tickets available from the London FA website from 11.00 am on Saturday morning. Tickets will also be available to purchase on the gate (cash only).