Ayoub Assal’s superb form during April has been recognised with a nomination for a League One award.

The 19-year-old attacking talent, who scored three goals and claimed two assists, has made the shortlist for the Football League World Fans’ Player of the Month Award for League One.

As mentioned in our recent interview with Ayoub, his all-action displays were even more creditable as they came during a spell when he was fasting for Ramadan.

Get your votes in for Ayoub before 9.00 am on Wednesday! Visit this voting page. 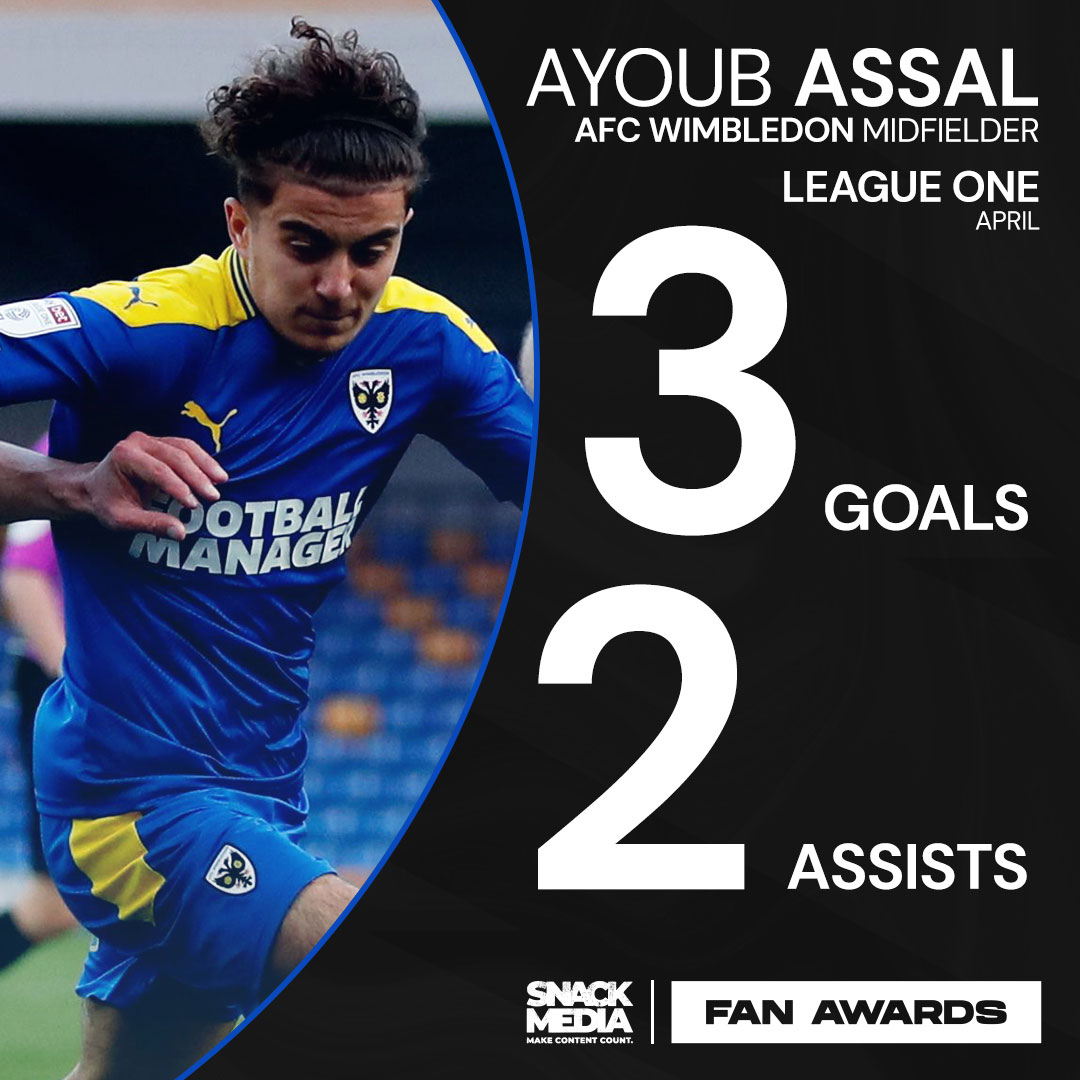 The six players nominated are as follows: