Perseverance has paid off for Anthony Hartigan after he emerged from a difficult spell at Newport County to be a part of their squad for Wembley.

In the build-up to the League 2 Play-off final on Monday afternoon, our home-grown midfielder talked to us about adjusting to life in South Wales, being a part of an exciting future here with Mark Robinson, and living away from Chessington for the first time!

At just 21 years of age, Anthony has made 110 appearances for us, including featuring as a substitute in our FA Cup match versus Spurs at Wembley in 2018. Below is a Q&A with Anthony ahead of his return to the famous stadium.

Q: You previously played at Wembley in our FA Cup match versus Spurs in 2018. What do you remember about that game?

A: It was an amazing experience and something I will never forget. I was just thankful to get that opportunity in the first place. With Newport now, it’s not just about getting to Wembley as promotion is the aim. That’s everyone’s focus. The squad is really good here. There’s a lot of talent and plenty of experience too. All the boys have helped me out since I joined in January and I’m thankful for that.

Q: Have you got friends and family attending the big game at Wembley?

A: My parents and my brother are coming to the game, they are in a hospitality box, and I’ve also got Joe Bursik coming along as well. He’s my best mate and we’ve been together since we were 14. He’s doing great in his career too. I watched him play in the League One semi-final for Lincoln versus Sunderland, but he’s gone back to his parent club now as it was just an emergency loan for one game. 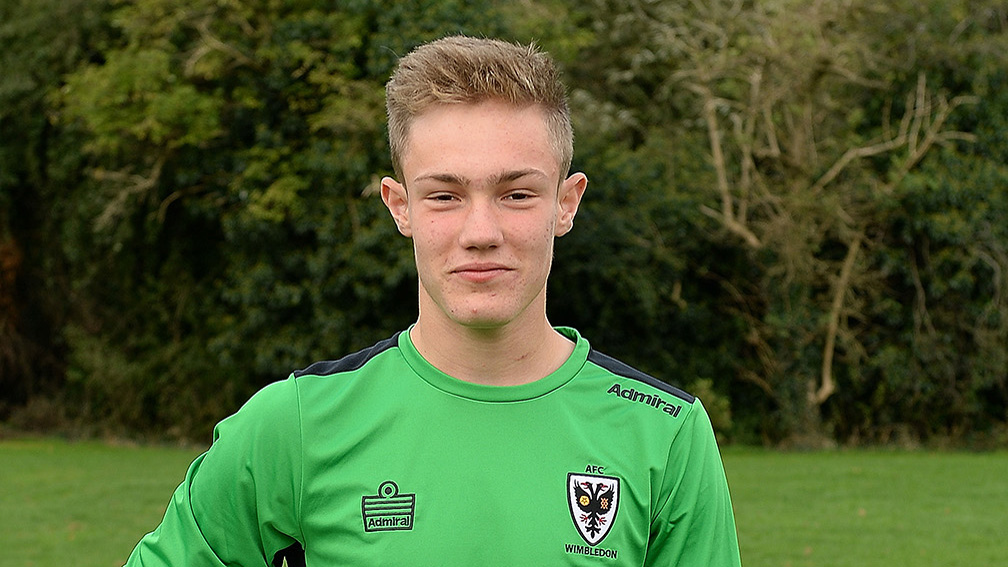 Q: Have you been following Wimbledon’s fortunes closely during the second half of the season?

A: Wimbledon’s result was the first one I looked out for after every game. I really care about the club and I’m happy for everyone involved that we stayed up. I’ve talked to a lot of the boys in the squad, and they’ve spoken about how things have changed. I’ve heard that it’s a better environment and that’s something I want to be a part of for next season. We all want to progress and we all want to be successful.

I’m thankful for the messages of support I received on social media from Wimbledon supporters before the semi-final, but I’m just focused on this game now. After this match I will have a bit of time to reset, and then get ready to go again for next season.

Q: After coming through our youth system and into the first-team, this has been your first experience of being at another club, so what has the experience been like?

A: I have enjoyed it, but at the same time I’ve found it quite difficult. I had to adjust to coming into a new environment, meeting new people. I played quite a lot at the start, but then I was out of the team for a bit. I kept on working hard and I managed to get a place back in the team, so I’ve just tried to help out when I can. I feel that my performances have improved since I came here.

Q: Robbo was in constant touch with you during your loan spell, so was his advice important when things were not going well?

A: That’s what kept me going. I’m always quite self-motivated anyway, but it really helps when you hear positive advice from people who are successful and want you to do well. I found it quite difficult when I was not playing because that’s why you go on loan, but I think the experience has put me in good stead for the future. I have learned a lot from the experience and I’m just thankful for the opportunity I got to come here. 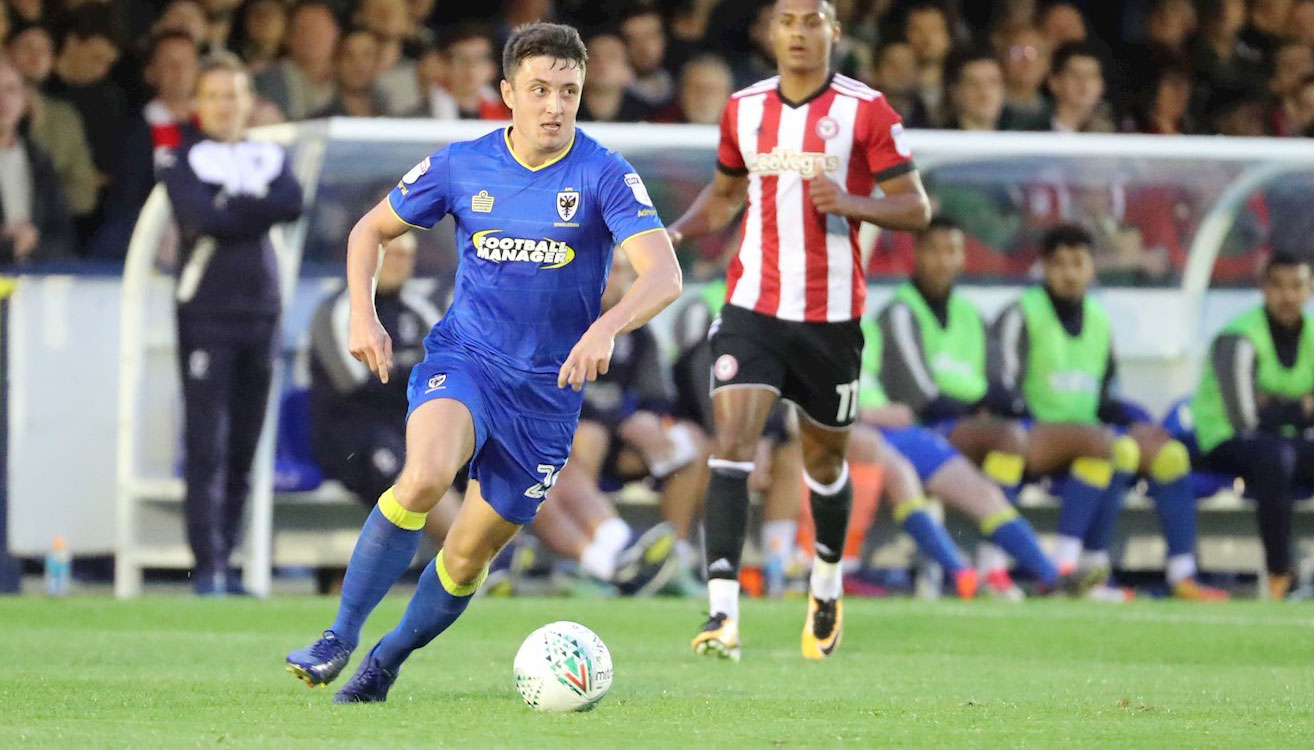 Q: It was stated in the local press that the home pitch at Newport was not helping your style of football, but now that the playing surface has improved so too has your form. Has playing League 2 football toughened you up?

A: I found it quite hard initially when the pitch was not in good condition as the games were quite physical and scrappy, but even in those matches I learned a lot. It has brought out the other side of my game, the off the ball stuff, which I know I’m capable of. I’ve just had the platform to go out and show it.

Q: Was living away from home, leaving Chessington for the first time, a real eye-opener for you?

A: It was a massive eye-opener to be away from family and friends. It’s quite hard at times, but I think that everything I’ve been through here has been a really positive experience for me. I’ve made a lot of new friends, so it’s been a positive from the social side as well, providing those life experiences. I’ve been sharing a flat in Liswerry with Luke Gambin, and we’ve become really close friends. The flat is just five minutes away from the training ground and you can get into the city centre in a 20-minute walk. Newport is in between Bristol and Cardiff, so it’s nice to see a different part of the world. It has been good to be in a different environment and to push myself.

Q: There was a familiar face when you arrived at Newport with our former loan keeper Tom King as one of your team-mates. How much did he help you?

A: He’s one of the biggest characters you will meet in football and it makes it easier when you come to a new place and you know someone already. He helped me to settle in by making me feel welcome. He has been really good with me.

Q: What has it been like working with Newport manager Michael Flynn?

A: He has been good, and I’m very thankful to him for letting me come in and play. He’s given me an opportunity to get back to enjoying my football again. It was a difficult start for me here, but there’s been more good times than bad. Overall, I’ve really enjoyed the experience, and I think it’s one I will benefit from massively. 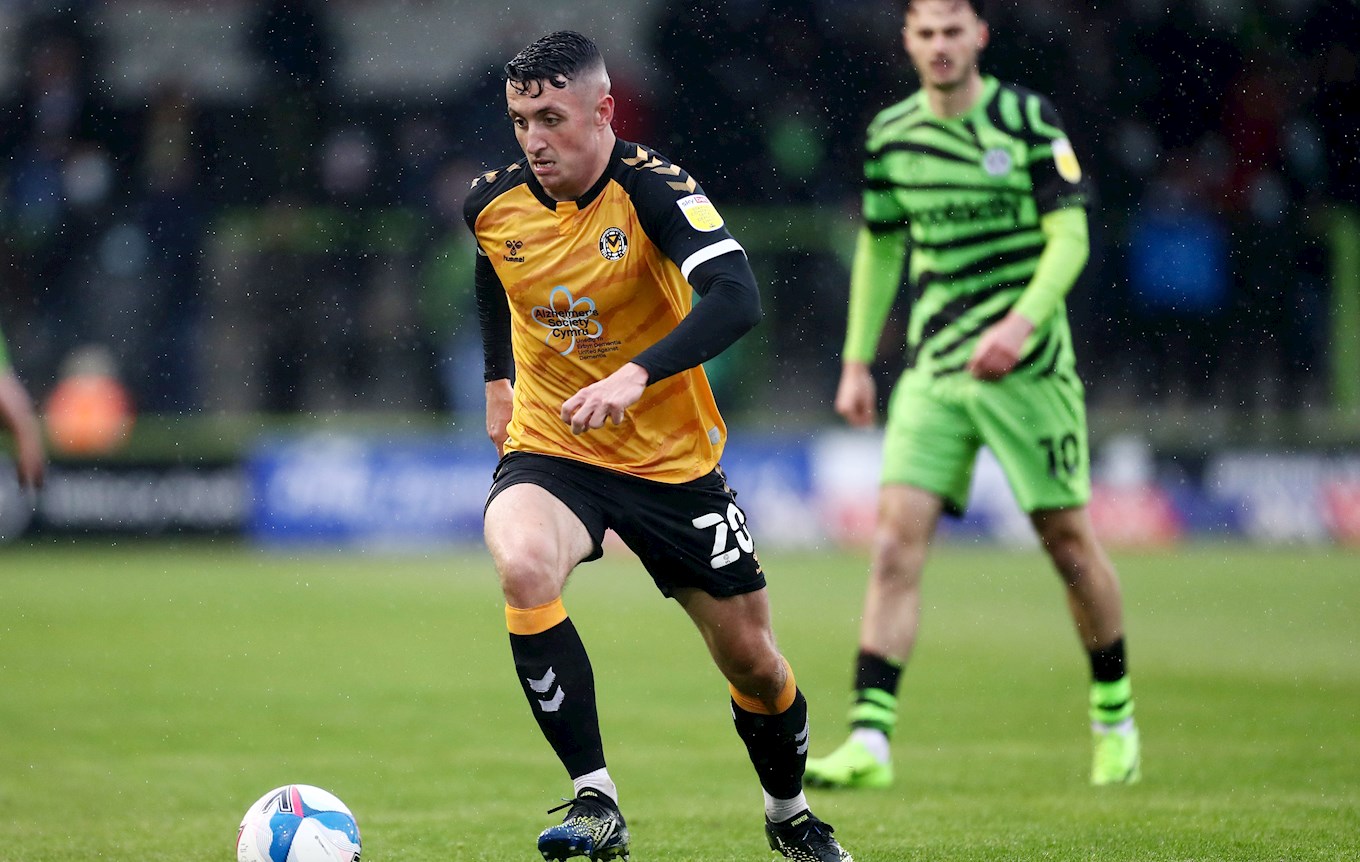 Q: Have you sensed the excitement around Newport about getting to a Wembley final?

A: We are all excited, but we are just focused on the game and not the occasion. We’ve got a target and that’s to get promoted and we’ve got a great chance of doing that on Monday. We just need to focus on that.

Q: What was it like to be involved in that dramatic semi-final against Forest Green?

A: It was crazy! We won the first game 2-0, but they came out of the blocks so quickly at the start of the second leg. It was very tough, but I learned so much from that match on its own. I’d never been involved in anything like that second leg before, but they are the games I want to be involved in.

It’s a different sort of challenge here as we’ve been pushing for promotion, but at Wimbledon we’ve been fighting relegation in the last few years. I think I’ve shown this season that I can thrive off those pressure situations in a team going for promotion. That’s how I’m going to try to get the best out of myself in the future.

Good luck to Anthony at Wembley on Monday - from all at AFC Wimbledon!