The brilliant Royal photographer who took official portraits for the Duke and Duchess of Cambridge’s 10th wedding anniversary last week is also the inspiration behind a stunning exhibition that puts AFC Wimbledon fans in the frame.

Chris Floyd, who has earned worldwide acclaim for his stunning pictures of celebrities like Sir Paul McCartney, Line Of Duty star Vicky McClure, David Hockney and Jude Law, was invited to Kensington Palace to help William and Kate celebrate their special day.

But closer to home, he’s also taken 16 evocative pictures that highlight the diversity of our fanbase and underline our “We Are Fans, We Are Owners, We Are Wimbledon” ethos.

The posters are now proudly hanging on walls inside Plough Lane so they can be seen by members of the public coming to the ground for their Covid jabs. 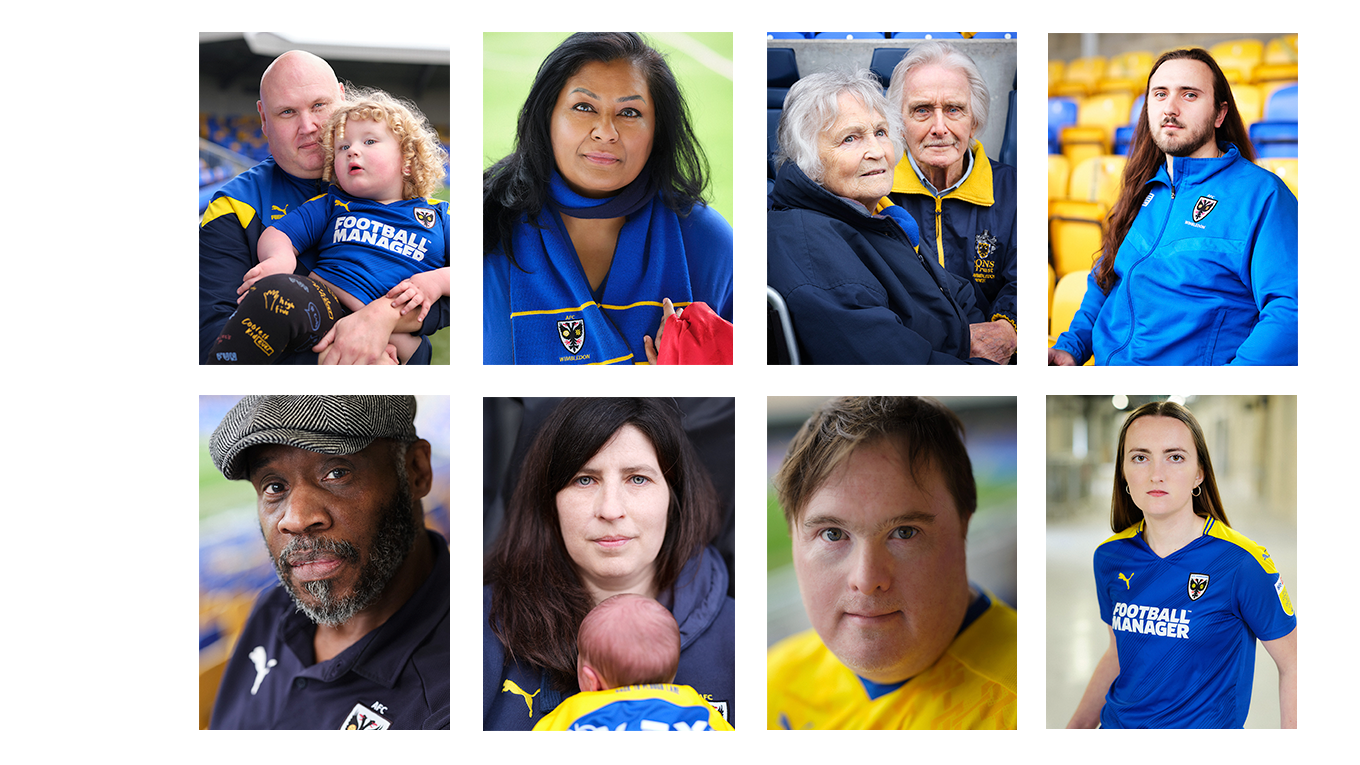 “We wanted the images to be really striking so we approached Chris. He was phenomenal to work with,” explained Dons Trust co-chair Jane Lonsdale, who leads our club’s Diversity and Inclusion Group.

Jane explained the idea came about while she was attending a public consultation for our new stadium back in 2014.  “I remember this man saying to me ‘you don’t look like a football fan’.

“I asked him what he thought a fan should look like and his response was ‘a white middle-aged man, possibly balding, bit thuggish’.

“That conversation stuck with me and I’m proud to say it’s not the reality at our club. When I look at our fanbase, I see a wide, diverse set of fans that spans different ages, disability, gender and ethnicity.” 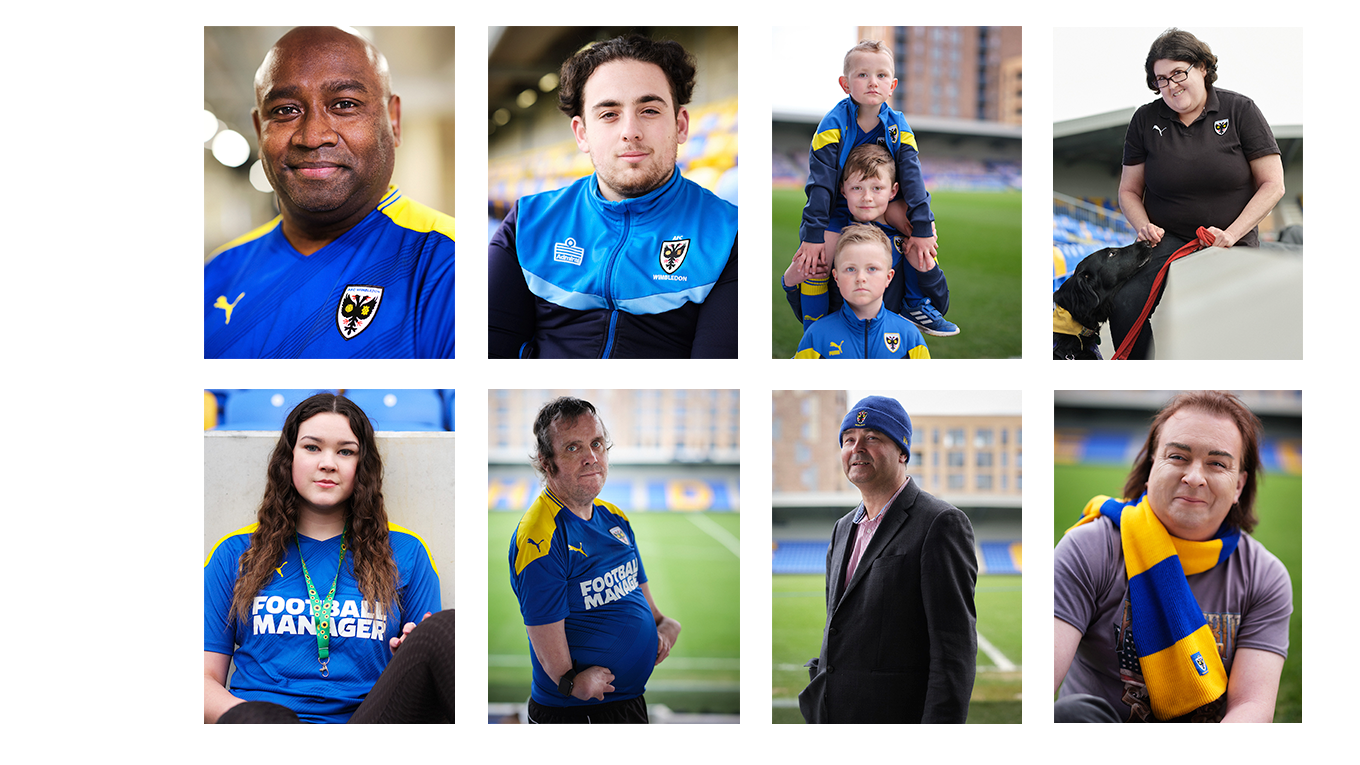 That is underlined in the pictures themselves. Jane added: “One of the photos shows a girl wearing a sunflower lanyard, which indicates hidden disabilities. Then there’s a lady with a four-week-old baby. And Sid and Alice who are 95 and they come to football week-in, week-out.

“And yes, there’s the classic white male – only he’s actually holding his son! We’ve worked very closely with Fans For Diversity, which is part of the Football Supporters Association. They’ve been very supportive of the work and helped us fund some of it.”

You don’t have to book a Covid jab at Plough Lane to see the photos. They’ll also be displayed on the LED board above our now-open club shop, and on local hoardings and buses.

“This is for people in the community and we would love them to come and find out more about us,” added Jane, who was made an MBE for her contribution to public service and volunteering in the 2020 New Year honours.

Floyd said: “I am delighted to be involved in this project. The story of AFC Wimbledon is beautiful. I’m old enough to remember when the team was at Plough Lane originally and this move back to SW19 has brought so many different people together.

“This is a club that captures the very spirit of what it means to be a community and I hope that in some small way the images I have produce capture that and encourage others to feel comfortable to become part of the Wimbledon family.”