Our young talents just came up short in today’s final after a late goal by Morgan Williams had threatened to earn extra-time.

Williams, who was one of four Under-16s in a very youthful Dons side for a senior cup competition, fired home with five minutes left after sublime play by substitute Paris Lock, but Tooting & Mitcham held on for a 2-1 victory. Wimbledon more than matched their more experienced opponents until the match turned when Tooting scored twice in three second-half minutes in the final quarter. A crowd of around 700 spectators watched a well-contested final, played on a 3G pitch at Hendon FC.

A sign of Wimbledon's youthfulness was that Under-16s Williams, Remi Onabanjo, Jola Lahan, and Aron Sasu were all in the starting line-up. The Dons had displayed talent in abundance to win through to the final with victories against Balham, Cockfosters, and Cray Valley Paper Mills. Tooting, who had edged out Hanwell Town in their semi-final on Friday night, eventually proved a step too far, but only after a determined effort by a Dons side jointly managed on the day by Rob Tuvey and James Oliver-Pearce.

Left-back Onabanjo, who was impressive in the FA Youth Cup tie versus Burnley, wasted little time showing his pace to get in behind inside the first few minutes, but he was just stopped in his tracks before he could get a shot in on goal. Ethan Sutcliffe, a tower of strength at the back during that FA Youth Cup run, displayed his defensive qualities early on by repelling an early Tooting attack.

There was good play by Dylan Adjei-Hersey to find Morgan Williams in space on the right in the 15th minute, and the Welsh youth international’s cross was well delivered, but Adjei-Hersey was unable to get on the end of it. At the other end, Dons keeper Harry Griffiths was called into action for the first time in the 17th minute when he tipped a shot from outside the area wide. From the subsequent corner, Tooting made life difficult for Griffiths by crowding around him with no protection offered by the referee, and the young Dons only stayed level after a clearance off the line. At this stage, Wimbledon had to stay strong to defy Tooting with Kwaku Frimpong showing trademark tenacity in midfield, something that was very much required against a more experienced Tooting side.

Morgan Williams, a bundle of energy in the first-half, created Wimbledon’s best chance before the break when he sent though a lovely defence-splitting pass to pick out Sasu. Initially, the tall forward showed lovely skill to adjust his feet and make space for a shot, but his low effort was well saved by Tooting keeper Gary Ross. That chance came on the half hour, but Wimbledon were unable to create anything of note during the rest of the first-half. However, Tooting had been well negated by a well drilled Dons defence with Sutcliffe as a commanding presence at the back.

The second-half started with the two sides continuing to battle for supremacy. Jake Rose had the ball in the back of the net for Tooting, but it was correctly ruled out for offside. Chances were rare at both ends, but Marcel Campbell almost created one for Wimbledon when he showed superb skill to make space on the right, before sending over a lovely cross, but no one was able to get on the end of it. Sutcliffe produced a defensive tackle that had Wimbledon fans applauding from the stands as Wimbledon's youngsters continued to show they were up for the battle.

Tooting squandered a golden chance to take the lead in the 68th minute when Jake Rose went clean through on goal, but his shot bounced off the inside of a post and rolled along the line, before it was scrambled clear. However, it was only a temporary reprieve for Wimbledon. Dons keeper Chapman's clearance struck Daniel Williams, who subsequently squared the ball to Rose and he made no mistake from close range in the 70th minute. Wimbledon's task was made harder when a second goal was conceded just two minutes later. A corner by Daniel Williams was headed home by Mark Waters at the back post after Chapman appeared to be fouled, but the referee thought otherwise.

Far from accepting defeat, Wimbledon pushed on again and earned a way back into this match. Superb close control by substitute Paris Lock created space in the box and though Ross saved his shot, Morgan Williams was first to react and he slotted home from close range. With five minutes left, there was still perhaps a chance for Wimbledon to get a late equaliser to force extra-time. The young Dons were rejuvenated with Williams leading the charge, but Tooting clung on to earn a slender victory. Despite defeat, Wimbledon's youngsters could certainly hold their heads up high after giving everything for the Dons badge on the day. 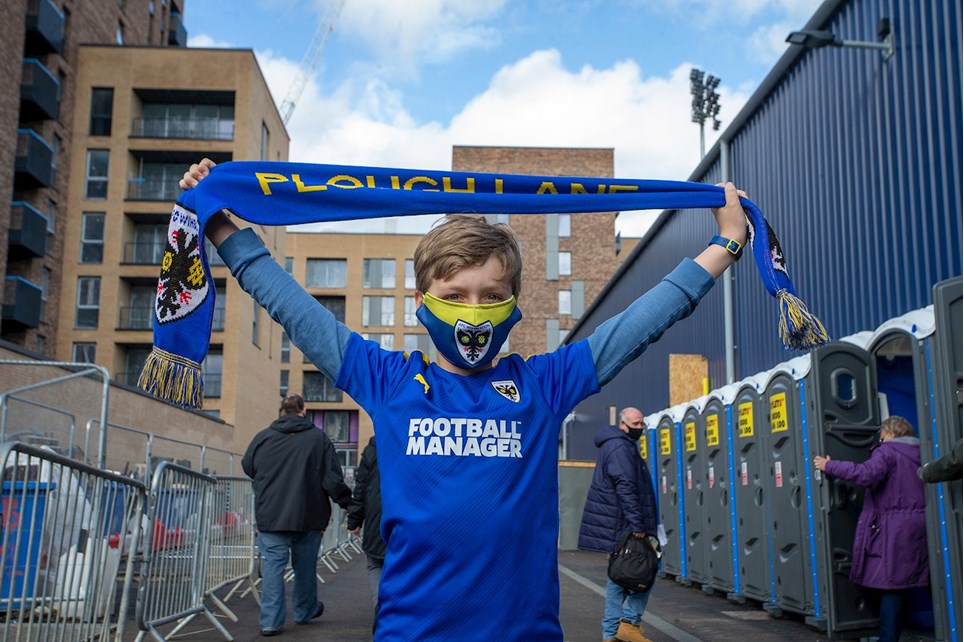 
It wasn’t the match. It was the roar. 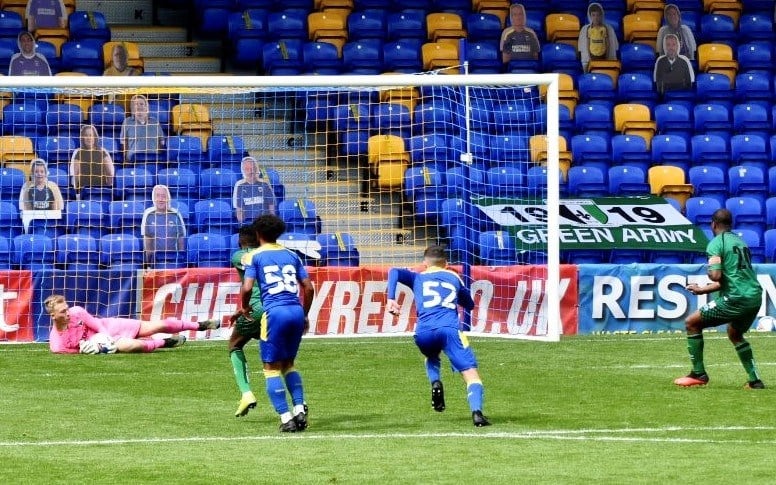 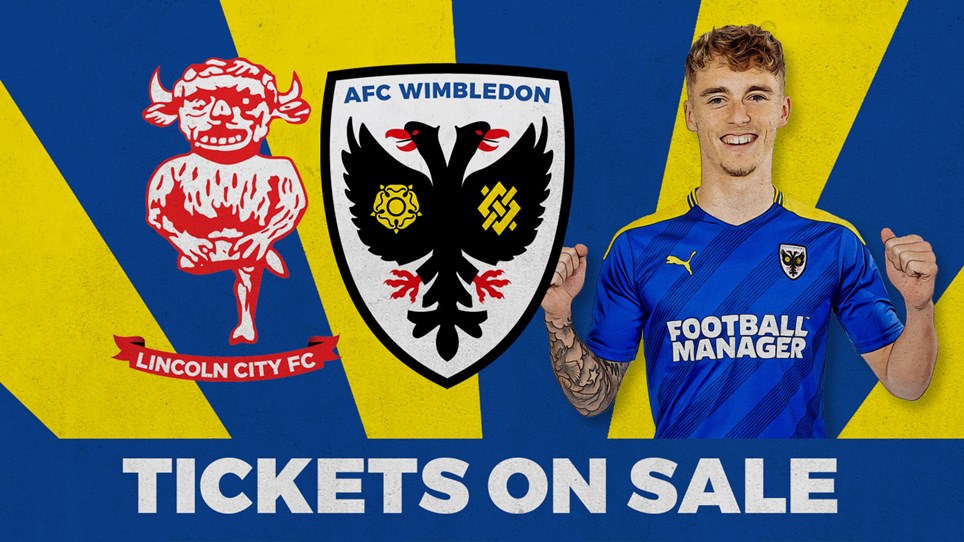 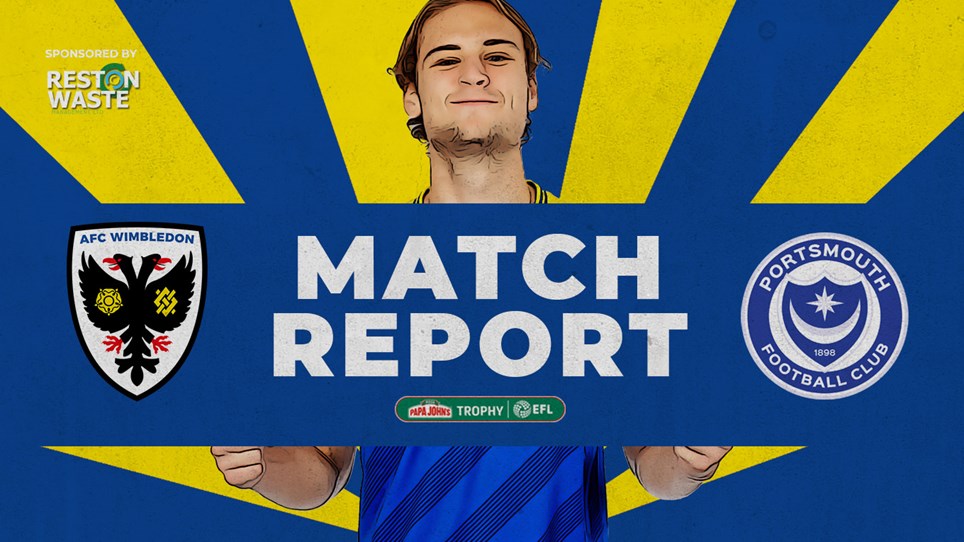