Spear we go! Ayoub Assal has hit the bull’s eye once again – and this time he won’t be getting into trouble!

Our exciting 19 year old signed a new contract extension this afternoon, keeping him at the club for three more years. To mark the occasion Ayoub was presented with a commemorative shirt with the number 2024 on the back and then he said: “I can’t wait to see our fans next season. As a team we have something special happening and I want them all to see it.” 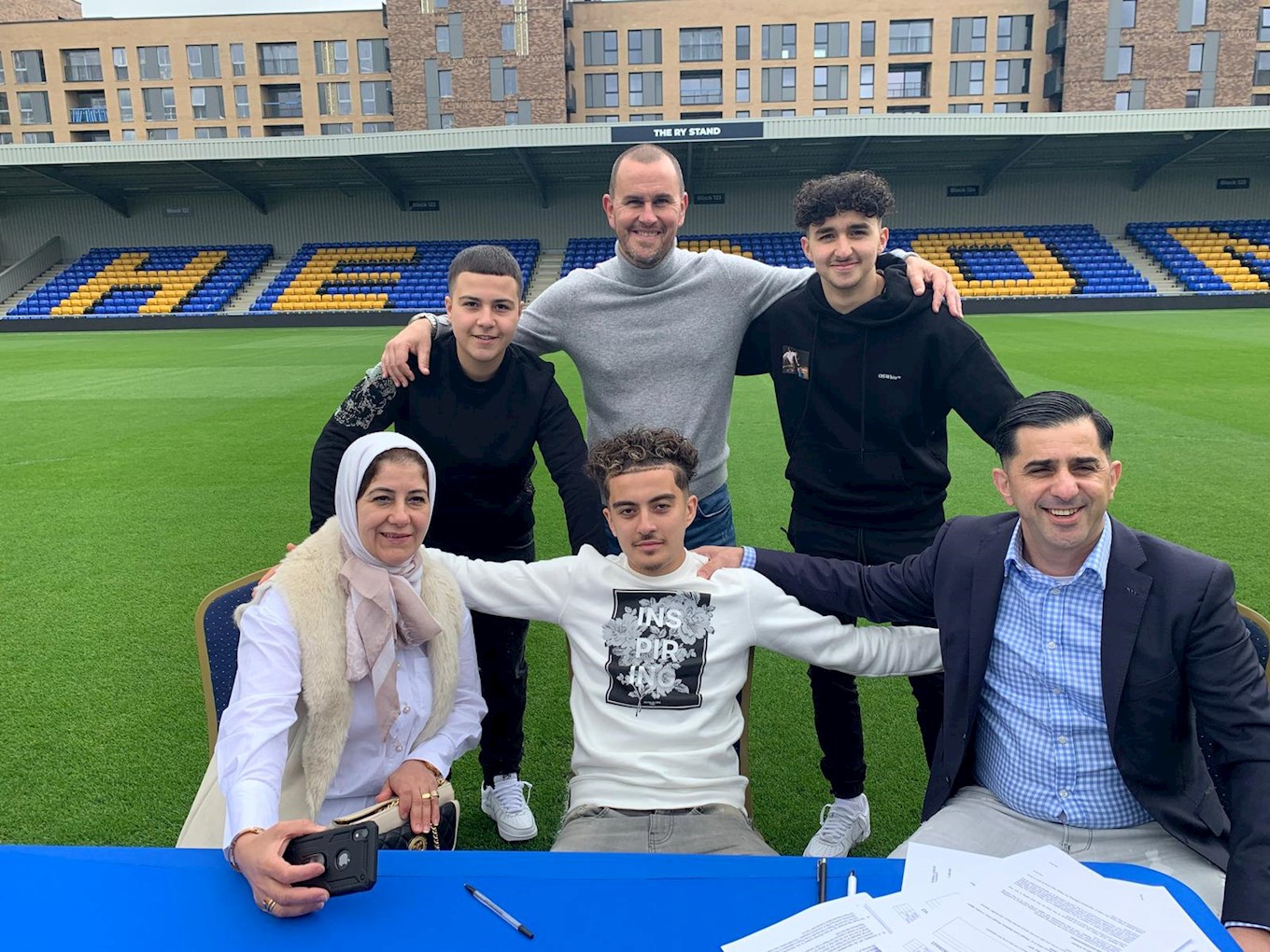 It’s been a whirlwind season for our Academy star, who only made his league debut in March and then hit four goals in 16 games.

One of the lasting images was when he scored twice in our pulsating 5-1 triumph at Accrington – but then got booked for grabbing the corner flag and pretending to throw it like a javelin.

Our Head Coach Mark Robinson explained the background. “After one of our training drills, I told the players to pick up the equipment,” he smiled.

“Woody grabbed a corner flag and threw it like a javelin – so Ayoub did the same. Unfortunately, his went straight through one of the value boards I like the players to read at training. I wasn’t best pleased!

“It’s great news that he’s signed and it’s exactly what we need to be doing – getting excited about our talent in the building and showing our commitment to them.”