Though the league campaign is over for us, there's still a chance for the Dons to secure silverware this season!

Wimbledon are in match action tonight in the London Senior Cup at Cockfosters FC (7.30 pm kick-off) with an opportunity to progress into the semi-final of the competition.

First-team coach Rob Tuvey takes charge of the side tonight and he told us that it will be a young Wimbledon squad for the match at Chalk Lane, Paul Osew (pictured) offering first-team experience.

“The squad will mainly be made up of Under-18s, but there will be four Under-23s playing with Paul Osew, Corie Andrews, Elliott Bolton, and Jack Madelin involved," said Rob. "Paul has got that first-team experience, but ultimately we want all the boys next season to get that experience, whether that’s through a loan or with us."

We progressed to the quarter-final stage of the London Senior Cup with a 2-1 win versus Balham in the last round, thanks to a late winner by Shayon Harrison. Rob wants to see an improvement on that performance from the young Dons aiming to be a part of the club's future.

“First and foremost, we need to put in a good performance," added Rob. "We want to focus on ourselves in terms of in possession, but also not take for granted the importance of the work we need to do out of possession.

“We will be looking for the team tonight to show the qualities that the first-team have produced recently, including being aggressive off the ball, but also playing with freedom and expressing themselves when they have the ball. That will be the main aim for tonight.

“Every competition we go into wearing a Wimbledon shirt we should aim to win. The Under-18s have done really well in the last year, winning the Youth Alliance Cup, and it’s important that they try to emulate that in this competition."

Wimbledon have won the London Senior Cup six times, most recently in 2014 when Will Nightingale helped the Dons to 2-1 victory versus Met Police at Imber Court. Essex Senior League side Cockfosters earned a place in the quarter-finals with a 3-1 versus Clapton.

We will be providing live updates on our official Twitter page from tonight's game. The picture below shows our victorious squad from 2014, including a young Will Nightingale, and several other familiar faces! 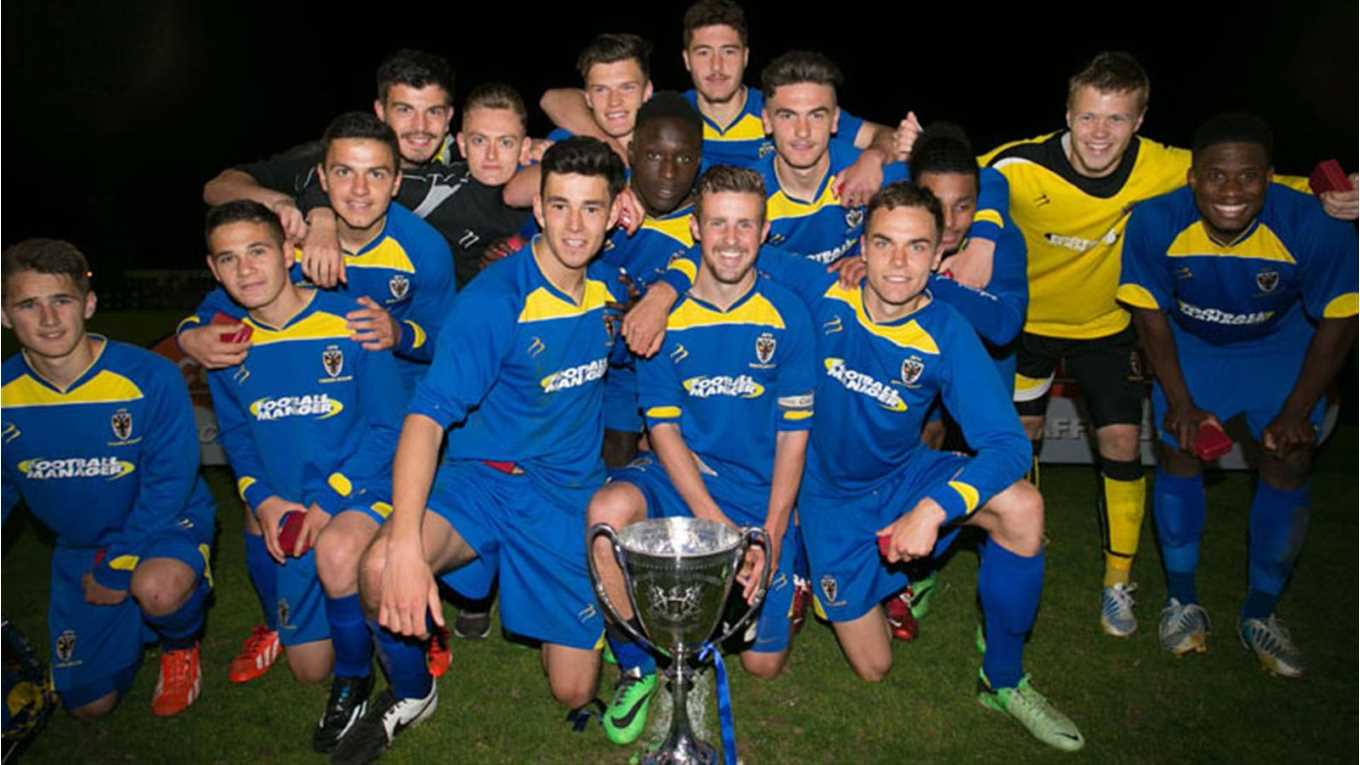