Ben Mason produced a sequence of all-action displays on the right flank during last season’s memorable FA Youth Cup run and we caught up with him for a chat before tonight’s match versus Woking.

From joining us at the age of 10, Ben has shown a never-say-die attitude that will resonate with Wimbledon fans, displaying determination on the pitch, as well as off it, including winning the Richmond Run. During lockdown Ben even produced his own fitness video that showed his resilience to keep going until the end!

What age did you join Wimbledon and what does the club mean to you?

“I first came here on trial with the Under-10s and I eventually signed for the Under-11s. It’s my eighth or ninth season now, so the club means a lot to me. I’ve developed loads as a player, but also as a person as well. I joined before I was even in secondary school, and I’ve gone all the way through the ranks. Now I’m a second-year scholar at the club. I’ve seen the club progress as well during that time as I was at the play-off final at Wembley in 2016. I’ve been brought up with the club, and it means so much to me.

“When I joined the club remember seeing all the lads for the first time and getting used to playing at a higher standard as it was a lot different to playing Sunday League. It was the start of a whole new journey as I became part of a professional set-up, getting used to training more regularly.”

What can you remember about attending that final at Wembley?

“I can just recall it being an amazing day. I remember Lyle Taylor’s goal, and Akinfenwa scoring the penalty. I went up to Wembley with my family on the day, so it was a great day, as well as a fantastic match to attend.”

Did you play for any other club before Wimbledon?

“The only other club I’ve played for is Ascot United before I came here. When I was four or five I started at this soccer school, which led to me joining Ascot United. I played there until I was 10. I was born and brought up in Chertsey, so I’m fairly local.

“When I was younger I was more of an attacker. I played right wing, but when I came to Wimbledon I was a centre back. I played there in a trial game against Reading, and I did well enough in that position to get signed up.”

You had a taste of playing at Plough Lane last season in the FA Youth Cup. Can you imagine what it would have been like with supporters in the ground for the Burnley game?

“It was such a good experience and it still brings a smile to my face when I think about it now! What we want to do is recreate that again, and with supporters in there it will take it to a new level. In the Tottenham game I reckon the fans would have given us that extra push because I was there when we played Chelsea in the FA Youth Cup. It’s a dream of ours to have another situation like that and hopefully get the win as well.” 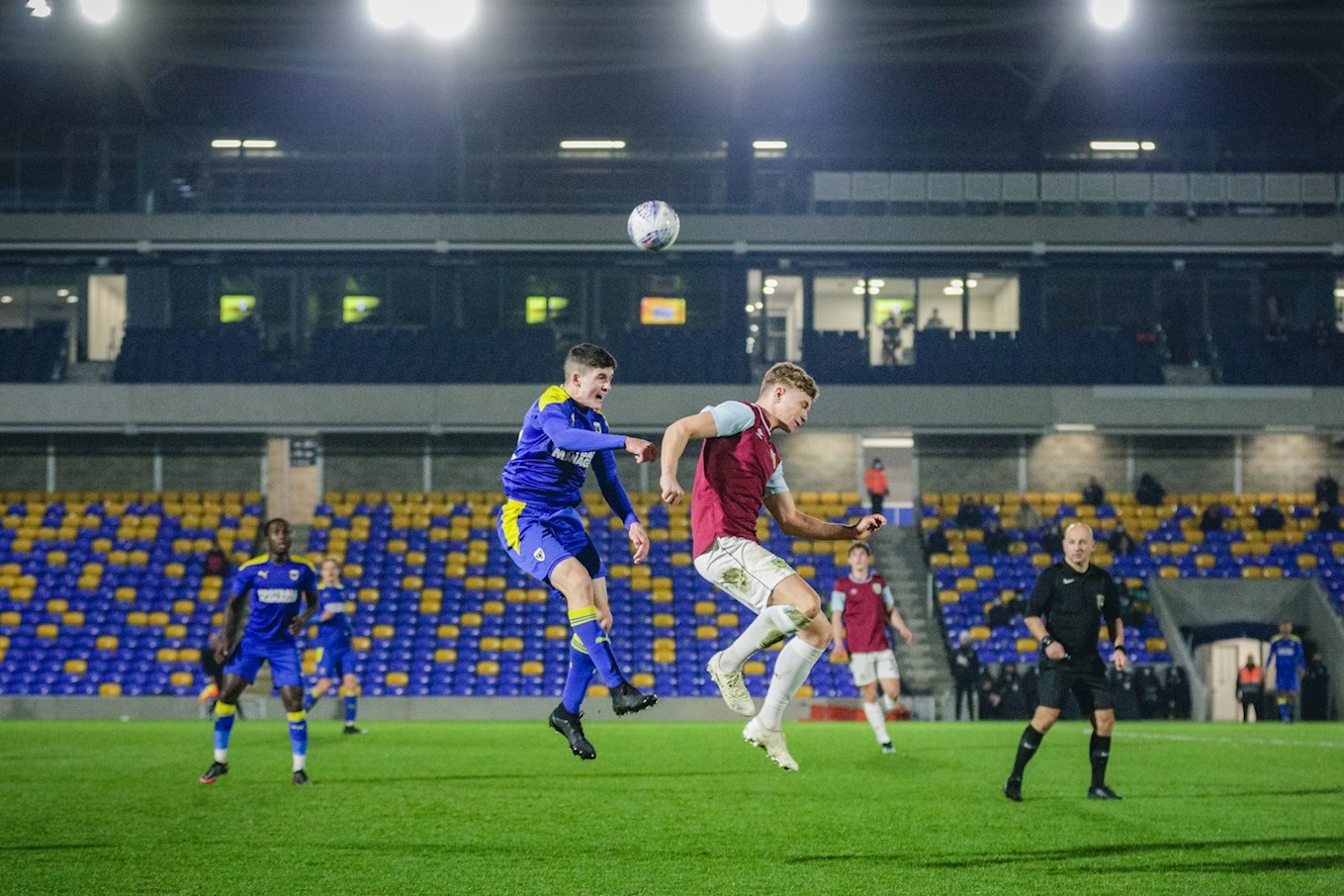 What are your strengths as a player?

“My attitude to keep going and willingness to get the win for the team. A strength of mine is one on one defending and on the ball I can effect the game in all areas of the pitch. I like to think that I can be strong defensively and also add a bit going forward as well.”

You won the Richmond Run this year, so does that fit in well with your never-say-die attitude as a player?

“I had watched the Richmond Run on our You Tube channel for years. I always looked it up to see what the squad was and who was taking part. I had watched Anthony Hartigan and Will Nightingale in it over the years, so it was a nice feeling to win the event this year.”

Will also helped with coaching the Under-18s recently, so what did it mean to receive advice from him?

“With Robbo as Head Coach I feel that the pathway to the first-team is there for anyone who is good enough. Getting opportunities to train with the first-team is brilliant and I was lucky enough to be in the squad for the EFL Trophy match last week, which was unbelievable. To have Will come down to help us the other day was great. He’s a fine example to follow as he joined Wimbledon at a young age like me and became a first-team regular. He was one of my role models when I first joined the club because I remember him coming down when I was on trial. He was talking to us back then about the academy and his own experiences from progressing through the ranks.”

During lockdown you put a video on You Tube about your fitness routine during a typical day. Did that really help you get through a difficult time by doing something like that?

“Obviously, it was a difficult time for everyone. We were given fitness sessions to do by the club, but there were a few extras that I added because every single day we were in lockdown! I thought that I would make the most of the fitness side to help me get through the days.”

As someone brought up locally did you know much about Wimbledon’s remarkable story before you joined?

“I knew about the FA Cup Final story and Wimbledon winning it as big underdogs, but when I was on trial I read up about the club more. That gave me an idea about what it meant to be a Wimbledon player and a Wimbledon person as well.”

James Oliver-Pearce said recently that the togetherness of this season’s squad is a real strength. What’s it been like to be a part of it?

“We’ve really stuck together and pushed each other from the first day of pre-season, and even before that. We had games last season with the Under-17s and Under-16s involved, which is the squad that we have now. We are all looking forward to tonight and we are all really excited. We’ve really started to gel as a group since pre-season, and we have had brilliant results since the season got underway.”

Buy online until 4.00 pm today, or pay on the night (from 5.45 pm at the hospitality entrance). Tickets are priced at £5 for adults and concessions. Under-18s can get free tickets, but these must be booked in advance online.