We are proud to announce that, for the first time in our club's history, the Mayor of Merton's charity Christmas Dinner will be held at our new home on December 9.

More than 150 tickets have already been sold for the prestigious event which, hopefully, will now become a permanent fixture on the AFC Wimbledon calendar.

This will be the 39th annual dinner and the unforgettable night will include a drinks reception on arrival, three-course dinner and live entertainment.

Current Mayor Michael Brunt is a passionate Dons fan and only recently handed the Freedom of the Borough to our club legend and president, Dickie Guy.

“I saw my first Wimbledon game in January 1977. It was the FA Cup game against Middlesbrough. After that I was hooked and was very proud to be at Wembley for the FA Cup final in 1988," said Cllr Brunt.

"One of the highlights of my year as Mayor so far was to present Dickie with the Freedom of the Borough. We were stood on the pitch in the centre circle - somewhere I never thought I'd stand. What an honour!" 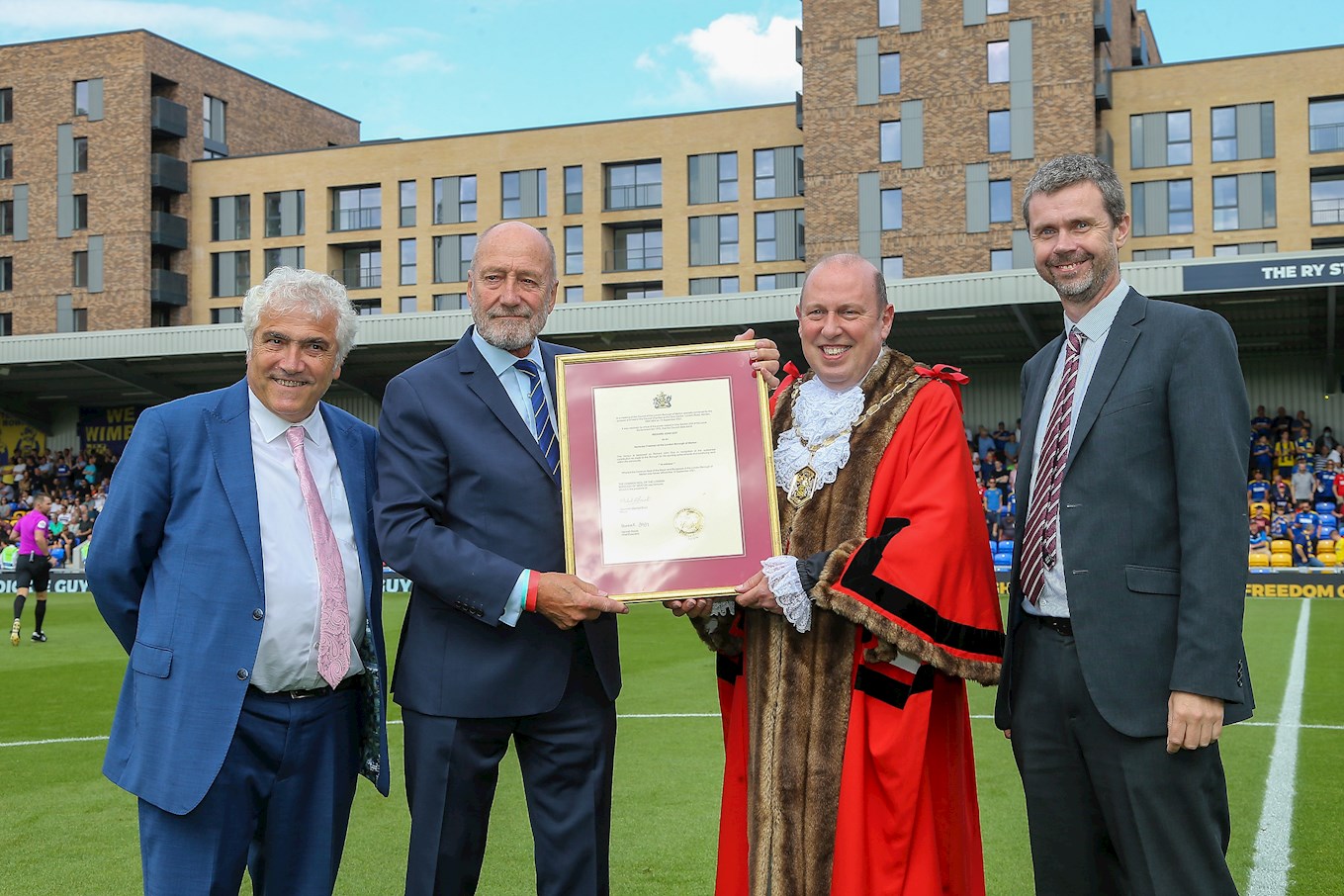 Cllr Brunt added: "Having the Mayor’s charity Christmas dinner at Wimbledon will be a first for both the club and the London Borough of Merton and boosts the partnership that already exists between us.

"Hopefully, we can establish this as a regular in the calendar for the years to come - raising money for the Mayor’s charities and for both the AFC Wimbledon Foundation and Dons Local Action Group. This year I have chosen Marie Curie and Christian Care Association Merton to be the charities.

"I hope we are successful in raising funds for all three good causes and look forward to seeing many of the Dons family on 9 December in the fantastic new banqueting suite at Plough Lane."

Please contact our hospitality team on 020 85473 336 or send an email to hospitality@afcwimbledon.ltd.uk if you have any queries about the event.