Paul Osew said that extra motivation from Substitutions Coach Sammy Lander has helped to inspire him during a spell when he’s trying to make an impact from the bench.

The attacking full-back, who is still just 20 years of age, played his part as a ‘finisher’ in the midweek win at Lincoln, and he’s ready to take on League One high-flyers Wigan on Saturday.

“Sometimes you have to look at other ways you can be inspired, and relate it back to your game,” said Paul. “Sammy has been coming in and showing us different ways that we can still be effective, and it’s been very helpful. Our finishers have been coming on, and they’ve been having an impact on the pitch. It really does help when people come in to share their experiences.

“I sometimes watch videos of me playing from previous seasons, and Sammy asked me, ‘what’s that you are watching?’ When I told him he said, ‘that’s really good, keep doing it’. My first goal for Wimbledon against Rochdale is in there and it really gets me going. It makes me think, ‘you’ve got goals in you!' It just keeps reminding me to keep going, that the time is coming, and when it does just take it.

“I have talked with Sammy because sometimes I feel I need a little bit of motivation before a game starts. He tells me to listen to some motivational speakers before the game, and we have conversations later as the game goes on.” 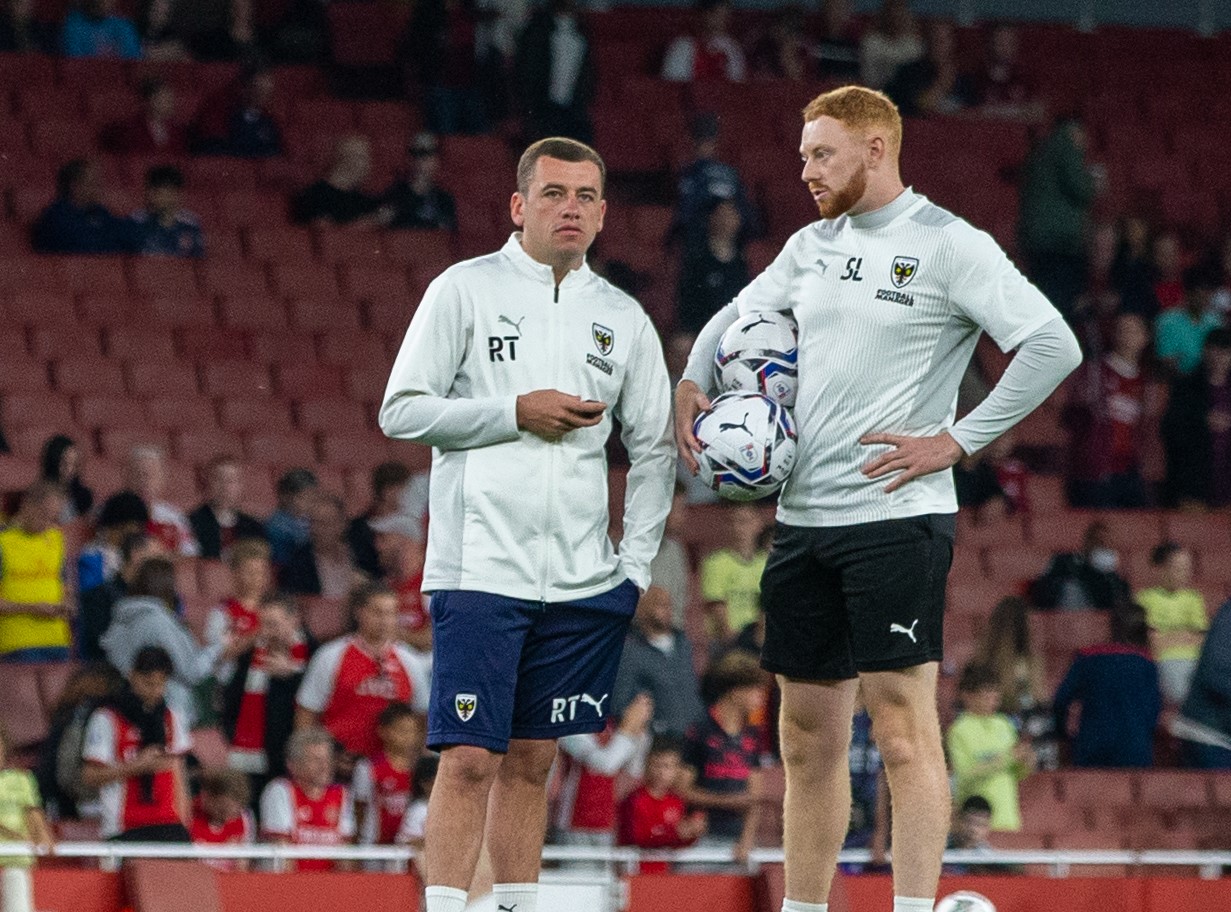 Having come through the academy under the guidance of our first-team coach, Paul is enjoying being a part of Robbo’s plans to take Wimbledon forward.

“What I love about this club is how the fans are and the manager,” he added. “Whether you are having an off day or a good day, you are still getting ways to improve every day. Whether that comes from the manager or your team-mates, it’s very inspiring at the training ground. It makes you want to play for the badge, and just stay here to live the dream. It is the greatest story in football history, so we just have to keep living it.

“When Robbo did get the job I was already used to how he coaches and tries to implement things. I had an idea of how he was going to try and bring things we used to do in the academy into the first-team.

“It’s not the best hearing you are not in the squad, but in my head I know that I just have to be here for the team and make sure I’m still here to encourage the boys, on and off the pitch. When the time comes to take my chance I have to be ready.”

The recent example of Paul Kalambayi grasping his first-team opportunity provides motivation, and he recalled helping his close friend through a tough time.

“When the injury first happened we just had a full on quiet journey! It was probably the most awkward car journey yet! When he wasn’t in I was calling him, just making sure he was all right. For him, he said it was like going back into that dark place, and I knew what he was going through from the time I was injured. When he came in for his physio and rehab stuff I was helping to keep him going, and making sure he was still having fun with the music in the car journeys!”

Click on the link below to listen to an extensive interview with Paul, in which he also talks about choosing the right path in life after being brought up in Brixton.