We continue our countdown to Saturday's visit of Sheffield Wednesday by recalling a memorable match against the Owls that reminds us of Dave Bassett’s farewell.

Dave is pictured right above with Wally Downes after the latter’s testimonial match at Plough Lane.

He was surely the most influential figure in the history of Wimbledon Football Club. When Dave Bassett arrived as a player in the summer of 1974 Plough Lane was a backwater hosting Southern League football. By the time he left after overseeing a 2-0 victory at Hillsborough 13 years later the club had just finished its first top-flight season in an astonishing sixth place. And Dave departed that day with high praise from Sheffield Wednesday boss Howard Wilkinson, who declared him to be his manager of the season.

The final week of the campaign had seen the Dons complete league doubles over Manchester United and Chelsea before they travelled north for a final-day game played in front of 18,823 fans. Glyn Hodges, a man who had played under Bassett as the team had gained three promotions in just four seasons, scored a brilliant second goal with what proved to be his final kick as a Wimbledon player. He joined other stalwarts like Kevin Gage and Nigel Winterburn in leaving SW19 that summer.

Bassett himself made an emotional farewell speech to supporters at the end of Wally Downes’ testimonial match in the days that followed. “The fans are brilliant here. I’ve had a great 13 years at Plough Lane as a player, assistant and manager. The supporters have been good to me and I will always have fond memories. I feel very emotional about the club. I hope that Wimbledon will flourish in the future. If they do, I will be highly delighted.”

This series is written by Stephen Crabtree, editor of The Historical Don, and issue 34 will be on sale in November.

The picture below shows Glyn Hodges celebrating his goal at Hillsborough. 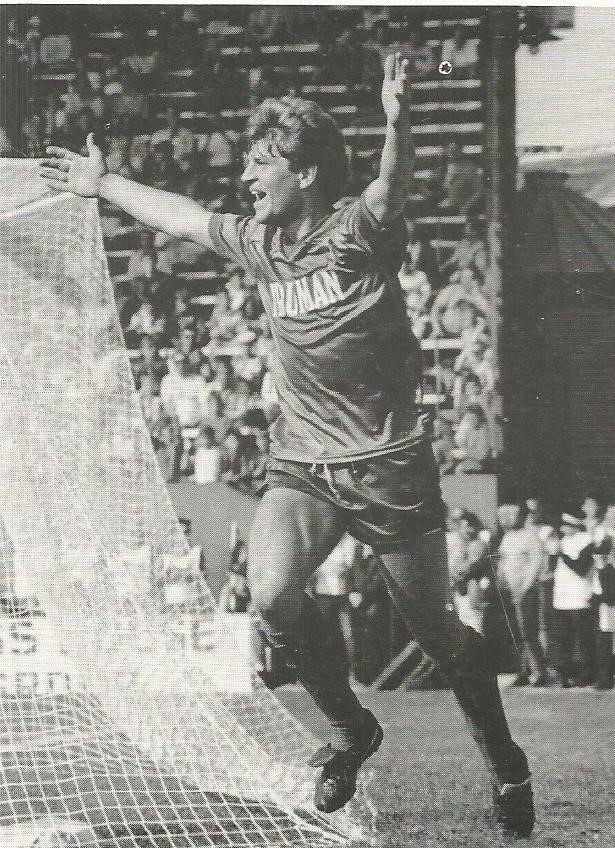