Cheye Alexander started his career with the Irons - and he showed plenty of steely resolve to make his league breakthrough.

Cheye’s story includes an eventful chapter of bouncing back that will resonate with our supporters after the club’s very own tale of rising again through adversity.

At the age of 16, Cheye’s dream of playing for his boyhood club West Ham was hit by Osgood-Schlatter Disease, a condition that causes an inflammation of the area just below the knee for growing adolescents.

“I had growing pains and I was out for around a year,” Cheye recalled. “It impacted upon me quite a lot as I couldn’t run, and I could barely move! Back then I was close to representing England at youth level, but I missed out because I couldn’t play. After a year I started getting back fit, the growing pains started to go, and I started to come through it.

“It was frustrating, but I knew that I was going to suffer from growing pains at some point. I was very, very small. I can’t tell you exactly, but I was about 5ft. I was tiny, and that was one of the reasons why I didn’t get a pro deal. Then the following year when I left West Ham I started to grow!

His stature increased – Cheye is now around 5ft 10 inches – and so too did his career. Though a move to Port Vale didn’t work out, his football talents caught the eye during spells in non league with Ilkseton, Concord Rangers, Bishop’s Stortford, Aldershot, and Barnet.

“It’s like our underdog story really,” added Cheye. “I always felt I was good enough to play in the league, but I had to keep working on my game, and I’ve started to climb the ladder. Hopefully, one day I will get as close to the top as possible. Wimbledon is a huge club and the fanbase is unbelievable. When I signed the stadium was getting built and the whole feeling around the club attracted me to sign here. I can refer it back to my journey as I also started at the top and had to go back to the beginning. I had to rebuild my career again after being let go by West Ham.

“I had opportunities to join League One clubs when I was 22 or 23, but my family was more important to me, and that’s still the case now. There were teams I could have joined that wouldn’t have worked for my immediate family, but also I didn’t want to leave my Nan and Grandad.

“The four seasons before I came here I was part of teams that finished in the play-offs every season.  I maintained the mentality and belief that if I kept working hard the right club would come in for me. I took the decision to stay local to me, play at the highest level that I could, and wait for the perfect club to come along. When Wimbledon came in for me it was perfect timing.”

A total of 46 appearances have followed with Cheye becoming a reliable full-back on either flank. His talents were demonstrated on Saturday when his fine cross led to that all-important equaliser against Burton – and he believes he can contribute more to our attack.

“I feel that I should have more assists, but If I keep putting the balls into the right areas they will come. The main thing is that I do all I can to help the team to get three points each week.

“I believe that I can play on both sides. I prefer playing on the right side because I feel that I provide more of an attacking option on the right. That’s natural to me, but I can use both feet, so I can put a good cross in from either side.

“I came here hoping to be first choice and playing week in and week out. That didn't happen initially, but with my strength and mentality I knew that if I kept showing what I was about my time would come. That time is now, and hopefully I can keep showing everyone what I can do.

“Robbo is my manager, but we are also very close outside of football. Though my career is football I still have a life outside the game. I feel some managers forget that we are just humans, and we do have other interests. Robbo is a people person, and you can go and speak to him about anything that you want. I feel that’s why we are doing well as a team.

“As a footballer, you strive to improve every day, and I feel that the real me is starting to come out now. You need regular games to gain that consistency, and that’s definitely showing now. Also, the first season when you move to a new club you need to settle in and get used to the changes, but the second season is when you can push on. I feel that this is the case for me now.” 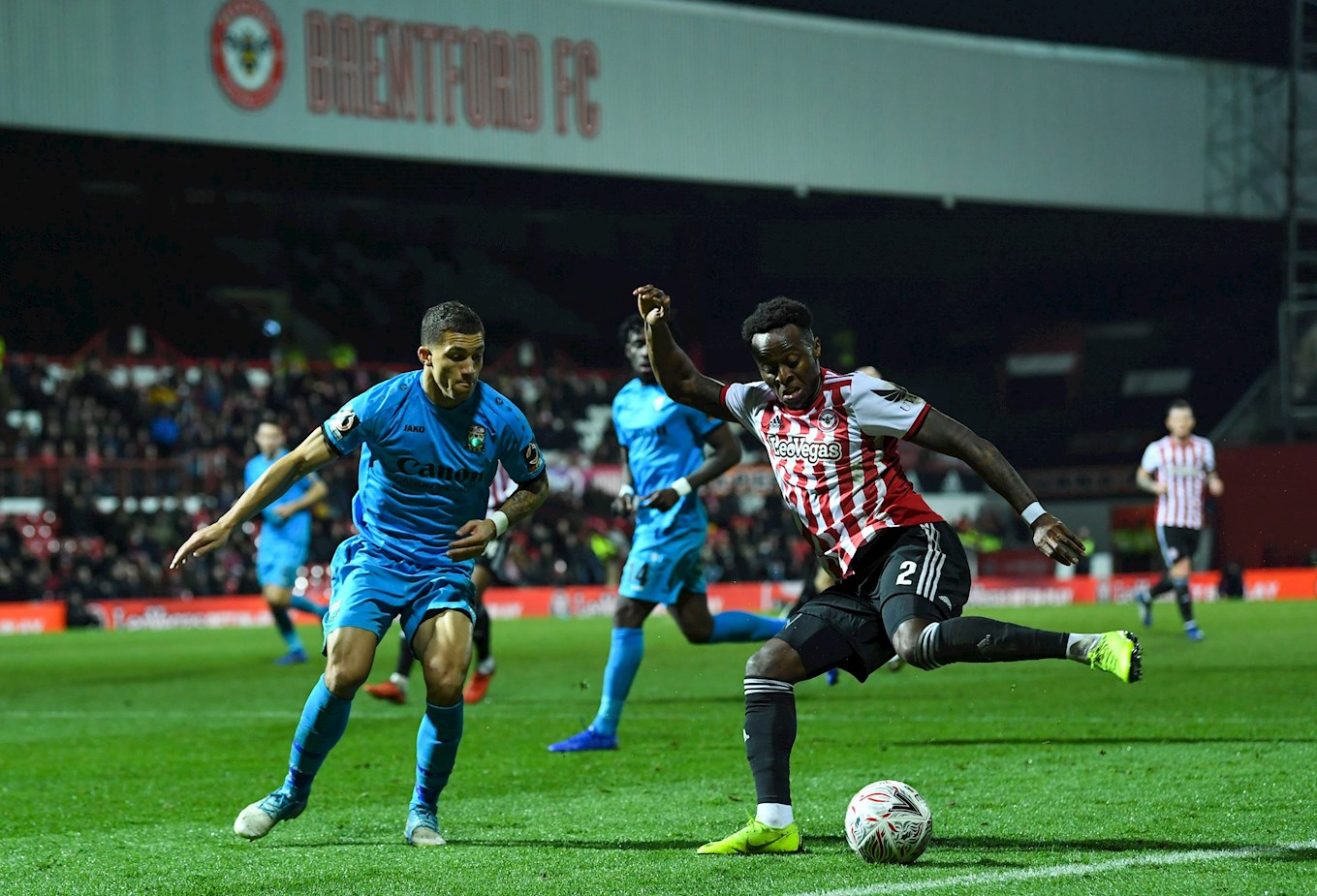 It's often said that a happy training ground environment can bring the best out of a squad at any level of the game. Cheye believes that Robbo and his staff have created the right balance of work ethic and fun, but he’s far from impressed by the musical choices at the training ground!

“I have zero input into the song selection! If I’m honest some of the song choices are horrendous. The music is really poor, and I need to speak to Robbo about that!

“There are a few of us that like to play table tennis in here, and after grafting away and doing the work on the training pitch that needs to be done it’s good to relax with your team-mates. You are still together and having that bond, but it’s completely different to playing football. I play it quite a lot, probably because I’m one of the best! Chis, Woody, and myself are probably the best in the club!”

Cheye added that our Performance Mindset Coach Steve Sallis has helped him and his team-mates to produce on the pitch.

“Steve has done an amazing job, and I speak to him quite often. Again, it doesn’t need to be just about football. You can talk to him about your own mental state, and I feel that it’s good to voice your own problems if you have them, but also to talk about the things that you’ve done well. If you keep stuff inside sometimes that can be of a detriment to what you are bringing to the team. It can affect your performance.”

Cheye, whose uncle Richard Taylor played for Leyton Orient, was born in Canning Town, and his rise through the ranks was a real source of pride to a family of West Ham supporters.

“I played for a local team called Rippleway and we seemed to win every game in every season, so we used to have scouts watching us,” recalled Cheye. “I got spotted by West Ham and I think I went there for the first time when I was seven. I signed a contract at the age of nine, and I was there until just before I was 19.

“It didn’t work out for me at West Ham, and that was the club I always wanted to play for, but my family told me that the cream always rises to the top. My Dad was the main influence on my career, and he gave me belief to rise up the ladder again. Nothing is perfect, and you have to work very hard to get to where you want to be. Thankfully, I’ve gone from the bottom, and I’m not too far away from the top. West Ham were the team I supported as a boy, and they are the team I support now.”

Playing in front of fans every week is something that Cheye has relished after a first season with the Dons that involved matches in empty stadiums. His young son Reign has certainly developed a love for Wimbledon – and now he’s a regular at our home matches!

“The fans have made a massive difference. Last season was probably the worst type of football as it felt like a training game every week, but having the fans back and our 12th man has been huge. We want to do everything we can to make them happy. It was so exciting to have the fans inside our new stadium for the first time. My son is coming to every single game on Saturdays now!”