Darius Charles today backed his defensive team-mate Dan Csoka to grasp his opportunity in the coming weeks after being hugely impressed by the Hungarian’s work ethic.

Darius partnered Dan at the heart of defence in our midweek Trophy match and he believes the 21-year-old deserves his big chance to shine after the injuries to Will Nightingale and Paul Kalambayi.

“What has been brilliant about Dan is that he’s worked relentlessly and tirelessly,” said Darius, ahead of the trip to Cambridge United on Saturday. “He just gets on with his work, which I know will stand him in good stead because he will be prepared no matter what. He’s not the type of person who dismisses his duties or doesn’t work to his maximum. He comes into training and puts the work in each and every day. That will only be good for his improvement and his evolution in the game.” 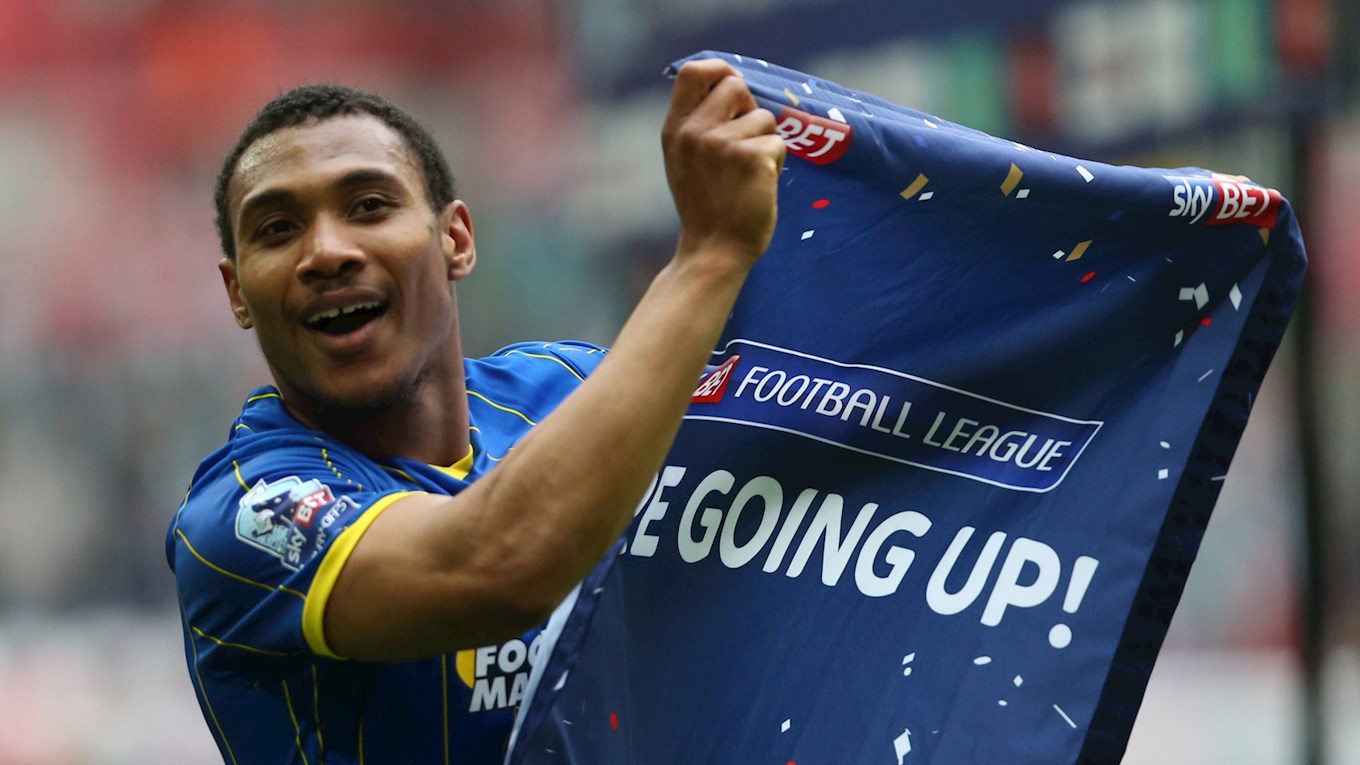 During an in-depth interview with one of our Wembley heroes from 2016, Darius was asked about bouncing back from a career-threatening injury to earn another promotion with Wycombe and how coming through those experiences can help with mentoring our current crop. That brought a rather surprising response from Darius about his daily routine!

“I always have cold showers in the morning! What that really taught me is that I work best after really traumatic experiences, or after going through suffering. A colder shower is a softer version of having an arthritic hip or breaking a leg!

“The experience I went through at Wycombe certainly helps with passing on knowledge to the younger boys. Hopefully, they don’t have to go through what I went through to get as far, or even further, than what I have in my career.”

Darius added that observing Robbo’s work at close quarters has opened his eyes to something he never previously thought about – becoming a manager!

“For me personally, I don’t necessarily believe that coaching is where my purpose or love is, but mentoring is a type of coaching in a sense,” said Darius. “I think watching and admiring the work that Robbo is doing has fuelled my passion to become a manager, which is something I’d never been interested in. Creating a culture and driving that forward is something that appeals.

“There are many things I’m blown away by with Robbo’s ethos, so it’s just a case of getting the boys there as quickly as possible. I really enjoy having conversations with people, getting to know them and getting to understand them. I get to know what makes them tick and what makes them passionate. You build a better rapport and a better workplace if you take the time to understand the people you are working with.”

Click on the link below to listen to our extensive interview with Darius.