Wimbledon renew an old rivalry this Saturday when Sheffield Wednesday visit the Cherry Red Records Stadium – and we’re counting down to the big game by recalling memorable previous matches.

Today, Stephen Crabtree, Editor of the Historical Don, recalls a thrilling match from 42 years ago.

It was a season when youthful enthusiasm was exposed as naivety. Having romped to promotion in our second season as a Football League club, the Dons were finding the going tough when Sheffield Wednesday visited for the first time in the autumn of 1979. Regrouping under the leadership of Jack Charlton, the fourth-placed Owls and their noisy army of fans were looking to chase down the league leaders – city rivals United.

A brilliant match ebbed and flowed before a passage of play that encapsulated all of Wimbledon’s attacking prowess and defensive frailties. Steve Parsons made the score 2-2 on the hour before Mark Dziadulewicz hit the bar with a brilliant free kick just minutes later. But home victory hopes turned to dust as Wednesday swept down the pitch and sliced through the Dons’ porous-looking back-line, before winning a penalty which Mark Smith converted.

Straight from the restart another moment of Dziadulewicz magic saw goalkeeper Brian Cox desperately back-peddling as a shot from the halfway line dipped just over the bar. There was still time for Terry Curran to add his second before Alan Cork pulled one back at the death. “How can you score three at home and still lose?” Dario Gradi asked afterwards. The manager was to continue to question his side’s suicidal defending as Wimbledon finished the season rooted to the bottom of the table.

The picture above shows Alan Cork pulling a goal back for the Dons, and in the photograph below John Leslie celebrates his equaliser. 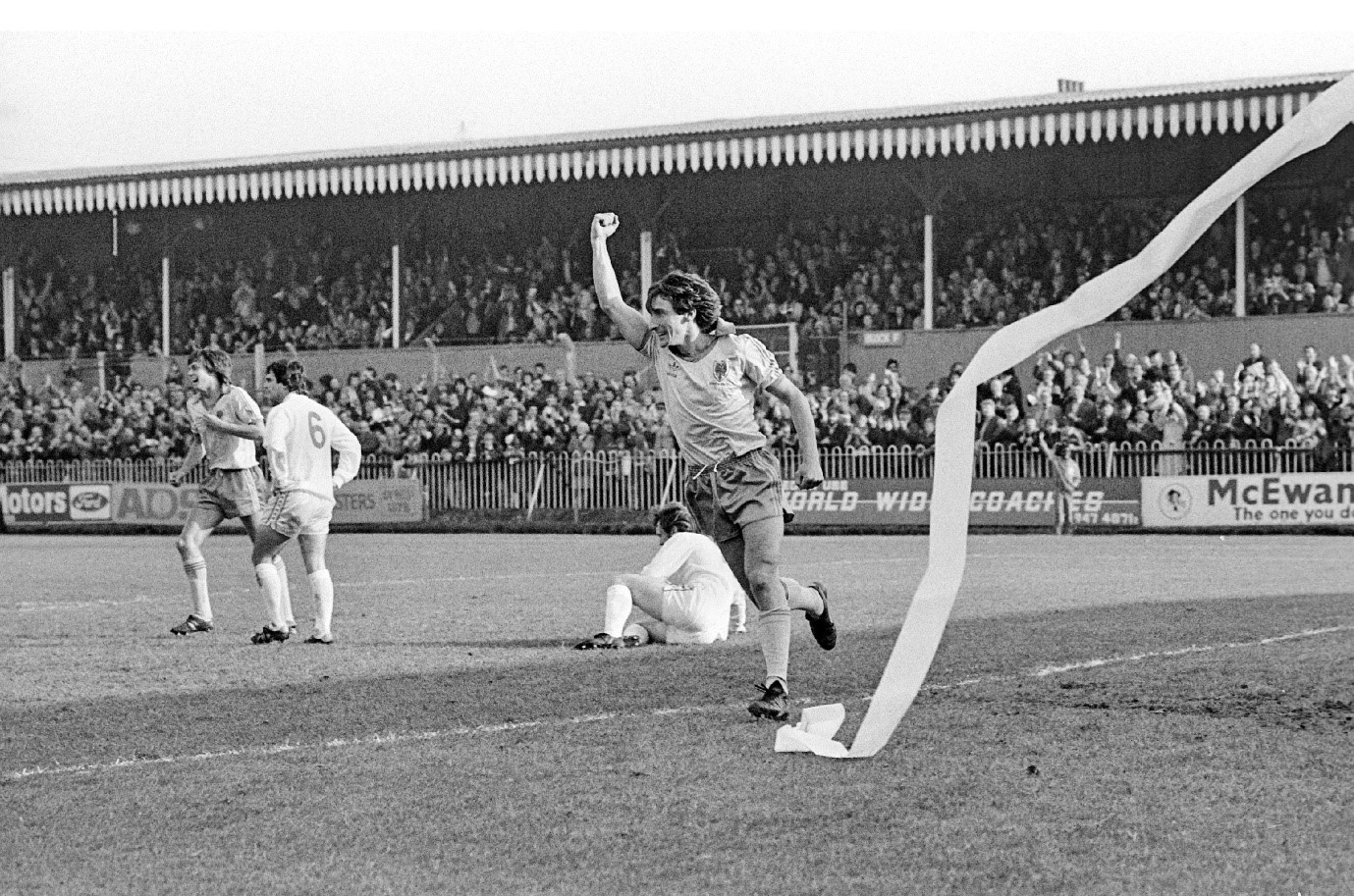