Aaron Ramsdale was back with us on Saturday and after his first visit to our new home he gave us his views on a variety of big subjects.

Our Goalkeeping Coach Ashley Bayes went to see his former protege extend an unbeaten run to six since he made it into the Arsenal side, as “Rambo” helped the Gunners to a 3-1 victory over Aston Villa on Friday night. The next day, Aaron was at The Cherry Red Records Stadium for our League One game against Wigan Atheltic.

Here’s what the England prospect had to say to us:

Q – Rambo, great to see you, what did you make of your visit to this fantastic stadium?

A – I’ve loved it! It’s a first for me to be at the stadium, but also, it’s been a long time for me to be able to just watch a game. To just watch a game is enjoyable for me! Of course, the result was a bit disappointing, but to see some familiar faces, have some good chats and to see the new home - the new home is excellent! My Dad was in the stand too, so there was a fair few of us here! It’s been good.

Q – Of course, you’ve seen it at the top level with Sheffield United and Arsenal as well now, this facility can take us to the next level?

A – Yes, definitely. It’s somewhere called home, a proper home, a base where you can build on and make it a fortress and build momentum and that’s what, obviously, Robbo and the boys are looking to do. We started the season well, but today was a little dip. Wigan are a good side as well. They’ve got a huge amount of experience and facilities at their availability. It’s one of those days in football, but it’ll stand them in good stead for what Wimbledon want to do.

Q – You’d think Wigan are going to be up there come the end of the season, but we competed in the first half, didn’t we?

A – First half was good. Second half there was a mad five to ten minutes at the start and then Paul (Kalambayi) got injured late on. Hopefully that’s not too serious. It’s one of those games that could have gone either way. If Wimbledon would have got the first goal, then, it could have swung their way. Wigan got it though and you can see they are a strong side and they’ll be up at the top end of the league.

Q - You’ve been keeping an eye on how we play, it’s a young side and we’re playing good football as well, yes?

A – Yes, they are. It’s a lot different in terms of team and style from when I was with Wimbledon. Obviously, they are playing out a lot more, there are rotations and patterns of play which is great to see. Robbo has implemented a style which is great. It’s good fun to watch! Also, Tanz (Nik Tzanev) is doing really, really well. I’ve been really happy with him. I speak to Bayzo (Ashley Bayes) all the time and I check up on the scores each week and it’s great to watch the highlights. It’s eye-catching football! The Dons fans like to see attacking football. 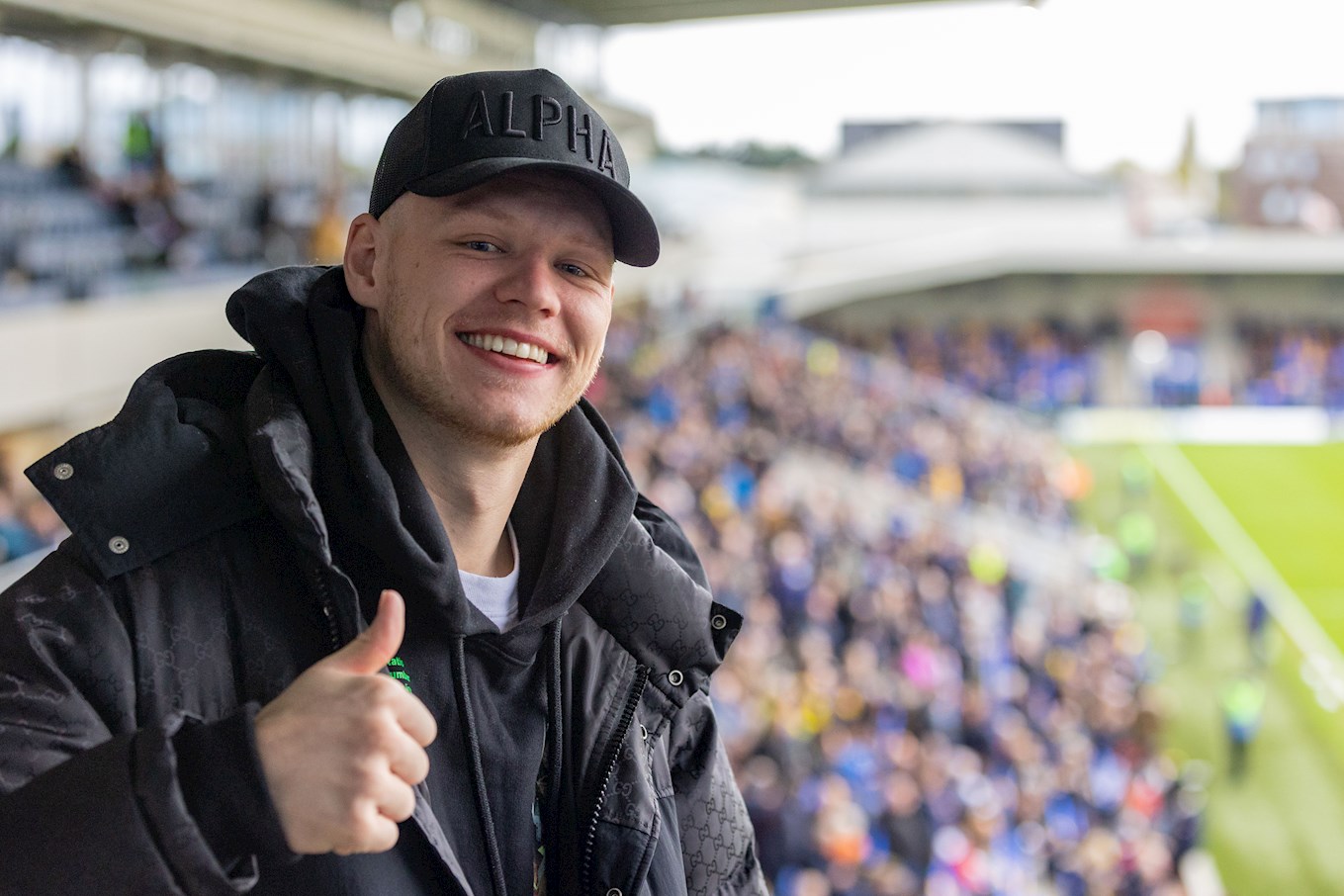 Q – You mentioned Tanz. It’s great to see him get his chance. We had those great sessions out there each morning with the camera! Both of you diving around, good memories?

A – Great memories! Every now and then I’ll be on YouTube and it’ll pop up what I’ve watched. You can’t go far without finding something of myself either with Wimbledon or with Bayzo! I still watch his sessions now with the keepers and it’s amazing how Willy Caballero is training with them. The experience he’ll give to Bayzo and to the keepers is top level stuff. I used to love those days in New Malden, diving around with the swimming poles! It was great!

Q – It was a pivotal moment in your career though – meeting Bayzo. You spoke about Willy Caballero as well. Bayzo really is a great goalkeeping coach though, not just a character?

A - He’s a top-class goalie coach. A lot of people talk about him as a character, but I always like to say the goalkeeping coach comes first. He’s not the only one, but he was a massive part in my journey, and I don’t think I’d be where I am today without the help of him. He’s a small cog in my machine, but if that cog was missing, I wouldn’t be firing. You just have to look at who he has worked with – myself, George Long, Tanz is doing well, Joe Bursik, Joe McDonnell, Sheasy (James Shea) – there’s loads of keepers you could reel off. He’s a huge part of the team.

Q – It’s going well for you at Arsenal. You got into the side, six unbeaten since, but as you know from your days at Wimbledon – stay humble and keep working hard?

A -Yes. That’s it. It could quite easily be taken away, just as quickly as I got in. For me, it’s to stay in the team week-by-week and keep producing good performances which the team and the staff are happy with. That’s all I’m bothered about. I’m loving the connection I’ve got with the fans there, like I did here, but ultimately, they are not the ones picking the team. If I keep the manager happy, which I’m doing now, I’ll be doing well.

Q – With England, we know the outcome, but that was an incredible summer. You were looking to go on holiday, and you got the call suddenly?!

A – Yes! Me and the Mrs were going to go on holiday and go and chill. The next thing you know, I’m in the squad, I’m fully part of it and it was some of the best weeks of my life! I keep saying it was a great lad’s holiday! That’s just the team spirit we had, and we were just a few kicks away from achieving something great. It’s just added momentum and hunger to do well in the World Cup and hopefully I can be a part of that again and hopefully that’ll be to do with a starting role.

Q - Really good to see you. Make sure that now you’re down in London you come and see us again.