We’ve been counting down to our match versus Sheffield Wednesday on Saturday by recalling classic previous meetings – and today we feature a convincing away win for the Dons.

The picture below shows John Hartson striking one of his two goals 21 years ago, as Terry Burton’s men hit the goal trail in South Yorkshire. 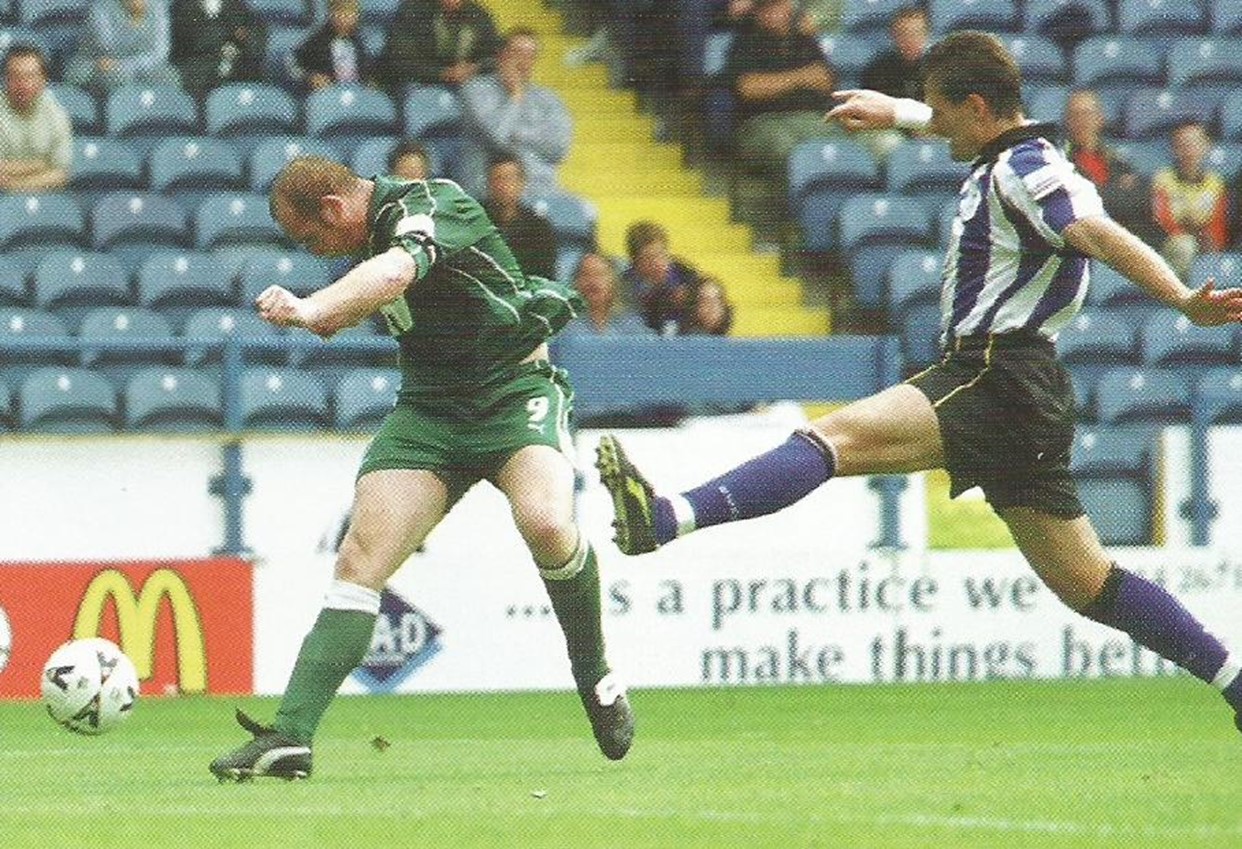 Following the trauma of their top flight relegation, both clubs were struggling to come to terms with their reduced circumstances when they met early in the 2000-01 campaign. Despite being unbeaten in their first four games in the Nationwide League, the Owls were outclassed during a second half in which the previously winless Dons appeared the more likely to  secure an immediate return to the Premier League.

Under pressure for much of the first period at Hillsborough, the Dons emerged to score five goals and put their season back on track. Fine goalkeeping from Kelvin Davis had kept the visitors in the match before Damian Francis’ 50th minute volley saw the floodgates open. John Hartson scored two goals, Jason Euell grabbed two more and such was the state of the Wednesday defence by the end that Wimbledon could easily have had more.

“It was five but it could have been eight,” Owls boss Paul Jewell admitted. “We threw in the towel after going a goal down. The players are ashamed of themselves and so they should be.” By contrast Burton was delighted. “We have taken some time to adjust to dropping out of the Premiership but this is a great start for us.”

Faced with the need to drastically reduce their wage bills, neither club had the wherewithal to mount a serious promotion challenge in the months ahead.

This series is written by Stephen Crabtree, editor of The Historical Don, and issue 34 will be on sale in November.