Two of our goalscoring heroes from the past have thrown their weight behind an exciting campaign to showcase our glorious history.

Alan Cork (pictured above at Wembley in the 1988 FA Cup Final) and Kevin Cooper are two of our former players supporting the campaign by WiSH (Wimbledon in Sporting History) to create a timeline experience in the West Stand concourse. It will celebrate the amazing history of Wimbledon and AFC Wimbledon, celebrating our journey from 1889 until now.

Alan played a major part in Wimbledon's remarkable rise from the old Fourth Division to the top-flight, and he is still revered by Dons supporters today.

He said: "After 14 years and all those goals at Plough Lane my picture will be on the wall! Hopefully, yours will be next to mine. I will see you all soon at Plough Lane. Don't forget to donate."

Kevin Cooper added: "What a story it's been for the club, it's amazing, and there's a very exciting thing happening at the stadium with plans for a photo wall. I'm really proud that my photo is going to be on there, and you can get on there too. Make sure that you donate."

Kevin's goals were pivotal in our rise after the reformation of the club in 2002, and he is still AFC Wimbledon's record goalscorer.

To make the iconic timeline happen, a crowdfunding campaign has been launched. If you contribute as little as £10 your image (or an image of your choosing) will be part of the timeline in a photo montage. To make a contribution, visit this donation page.

The picture below shows Kevin Cooper celebrating one of his many goals at Chessington! 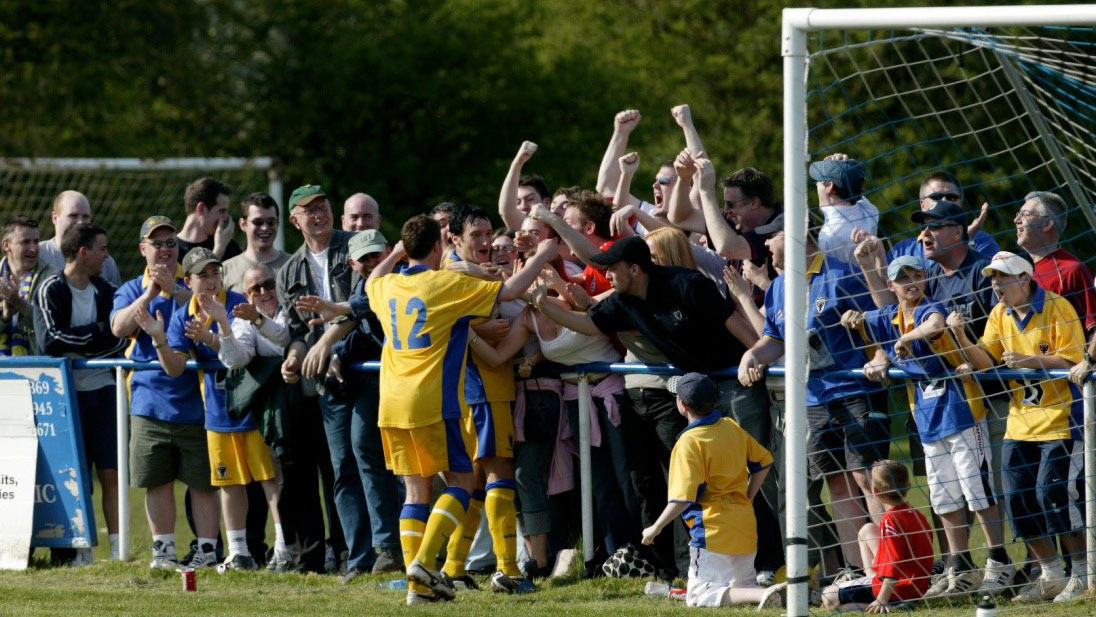