First team physio Tim Maynard is hopeful that centre-back Paul Kalambayi could be in contention when The Dons return to League One action against Sheffield Wednesday.

Paul has been ruled out with a quad injury, but he is nearing a return having been put through his paces at our New Malden training facilty this morning.

"He's doing great," said Tim. "We've just done a session outside. We're looking at the faster speeds, which are really important given the type of injury that he's had in his quad.

"We've worked hard, we've done a bit of ball work and some straight line running and it's looking really posiive at the moment. He has no symptoms at all. We just need to get him into training and we'll be seeing how we do that with Chris (McConnell) and Robbo.

"He had an injury to his left quad, so quite high up. Given how things are going, there's a good chance he'll be available for Sheffield Wednesday. I don't want to count my chickens too soon, but it's looking really positive and we'd be delighted to have him as part of that squad."

Tim also gave us the latest on striker Ollie Palmer, as he returns from a calf injury.

"Ollie is working hard," said Tim. "He's been doing lots of work, but not outside. With that calf, we just want to be careful how much we push him and just try and pick the right time.

"He's doing things in the gym which are all jump based, that expose his calf to the right kind of stuff. He's also doing some hydrotherapy, so he's running in the water. He's doing bike fitness, so he's keeping fit.

"It's just a matter of picking the right time for him to get outside for training and when he's ready. The more time that we take is probably the sensible approach."

Tim also had updates on the returns of young defenders Luke Jenkins and Jack Madelin, on the way back from long-term injuries. Huseyin Biler and Zach Robinson both returned to the club from loan spells and are also on the way back to full fiitness following injuries.

You can see a comprehensive update from the treatment room with physio Tim Maynard below, via the link to our official YouTube channel. 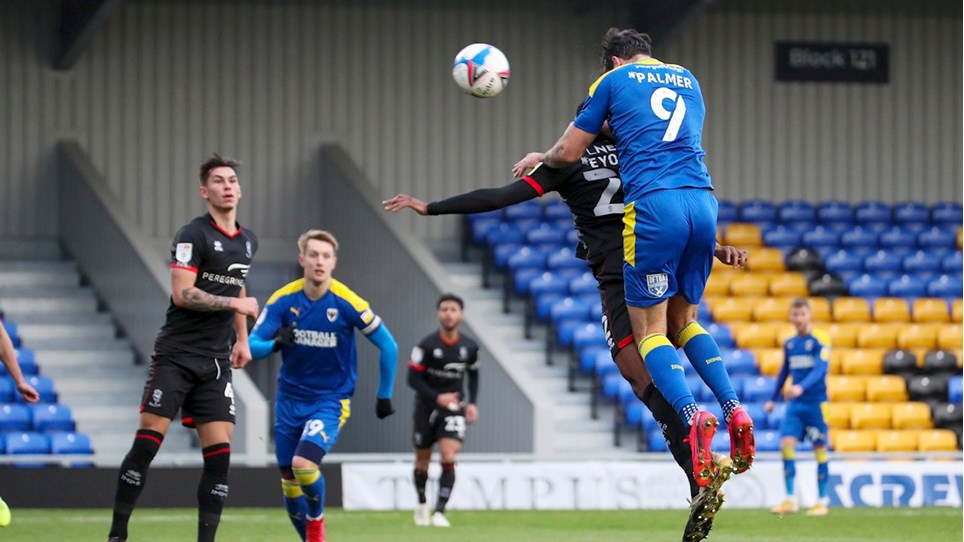 
Our physio Tim Maynard has issued a positive update on the first-team players currently out injured with Ollie Palmer among those to make good progress.