Henry Lawrence provided a superb demonstration of his talents last Saturday - and he’s been made to feel at home off the pitch by a unique double act!

At the age of just 19 and away from Chelsea for the first time, Henry has been helped to settled in by two of our more experienced heads – Alex Woodyard and Bayzo!

“Woody and Bayzo – I’ve never met anyone like them! They are hilarious. Ayoub doesn’t live too far away from me as well, and I also talk a lot with Dapo.

“This is my first loan, and everyone in the team has been so welcoming. I get on well with everyone, they are always talking to me and I’m always joking around with them. I’ve been made to feel that I’m a part of the team.” 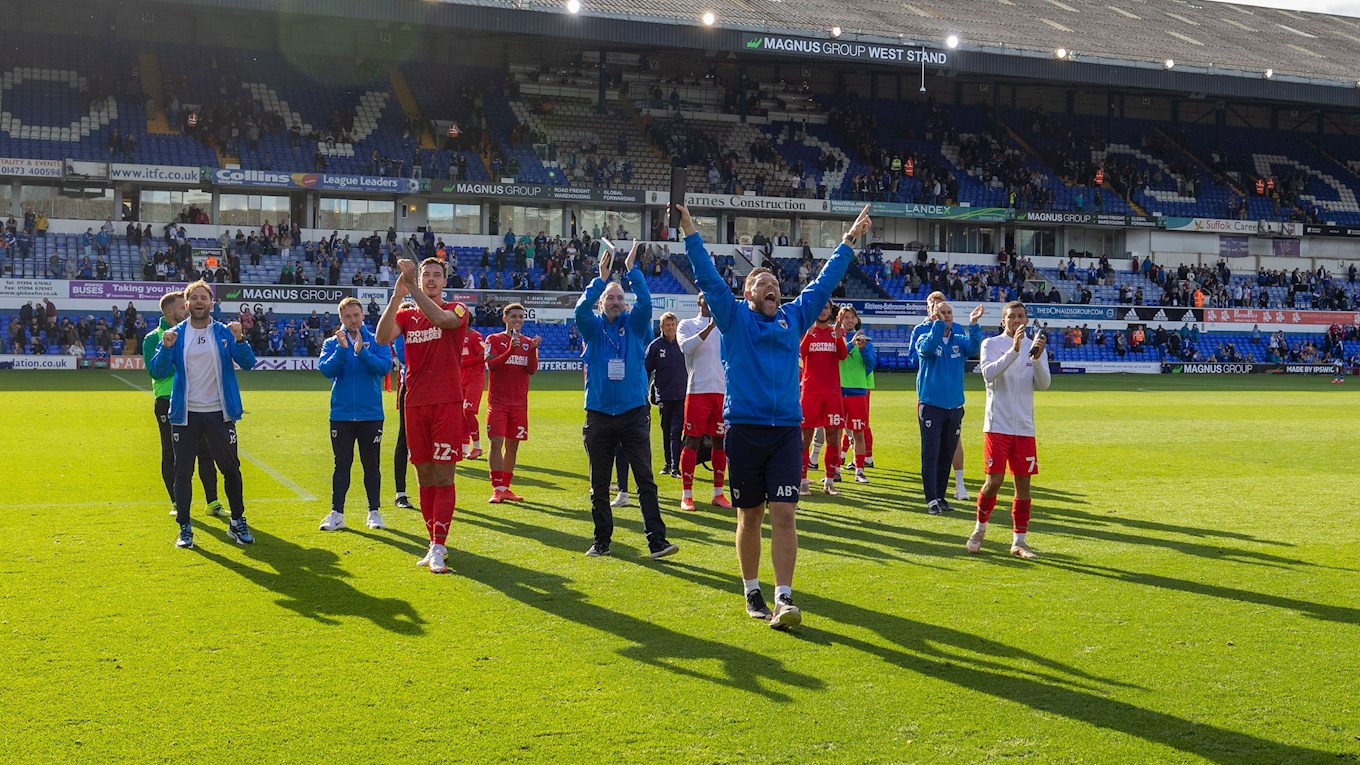 Henry played a pivotal part in our dramatic victory at Morecambe last weekend, his brilliant solo run and cross setting up Ethan Chislett to make it 2-2. The England youth international was switched to left-back up in Lancashire – and that’s certainly a position he enjoys playing in after showing his versatility at Chelsea.

“It was a very good assist, but there was not a lot of time to enjoy it as we were behind, and it was for the equaliser,” he recalled. “It would have been more enjoyable if it was the winning goal, but we got the win in the end, so I could enjoy it afterwards.

“It was a frustrating game. We knew we were the better team and it was just what we deserved, so getting the win and celebrating with the fans meant everything.

“There were about six goals in there that could be contenders for goal of the month! It was a good game, but I’m just so happy we got the win, which was the main thing.

“Last season for Chelsea Under-23s I played more games on the left, so Saturday wasn’t anything new for me. I had already got used to it. I was with ‘Simmo’ (James Simmonds) for the FA Youth Cup and I played in multiple positions, so he has helped me with that.

“Over the last few years, something I’ve tried to do is beat players and create chances, so luckily it’s coming off in the games. Hopefully, I can keep on doing it.”

Having progressed through Chelsea’s academy, Henry has received top class coaching, but playing in front of big crowds is something he’s not been accustomed to – and running out at Plough Lane every other week is a prospect he has relished.

“I look forward to every home game because I know what it means to the fans, they make you feel that you are loved and they welcome you into the team. Especially after last year when there were no fans at games and now there is a new stadium, you can tell that it means the world to them. Getting wins for them is what we want to do.

“My family have been at every home game, apart from the Oxford one, and they are loving it. Everyone is excited, the fans can see the football that we are playing and the results we are getting. We are only going to get better, so it’s exciting times for Wimbledon.”