The Blue & Yellow Club has gone from strength to strength since its inception with members making a key contribution to the first-team squad and enjoying a host of behind-the-scenes benefits.

They are now looking for new members for the 2021/22 season.

Club co-founder Iain McNay described joining as a ‘win-win situation’ for those supporters able to afford the £1,000 a year annual fee.

Just recently, the initiative helped to fund a pre-season cycling week for the first-team squad at Richmond Park and a few years back the club raised funds for our sports science team to utilise heart monitors for the players. Overall, the club has raised over £300,000 since its formation.

“A key aim when we started out was to raise more money to help the first-team squad, and the rewards for members was getting those behind-the-scenes benefits at a low cost to the club,” said Iain. “The dinners with management are quite intimate occasions when fans can ask any questions that they want and they get an honest answer. It’s nice for members to form a relationship with the manager.

“The members also really enjoy getting together at away games, having lunch beforehand and making a day of it. I think what you get for your membership is unique and special. It is of real value if you are a supporter who can afford it. In return for their support, members get to visit the training ground and attend dinners with Robbo and Rob Tuvey, so it’s a win-win situation really.

“We have already been active this season with a few of us chipping in to support a special week-long training session, paying hotel accommodation for players that lived too far away and renting some bikes to help the team achieve optimum fitness. We see our efforts this season more directed towards supporting the emerging younger players whenever we can.” 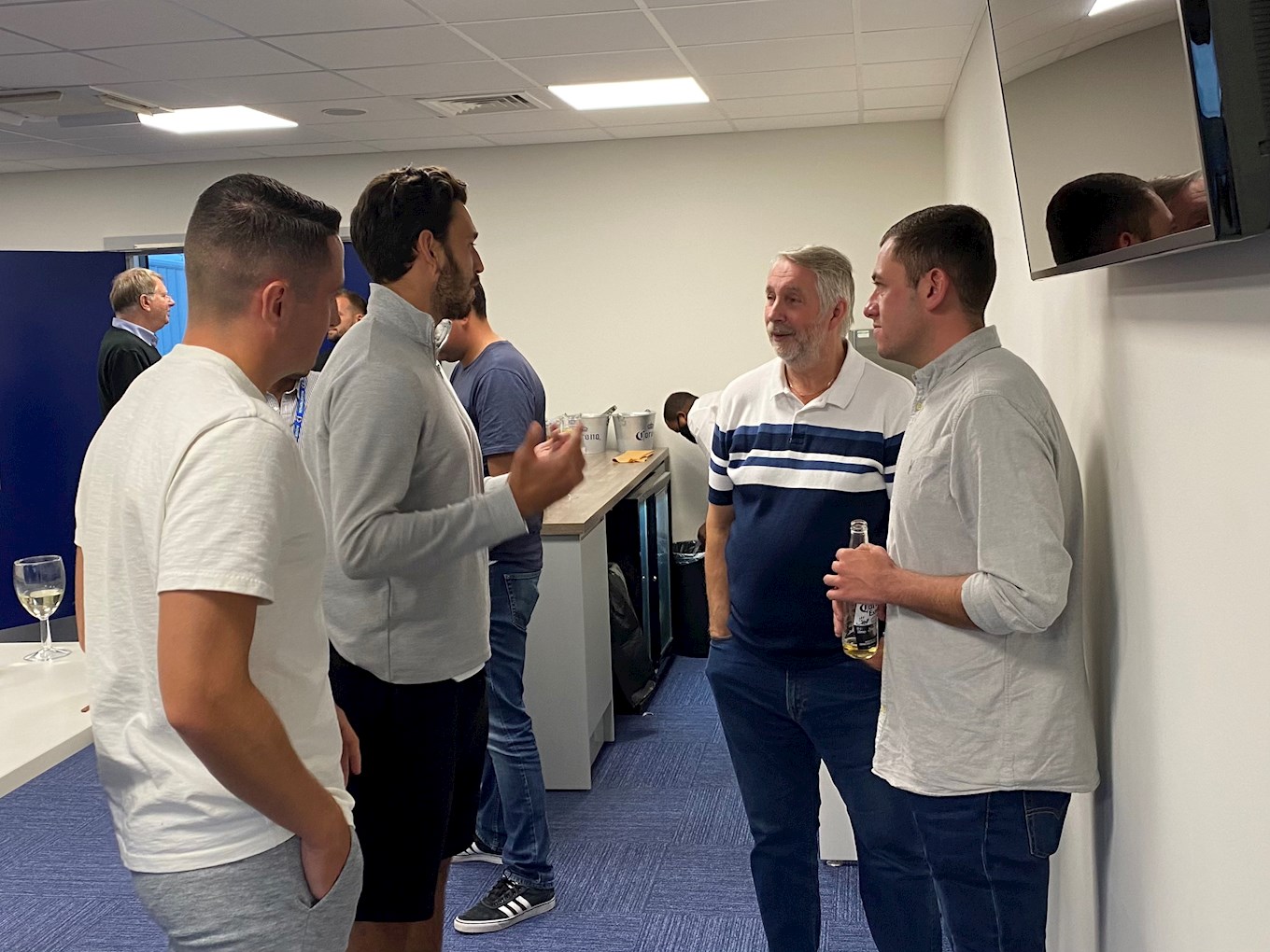 Formed nine years ago, the Blue & Yellow Club last season had 30 members and the first event this season took place recently with a ‘meet the players’ evening in the boardroom at Plough Lane. With the new stadium to host events, Iain hopes that the club’s membership can grow further. A dinner with Mark Robinson and Rob Tuvey is planned for Thursday 30 September with a visit to the training ground pencilled in for a month later.

New members are welcome to join immediately and get involved.

There are two ways to join, either as a ‘Blue’ member or a ‘Yellow’ member. The former works best for those who attend matches regularly and the latter for those who are only able to make the occasional game.

The ‘Blue’ membership package is for supporters who attend matches regularly.

The benefits of the ‘Yellow’ membership includes: