AFC Wimbledon today proudly unveils our new stadium sponsors - and one of the longest-running ground partnerships in British football.

We are delighted to confirm our new home will officially be called The Cherry Red Records Stadium. The historic three-year deal was agreed after the company volunteered to pay the entire 36-month period in advance – giving us vital revenue at a time when we are still recovering from the financial impacts of Covid.

As most of you will know, Cherry Red Records were our old ground sponsors at Kingsmeadow for a long period that stretches back to the days when we were still climbing through the non-League pyramid.

“AFC Wimbledon has only ever had one ground sponsor – and that’s us," said Cherry Red Records Chairman Iain McNay. "Taking into account our new three-year deal, we will have been the stadium sponsors for almost 20 years.

“Most ground-naming deals just last a few years so I guess we’ve broken the mould. In fact, I think it’s probably a record in British football. When we first started, ground sponsorship was practically unheard of in non-League football and it also wasn’t that common in the Football League, either."

Iain, who also chairs our PLC Board, is an unashamed fan and rarely misses home or away matches. “Nobody had really thought of ground sponsorship when I first suggested it all those years ago – in fact we may well have been the first non-League club to do it,” he recalled. “We started off by paying a relatively small amount and then it gradually grew each year as we rose through the leagues.” 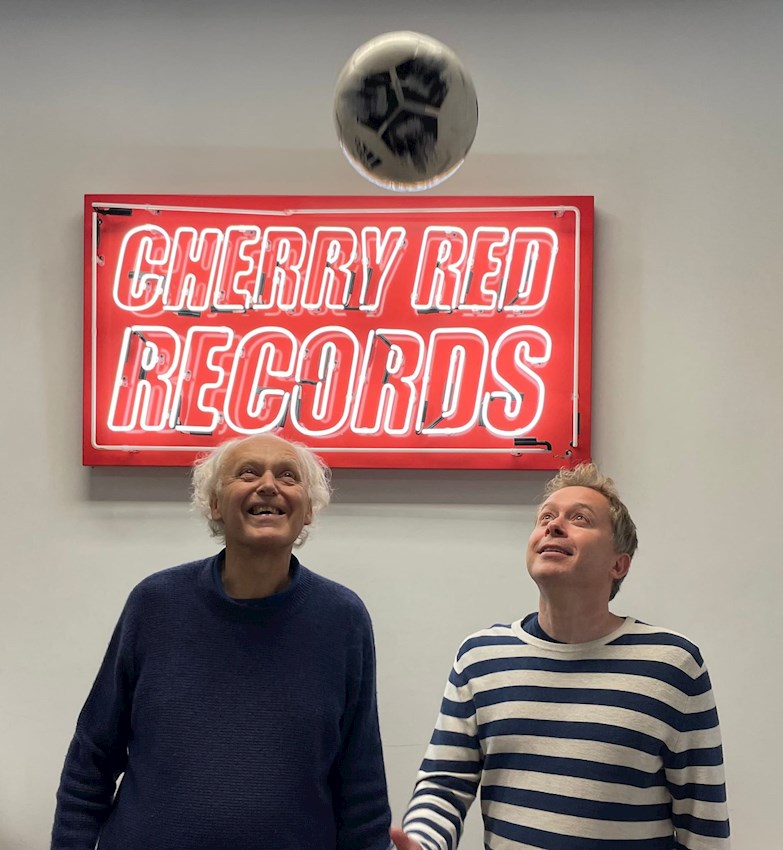 Like everyone, Iain (pictured left above with Adam Velasco, Managing Director at Cherry Red Records) became increasingly excited as the prospect of moving back to Plough Lane transitioned from dream to reality.

“Of course, I wanted us to be the first Plough Lane sponsors,” he said.

“It makes me feel very proud. I love the fact that we have proved fan ownership can be successful and I love the fact we have overcome so many hurdles and navigated the club to where it is now.

“I love the volunteer culture as well and the way people put in extraordinary hours to help grow something they truly believe in. Cherry Red will be reviving the popular Volunteers' Away Day which we sponsored but got lost amid all the COVID setbacks.

“Most ground-sponsorship deals are purely business arrangements but that’s not the case for Cherry Red and never has been. It’s always been about supporting the club and helping it thrive.”

Plush new signs have already been designed and Iain can’t wait to see them have pride of place around our new home.

“Everybody I have invited here says the stadium is beyond their expectations. I have travelled around the country and been to most new grounds but so many of them feel soulless. Very few have what I call the sweetness of home.

“You can feel our stadium has a heart and an atmosphere, and it’s just fantastic when the sound bounces off the walls of the surrounding apartments.”

Dons Trust co-chair Xavier Wiggins welcomed the news and said: “This is an excellent deal for the club, especially as we emerge from such difficult, Covid-dominated times.

“An investment like this helps put us on a really strong foundation and enables the club to carry on building into the future.

“It also comes at a time when all football clubs have lost so much match-day revenue because of Covid and we owe a massive thank you to Iain, and Cherry Red Records Managing Director Adam Velasco, for offering to pay the entire amount up front at such a key moment.

“They have been wonderful supporters of our club for such a long time now and it just feels right that they are the first sponsors of our new home and our great relationship continues.”

Cherry Red Records are one of the UK’s longest-running independent record labels with 43 years in the music industry. The company releases an average of 30 to 40 albums every month, covering a vast range of musical styles. Adam said: “We do anything from punk to goth to disco.

“We specialise in high-end box sets and re-releases – either on vinyl or digitally for all the streamers and downloaders out there. We really do cover every musical taste with many thousands of artists.

“It’s fair to say everyone at Cherry Red Records is really excited to be continuing our long relationship with AFC Wimbledon. We are all genuine football fans and we’re delighted to be taking our partnership to another level.”

Our commercial director Ivor Heller also added: “Everyone knows that Iain has a great love and affection for our club and that’s why this deal has happened. But I’d also like to thank Adam as well. He’s played a big part in pulling it all together.”