It’s been far from a rapid rise to the number one spot for Nik Tzanev, but the Kiwi international is certainly making up for lost time now – and our Goalkeeper Coach Bayzo believes that there’s plenty more to come.

After Nik signed a new three-year deal, Bayzo recalled the days when the keeper first trained with us in 2017 after leaving Brentford.

“He was a big, tall, skinny lad! It wasn’t even a trial really to be honest. I knew his previous agent, and he asked me if we would take him in just to train with us. When he came in we were in the process of selling Joe Bursik. I quite liked him, and it sort of just went on from there. He’s had his ups and his downs, as you do as a goalkeeper, but he’s still very young. He’s had his loan spells, he’s still learning, but he’s prepared to learn, and he’s prepared to put the hard work in. Long may that continue.

“It’s nice on a personal note to get one of my own goalkeepers, he’s been with me four years, to sign a new long-term deal. I’ve had loans for the last five or six years, so I’m delighted, but I’m also pleased for him. Now it’s a question of him kicking on again, and improving him, so that he continues his form in games.”

On working with Nik to maintain the massive strides that he’s made in 2021, Bayzo added:  “He’s only 24, so he’s still young in terms of goalkeeping and there is loads in front of him, but he’s getting regular game-time now. He’s in a rhythm, he has good momentum, and I’m looking forward to implementing more ideas with him. He’s a braver keeper now in terms of what he does, and he does it in a game. We get full houses now and big crowds. It’s okay being able to do it in training, but when it comes to games it’s down to mentality.

“The strengths in his game include the distribution with the way that we play, his game understanding, and coming for crosses really. Probably his mentality has been the biggest improvement that I’ve noticed. I’m always proud if I can get a young goalkeeper through the system and if we’ve lost a few in the past, but this is a bit different. He’s a first-team goalkeeper, a senior goalkeeper, and I’m delighted that he’s agreed to sign a new deal.”

Robbo praised Bayzo for the impact he has made with the development of goalkeepers at the club.

“Bayzo is fantastic, he’s invaluable to this football club, and what we do," said our Head Coach. "I think he now realises how appreciated he is here. The goalkeepers we’ve continually produced is no fluke, it doesn’t just happen. It happens for a reason and Bayzo is a massive part of that.”

Click on the link below to listen to our full interview with Bayzo. 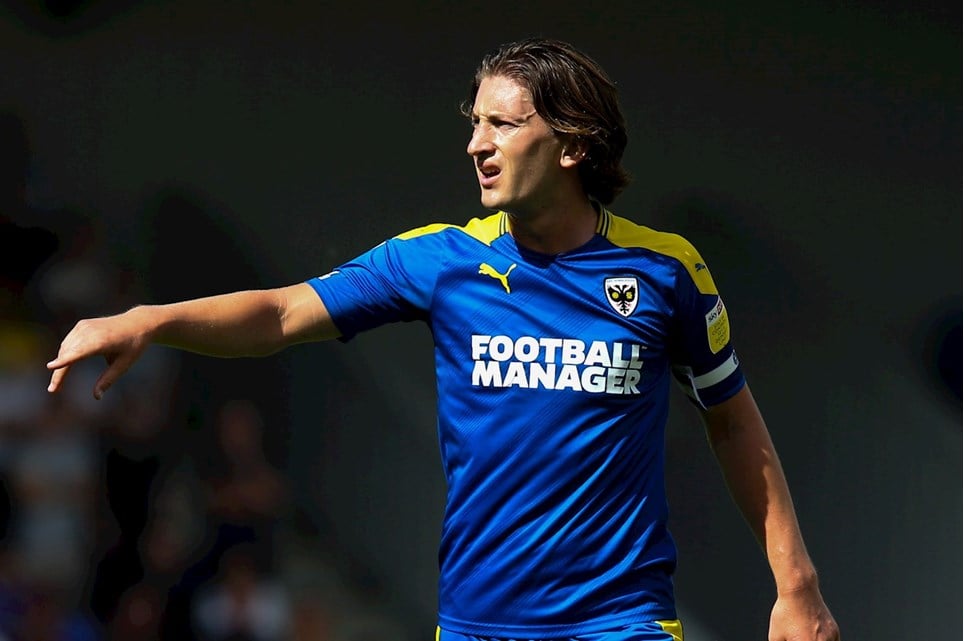