After scoring four in eight games Will Nightingale is considering a switch from his ‘Classic Shearer’ goal celebration!

Before this season it was not something our home-grown defender really thought about as he had only scored three times at senior level, but now he’s more than doubled his tally!

Speaking last night on the brand new BBC Radio London Sports Show,  Will said: “Andy (Parslow) has come in as our Restarts Coach and everything he’s doing is about our set pieces, whether it’s throw-ins, corners, or free-kicks. He works tirelessly on all the areas of it, and it’s been nice to get on the end of them. I probably need to work on the celebrations a little bit! I just run off into the crowd really with one arm up in the air – Classic Shearer! I can picture myself stumbling if I try a knee-slide! It’s brilliant to get among the goals, and I think it’s something I can add to my game, so hopefully I can carry on getting them.”

Following the dramatic 4-3 win at Morecambe, Will added that the squad always believe that they can come from behind – as shown on so many occasions this season.

“We don’t make it easy for ourselves, but I think we showed good character to come back and I think that seems to be the feeling in the changing room this season,” said Will. “We feel that whatever the predicament we get ourselves in we can always turn it around. Our team spirit is starting to show on the pitch because we are such a close squad, so hopefully the results continue to follow. We’ve had a good start to the season, but to be honest in our next game I’d love to take a boring 1-0 win!

“Mark Robinson has been brilliant with us, and he likes to give us ownership because there are times in games when he’s not always going to be able to sort things out for us. When you go to places like the Stadium of Light and there are between 30,000-40,000 at the game it’s not always clear and easy for him to get instructions onto the pitch. Even though we are a young squad Robbo wants us all to be leaders and figure out solutions for ourselves on the pitch. It’s definitely still a work in progress, but I’m pretty sure he would agree that we are starting to get there.” 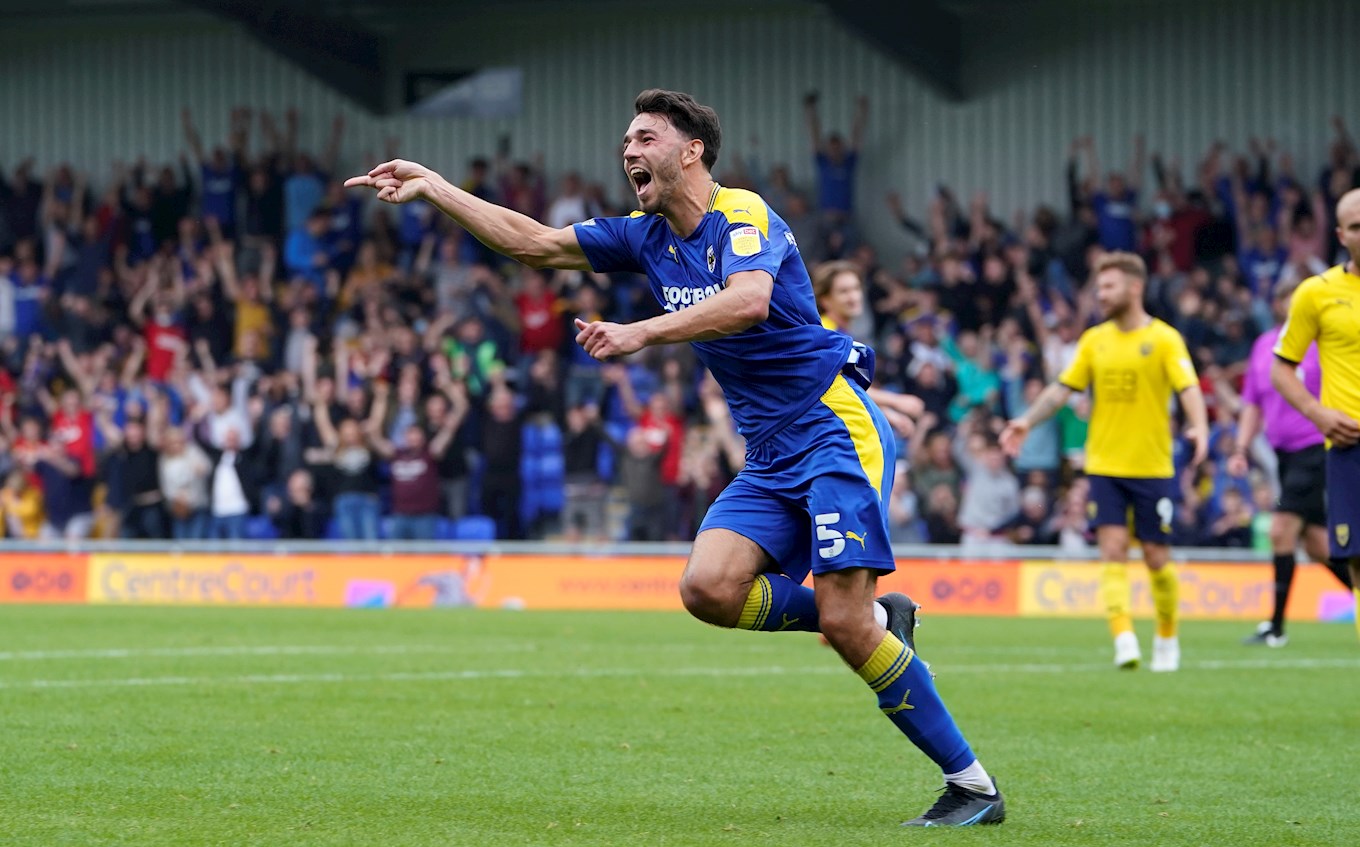 Will has loved the connection between players and supporters this season with the atmosphere at Plough Lane having really helped Robbo’s boys this season.

“The fans are finally back home at Plough Lane and we just want to give them performances to be proud of,” added Will. “The stadium is in incredible, but massive credit to the fans as well for how they’ve been since they came back.

“With Robbo having worked at the club for so long, he knows exactly what it’s about. He is massive on drilling values into us off the pitch, as well as on the pitch. He wants us to be proper human beings and be as close to the fans as possible. The atmosphere has been electric, and that helps us whenever we are in a bad position on the pitch. We always believe we are going to get back into games and I’m pretty sure the fans do as well because we can all feel that atmosphere. It’s incredible really.”