Mark Robinson talked passionately about meeting the challenge of Arsenal head on - and using it as a marker to assess the progress of his young squad.

Defeats have been rare since Robbo took over as Head Coach in February, and one of those came on Saturday at the hands of Plymouth, but that has far from dampened the enthusiasm and motivation of a squad that has clear belief in the methods deployed to create success.

Below is Robbo’s full Q&A ahead of tonight’s trip to the Emirates Stadium.

A rare defeat for AFC Wimbledon on Saturday, but coming in here today you wouldn’t think that was the case!

“There’s no need to get upset about it because of the manner of the performance and the fans can see that the players are putting in maximum effort. Football is a game of small margins and when I watched it back it went exactly how I felt it did first time. In the first-half if we had gone 2-0 up, which we probably should have, it would have been as good as we’ve played so far, if not the best. I thought some of the football was outstanding, but we didn’t score.

“Obviously, we had to look at if there were things we could have done better in the final third, but I thought are levels of play were exceptional. In the second-half them getting a goal made it difficult because their defensive record is fantastic. We found it a little bit harder to break them down, and we didn’t quite have the finishers to give us other options, but there is still loads to be pleased about. We are just looking at how we can be better, but there is nothing to be down about.”

We’ve talked a fair bit about how young this squad is. Does this really help when we go to the Emirates Stadium as perhaps there will be no fear?

“It does if they have the right mentality, and I believe they have. I don’t always think it’s an age thing, it’s just about how you approach games. I’m confident they will approach the game with the right attitude, and I want them to go there with no fear. It’s so important that they go there with no fear because at the end of the night, whatever the result, we want to see how far we’ve come.”

In recent years we’ve had cup games against Liverpool, Spurs, and West Ham, but how important is it that we put in the right kind of performance for the Dons fans?

“Massively important. In particular, if you look back at the West Ham game when we really took the game to them, it was exciting, and our fans will be travelling in great numbers. It’s really important that we give them something to be excited about. We have to go there and try to implement our game so that we put our mark on them. Obviously, that’s not going to be easy, so when we haven’t got the ball we have to be disciplined, as well as aggressive. When we get the opportunity we have to make sure that we have the belief to keep the ball as well as to hurt them, so that’s the plan.”

We know you are keen to be building for the future and you want more of these kinds of occasions for a club like Wimbledon. Is this the type of game that offers an opportunity to put a marker down to players you want to keep here and players you want to attract to the club?

“It’s so important that we go there and try to be the best version of ourselves. If we go there and sit behind the ball, that’s not what we do week in and week out, so I don’t see any point in doing that. It might be a close game, we might nick a win, but in terms of where we want to go in the future as a club I’m not sure that’s the right way to go about it. We have to go there and be as true to ourselves as we possibly can. If that brings the win, fantastic. If it doesn’t, at least we can look at what we need to work on.”

You’ve talked about having a real connection with the fans and we’ve heard a few nice stories about the trip back from Morecambe with fans. What was that like?

“We are very fortunate that we get to go in first-class and on the way back from Morecambe we had around 20-30 fans on the train. I just felt it was important that we invited them in to come and meet us and get some autographs. Some of them wanted to, and the players felt more than obliged to do that. It’s so important to build that attachment. Big grand gestures are very easy, but it is the small details that build the attachment between the players and fans, so they welcomed it. It was good.” 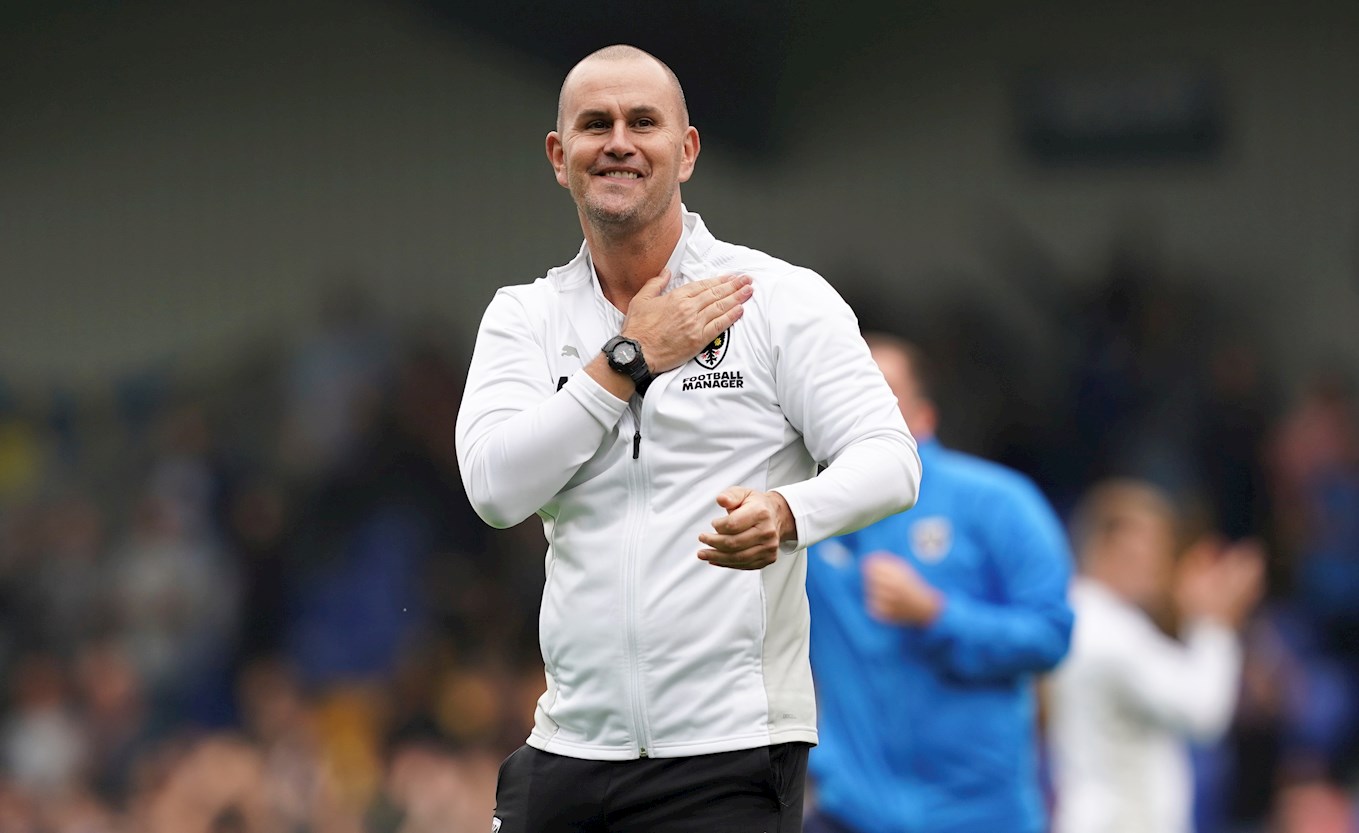 A nice touch from Arsenal with their matchday programme as it shows Thierry Henry on the front over with the old Wimbledon badge. Does that evoke some memories? 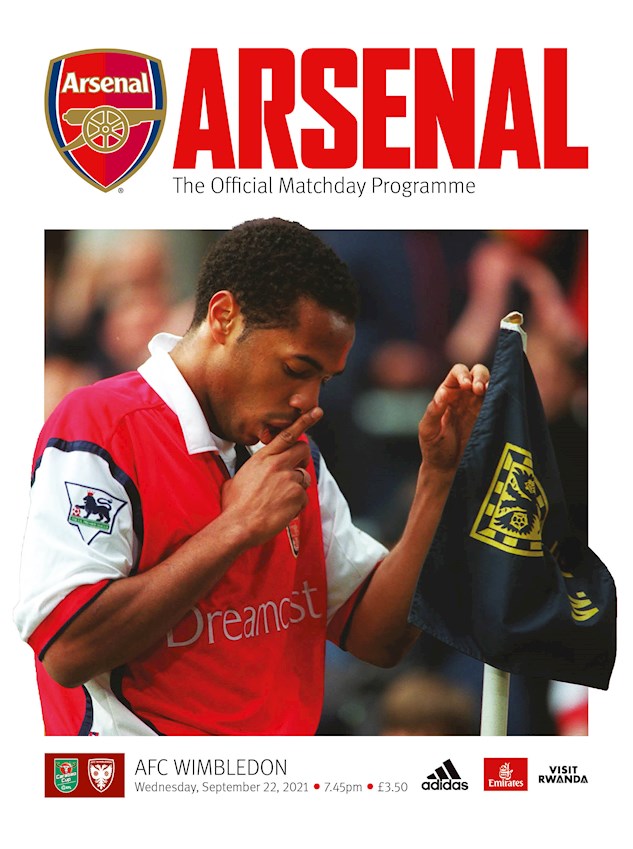 Do you think a club with Wimbledon’s history and heritage should be having more of these nights?

“That’s the plan! I can only see that coming if we continue to build our identity, and continue to get the fans to buy into what we are doing, and to build that attachment. We have to keep doing that on the pitch, and that was what was so pleasing on Saturday. Despite it not being a win on the pitch, it didn’t feel like that.

"I came out of the ground, and the fans were so great to me because they can see that the players are giving it everything. They seem genuinely excited. Woody called me after the Man of the Match presentation and he said, ‘I can’t believe what the fans were like!’ It was like we had won! That only happens because the fans can see the effort that the players are putting in, and they are seeing the football we are trying to play. We want it to be exciting. Obviously, we can’t lose too many, but I’m a big believer that you build that attachment, and you will get a certain amount of empathy if they see that you are giving it absolutely everything.” 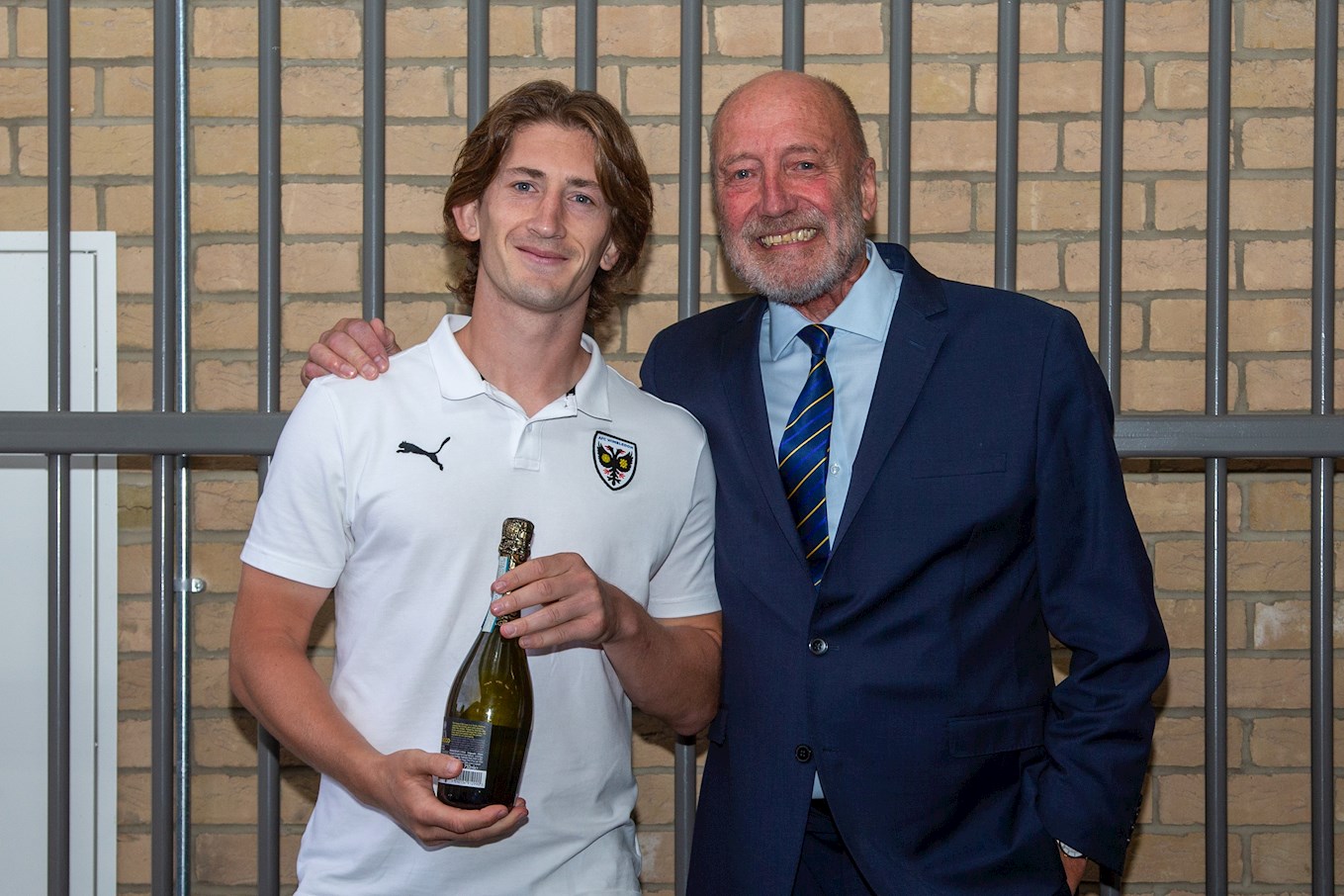 Have you had many messages from your old mates and people you used to go to the game with about leading out the Dons at the Emirates Stadium?

“My mates just abuse me, so I don’t get any kind messages from them! Other people have been messaging me saying, ‘make sure you enjoy it’. It’s important, and I have to enjoy it as well. As well as being professional, making sure we are set up and we are all doing our jobs properly as staff, it’s really important that we enjoy it.”

Is picking a side for Wednesday going to be really difficult?

“I have got some tough decisions to make. In this competition we’ve rotated quite a bit and players have got us to where we are. There has also been a bit of rotation in the league, and our performances have been really high. We’ve got a really busy schedule coming up with two away games on the spin at Shrewsbury and Rotherham. We will be picking a side that we believe can go and get a result, but at the same time we have to look at what we have coming up as well.”

Jack Rudoni and Ollie Palmer both missed the last match versus Plymouth, so what is their fitness like for this match?

“Ollie has trained, so I just have to check on him, and see how he feels. Rudi has trained, and as far as I know he has come through it with no problems at all. That’s exciting, but it’s just a shame we haven’t got PK and Paul Osew as they are players that did brilliantly in the two previous rounds. It’s a shame for them, but Paul Osew is not too far away now.”