We are delighted to announce that Nik Tzanev has signed a new contract at AFC Wimbledon.

The 24-year-old has been rewarded for his impressive form since being given the chance to be our number one by Head Coach Mark Robinson. The Kiwi international kept five clean sheets during the latter part of 2020/21, his penalty stop versus Northampton being crucial in our successful battle to stay in League One.

This season he has continued where he left off – and Nik is proud to follow in the footsteps of so many great Wimbledon keepers by being the man between the sticks at Plough Lane.

Speaking after Nik signed a new three-year contract, Mark Robinson said: “Nik absolutely deserves it. He has been fantastic, I’ve always had a great relationship with Nik, and I felt that if he got the opportunity it would just be a matter of confidence. That has been the case – it was just whether or not he could show that self belief. When he went out on loan to Sutton he did very well and the feedback we got was great. I just felt it was time to give him that opportunity, and he has been absolutely fantastic – even beyond my expectations.” 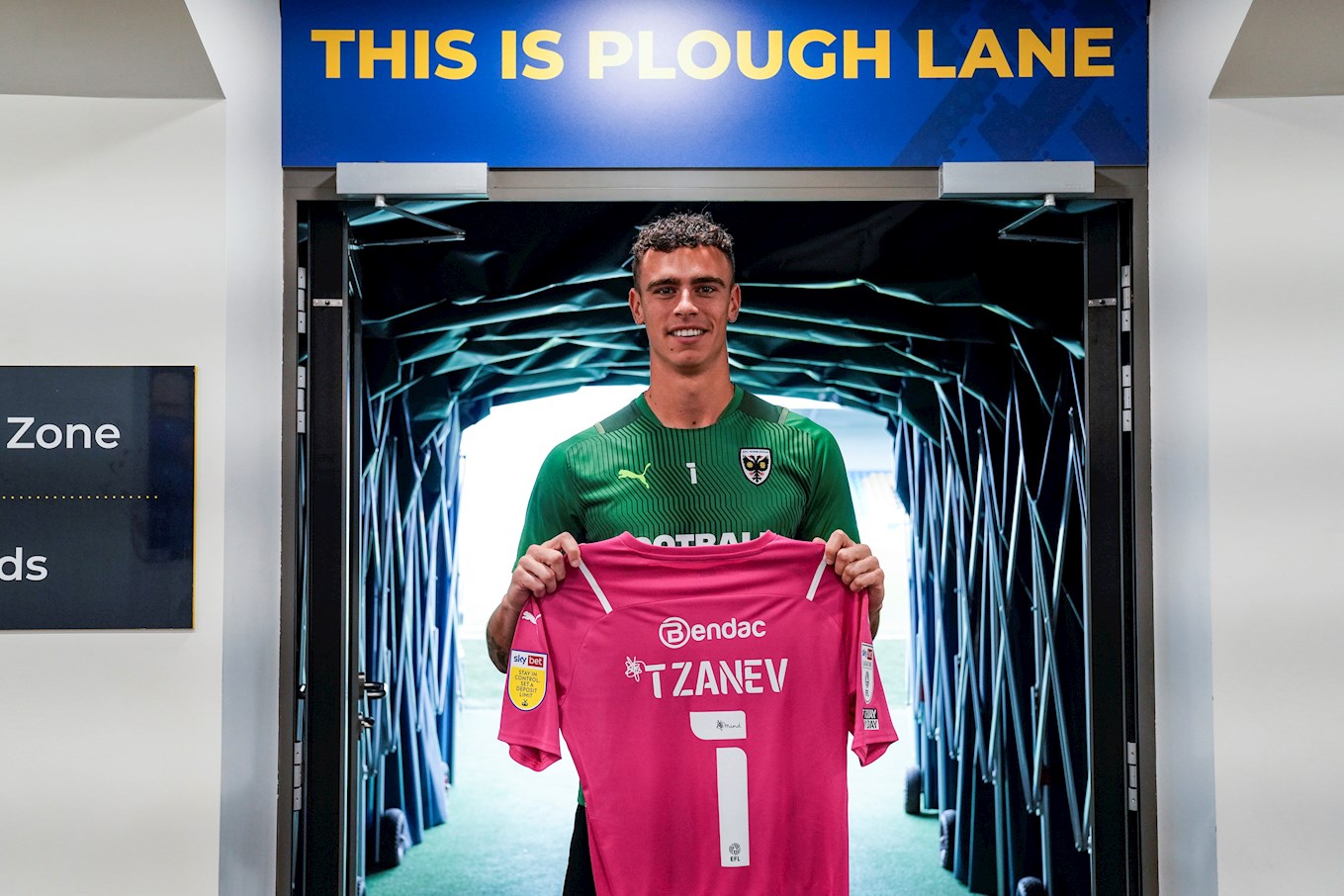 Nik has actually been with us since April 2017 when he signed for us after a successful trial after leaving Brentford. However, it’s only in the past six months that he’s become a regular – and Robbo added that he’s now a key part of the way that our team plays.

“We talk about taking the shackles off outfield players, but I think it’s no different with goalkeepers. For them to go to the next level they cannot fear making mistakes. I’ve always talked to Bayzo about Nik coming for everything, being on the front foot, and I’ve always said, ‘if you are going to make a mistake, do it being positive’. If Nik comes for something and he doesn’t get there I will take the blame. No one wants a goalkeeper staying on his line, shouting away.

“We want a keeper that’s on the front foot, can take crosses, and that’s been exactly the same with him playing out from the back. He’s a big part of what we are doing in attempting to get overloads, so that we get out. If you want a keeper to do that you have to take the fear away, and that’s what we’ve done. He’s doing brilliantly.”

On signing his new contract, Nik said: “It’s just amazing what is happening now with the club being back at Plough Lane and I thought it was only the right decision to sign a new deal and to continue being a part of the greatest story in English football: to potentially take us to the next level by progressing everywhere that we play.

“It means the world to me having the number one shirt. It’s just amazing playing in front of all the fans at Plough Lane. To follow in the footsteps of all the great goalkeepers that have been at this club is a real honour, and I want to leave a mark of my own in the time that I’m here. I feel that I’m progressing as well, maturing more and becoming more of a leader in the team.

“After I left Brentford I was given the opportunity just to train here in the first place, and I have to thank Bayzo a lot for that. He gave me a chance, and I think I applied myself quite well. I had to bide my time to get into the first-team.

“I value Bayzo’s opinion pretty much more than anyone, along with the gaffer, and I think it’s always good to get their views after games. We have a laugh as well, talk about what we’ve done at the weekend, so it’s not just a professional relationship. It’s a mutual friend relationship, and Bayzo has helped me so much on and off the pitch.”